A new 'Game of Thrones' stained-glass window has been unveiled in Northern Ireland. It is part of...

A new 'Game of Thrones' stained-glass window has been unveiled in Northern Ireland.

It is part of Tourism Ireland's 2019 'Game of Thrones' campaign.

The latest installation is in Belfast beside the SS Nomadic.

The window is all about the villainous and elusive White Walkers - complete with glow-in-the-dark paint for their eyes.

One final window will be unveiled by Tourism Ireland next week, to coincide with the airing of the final episode of season eight. 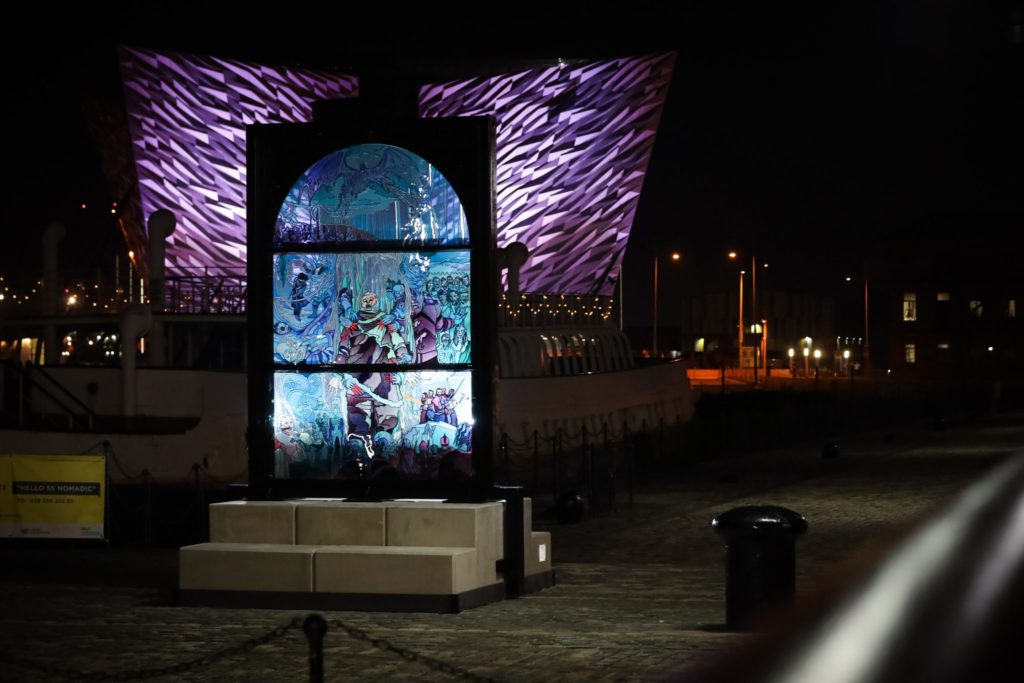 The fifth stained glass window of Tourism Ireland's Glass of Thrones campaign is all about the White Walkers | Image: Kelvin Boyes, Press Eye

These are located opposite Belfast City Hall, at the Waterfront Hall, the Lagan Weir and SSE Arena.

When all six windows are installed, they will form a 1.8-mile 'Glass of Thrones' trail in Belfast, as part of a range of 'Game of Thrones'-related experiences.

Interactive digital versions of the windows have also been unlocked on Tourism Ireland's website.

Here, fans can explore the panels and scenes, upload a photo to create a digital, stained glass 'selfie' and share that photo with friends.