Overcrowding is one of the major issues to emerge from the regeneration of Moyross in Limerick, a...

Overcrowding is one of the major issues to emerge from the regeneration of Moyross in Limerick, according to locals.

Some families report up to 13 or 14 people living under the same roof in a three-bedroom house.

The Moyross regeneration project was launched in 2008 with the aim of reducing the level of unemployment in the area.

Around €400m has been spent on the greater regeneration project in limerick, which includes economic and social developments.

However, over 1000 houses have been knocked across the city, with only one in four homes rebuilt.

Newstalk reporter Siofra Mulqueen went to Moyross to hear from locals what impact the regeneration project has had on the community.

In a report for The Pat Kenny Show, people said there is a stigma attached to the area, with one man labelling the project "a flop".

"That name, that stigma, is something that has struck forever, that'll never change no matter how much they do to Moyross," one woman said.

Over the next two days on the @PatKennyNT show on @NewstalkFM I'll be speaking to the people of Moyross about what's it's like to live there in 2021.

The regeneration programme began 14 years ago but has it been slow? Here's a snippet of what's to come in this two part series 🎥 pic.twitter.com/0eWfWxGPRr

"But even after they knocked all the houses, they haven't put anything where they took the houses out so it's just like barren land.

"There's nothing done about it when there's young couples or single mothers who would need that jump up and it would be handier for them if they could  get a council house."

Another man said there is a stereotype associated with people from Moyross.

"When a programme is failing the kid growing up, how is the kid supposed to prosper and learn from that?" he questioned.

"That kid is actually a really good kid, it's stereotyping the situation here that's not going away and it should have gone away for that kid during the regeneration."

"I think [the regeneration programme] was a flop, I think there's nothing after being regenerated, maybe a couple of new footpaths, the road is after being paved, that's all," a third local stated.

"There's a big unemployment rate out here because there are no factories, there's nothing out here, we're just cornered off." 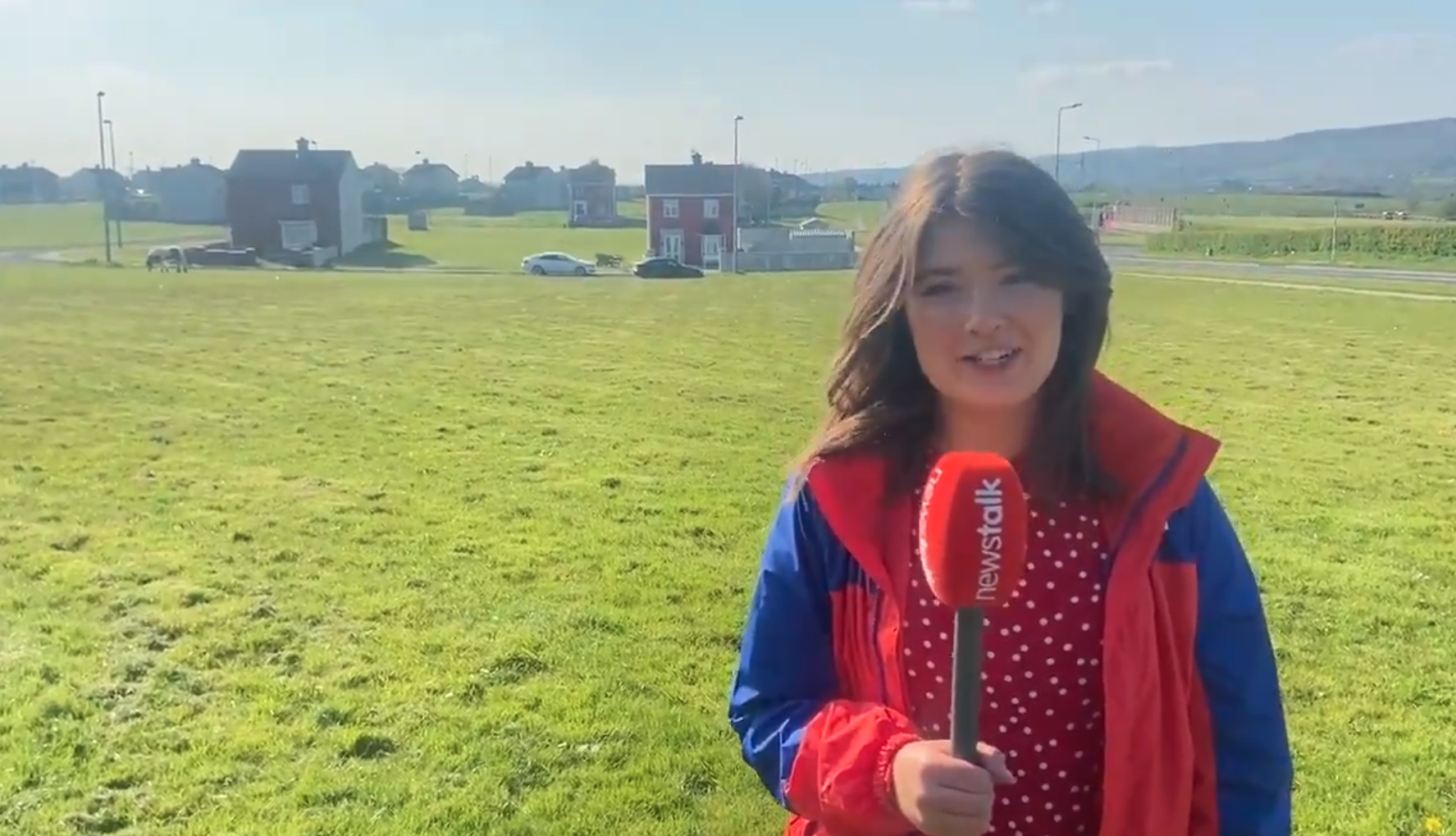 Tiernan O'Neill, principal at the local primary school, Corpus Cristi, said it was incredible to think that the people of Moyross were living in 21st century Ireland when the regeneration programme was launched in 2007.

"Thankfully, we've come a long way but I would always say the baseline was so low from where we started that we have an awful long way to go yet to ensure we can maximise the opportunities for the children here in our care," he explained.

Mr O'Neill recalled visiting families in their homes in 2007 and people would be sleeping on their landings, "because it was the safest place to sleep in case a bullet came through the window".

Several homes would also have steel shutters on windows in case petrol bombs were thrown at the house.

"Absolutely, the place has been transformed but it's in the context of an exceptionally low base," he added.

Lockdown has "amplified the issues in the community", he said, as homeless, mental health and addiction issues are all prevalent, as they are in many areas.

'Four generations living in the one home'

"One of the issues we would see here which have been exacerbated by COVID is the levels of overcrowding here, that has come about as a result of the scale of demolition, over 500 houses were knocked down in the process and only 45 housing units have been built in the last 14 years," Mr O'Neill added.

"That's led to massive overcrowding in homes, you could have three or four generations living in the one home so that could to 12 or 13 people living in a three-bedroom house.

"You can imagine the impact of that on learning and for me, it highlights the digital divide we've heard so much about, online learning is not going to be a priority in a home where there's 13 or 14 people.

The most important thing to come out of the generation should be housing, Mr O'Neill said, with other families living in hotels, direct provision centres and student villages.

"It's quite ironic when you hear the issues lately around mandatory hotel quarantine and we hear about young people who have been kept in isolation for ten days, we have young people here living in the same conditions for two, three, four years," he said.

"Their story hasn't been told and I think it's really important we don't forget that, the levels of homelessness we have in this country, yet as part of the regeneration process we've knocked over 1,000 social houses here in Limerick City, it certainly doesn't make sense to me."