There are calls for the future of Dublin's Monument of Light to be re-considered, after it was la...

There are calls for the future of Dublin's Monument of Light to be re-considered, after it was labelled one of the biggest eyesores in Europe.

Broadcaster Euronews asked its viewers to pick their most disliked monuments, buildings and developments.

The Monument of Light - or The Spire, as it is also known - came in at number five.

It "received a few nominations from our audience, which is why it appears fairly high on our list", Euronews said.

Joining it on the list were structures like the Tour Montparnasse in Paris, London's so-called Walkie-Talkie building and Milan's Bosco Verticale.

Mannix Flynn is an independent councillor on Dublin City Council. He told Lunchtime Live it may be time to re-think the work.

"I think to some people, definitely, it's an eyesore.

"I'd be greatly alarmed that there's a survey being carried out in Europe that's identifying this as a carbuncle - so to speak - on the landscape of O'Connell Street.

"Certainly opinion in Dublin is very much divided on it - and the more expenditure we spend on it, in terms of the cleaning bill for over €500,000, people are completely aghast at that.

"So maybe there's time now to consider whether we actually decommission this particular piece of work - and replace it with something that actually is much more in keeping and much more commemorative of our history."

He said while he personally likes the structure, there are many who do not and their views should be listened to.

"If you have it being regarded as an eyesore, you have to address that issue.

"There's a lot of people [who] like it, there's a huge amount of people that like it.

"And when you look at the base of it where people gather, if it's a rainy day you're standing in a pool of water.

"So there are issues around it, and we're going to have to address those issues in Dublin City Council."

"I quite like it myself - I'm enamored to it, but as I say I'm not wedded to it," he explained

But Councillor Flynn said alternative plans are already being considered for the capital's main thoroughfare.

"A recent committee, a working group, have been formed in Dublin City Council to consider the possibility of putting a memorial monument [a] number of statues on O'Connell Street that would commemorate the women of the country who made outstanding contributions to its history - particularly around the foundation of the State. 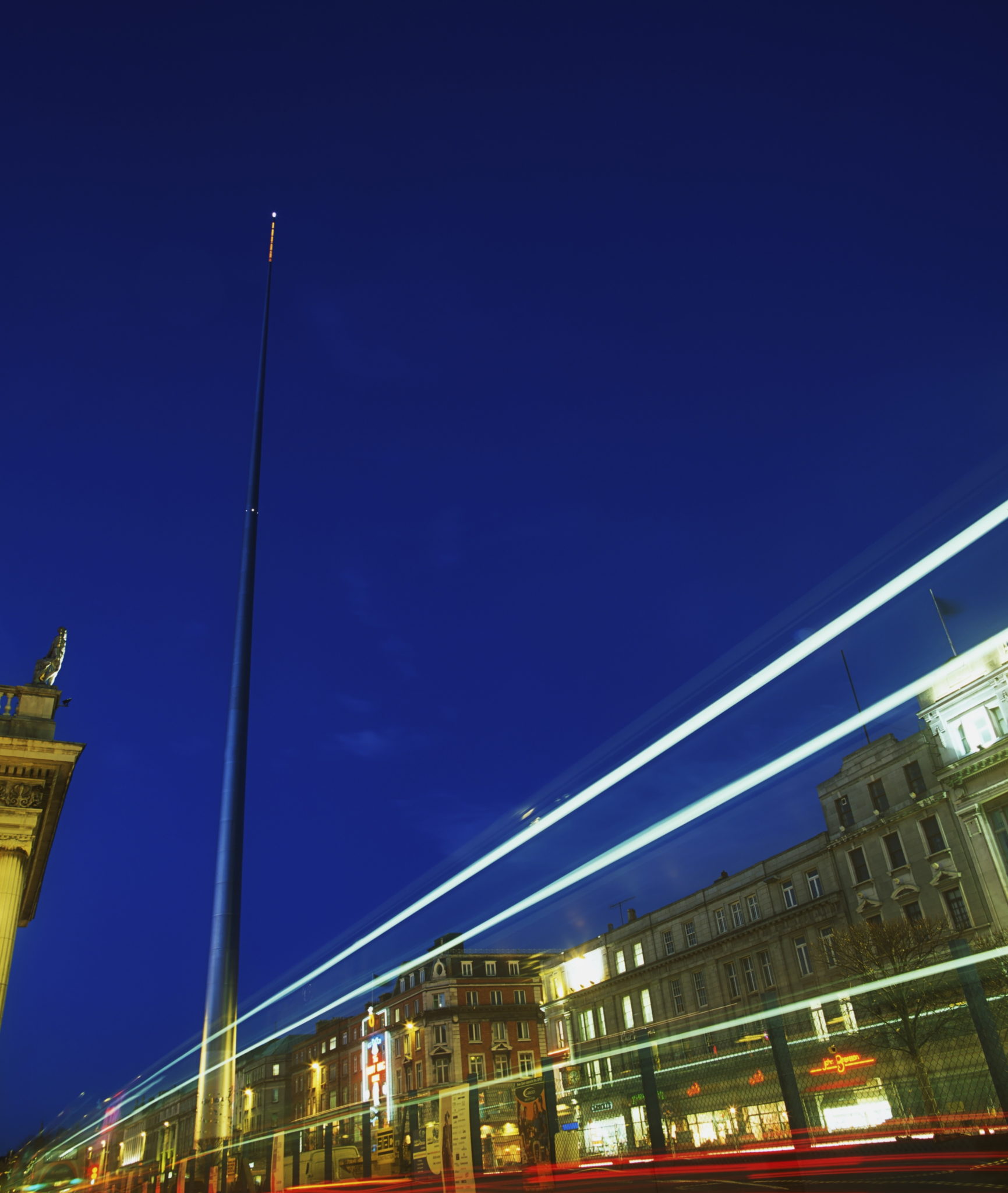 The Spire Of Dublin on O'Connell Street in August 2007. Picture by: The Irish Image Collection/Zuma Press/PA Images

"When you consider that women in Irish history have been basically airbrushed out, that there's no depiction of women on that street - and indeed on very few streets.

"I think you have to consider that - and certainly as a member of that working group, I will be certainly putting it on the table that we will consider the decommissioning of The Spire."

He suggested the space could be offered to developer Johnny Ronan as "he's interested in height.

"And maybe replace it with something that actually has meaning to us, an indeed meaning to European history."

He said the motion will be tabled "within the next month".

Main image: Lights illuminate buildings along Dublin's O'Connell Street, along with The Spire Of Dublin, in October 2011. Picture by: John Kroetch/Zuma Press/PA Images