The husband of a mother who died with COVID days after giving birth to her fourth child is urging...

The husband of a mother who died with COVID days after giving birth to her fourth child is urging everyone to get vaccinated.

Just days earlier she had given birth to her daughter Eviegrace, before being transferred to the intensive care unit.

On The Hard Shoulder this evening, her husband Josh Willis said Samantha did not get vaccinated in the early stages of her pregnancy because at the time pregnant women were not advised to get the jab.

When the advice changed, Samantha was already 28 weeks pregnant and the couple felt it was safer to hold off until after the baby arrived.

“When the time came where they were saying it was safe for pregnant women, we had about seven or eight weeks or so left,” he said.

“At that stage, COVID had come nowhere near us so we thought right we’re doing good; she had finished up working and I was working from home so basically, we just decided we would hold off and she would get the vaccine when the baby was here.”

He that when they were both diagnosed with COVID they just tried to “keep positive and not think about it.”

“Basically, from when we got the result, she started getting a cough and then it got worse and then as the days went on, it was lack of breath, difficulty breathing, not getting a night’s sleep and then, by the Tuesday, I had to help her out of bed, help her get dressed and into the car and to the doctor. 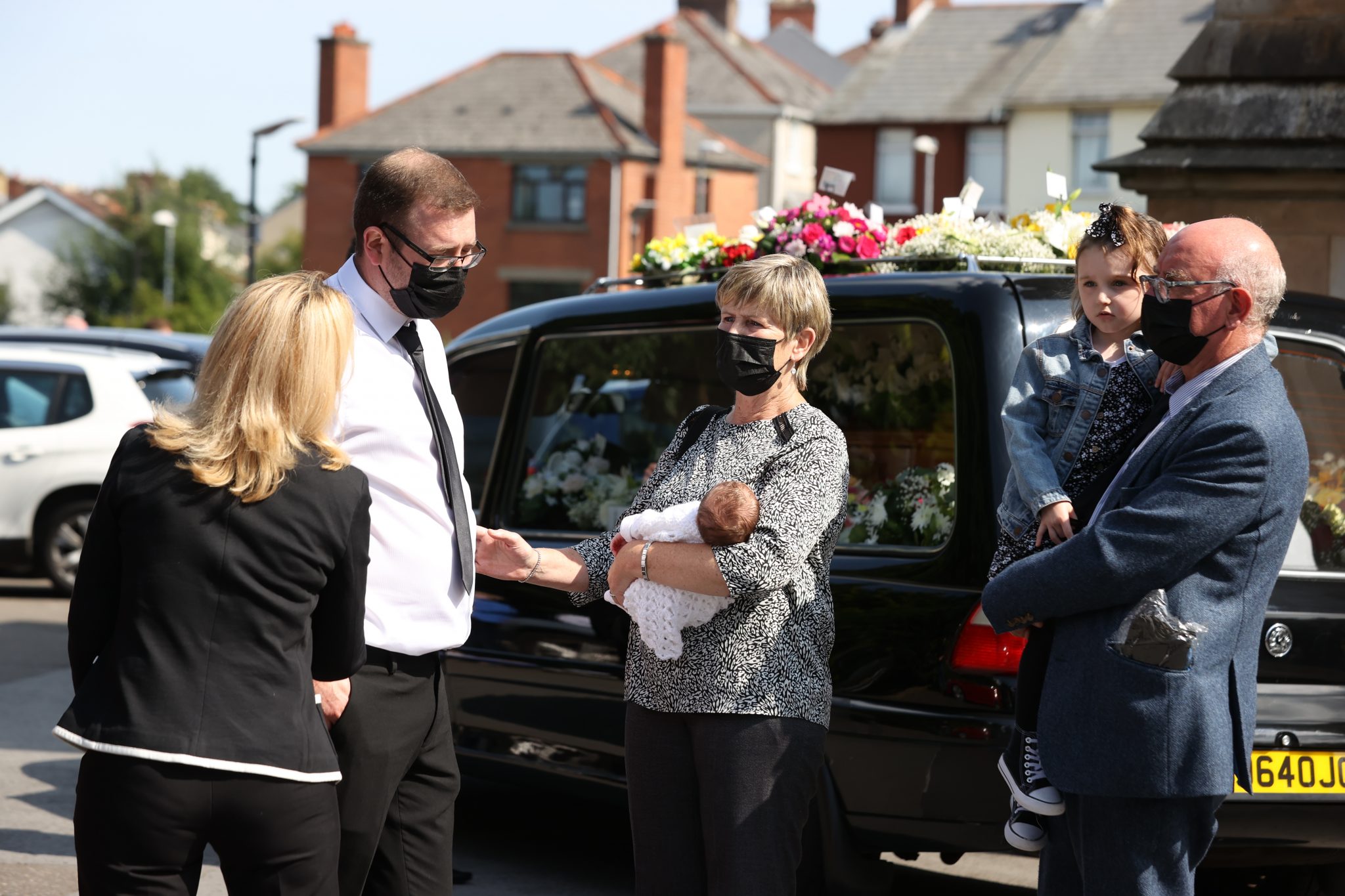 Josh Willis with his new-born daughter Eviegrace, being carried by a relative (name not known) after the coffin of Samantha Willis (nee Curran) was taken from St Columb's Church in Derry, after her funeral, 23-08-2021. Image: Liam McBurney/PA Wire/PA Images

Josh said Samantha gave birth to Eviegrace by Caesarean Section before being taken to the intensive care unit.

“Samantha would have seen her from where they were holding her sort of at the bottom of the bed,” he said.

“Then they didn’t want to risk the baby catching COVID, close contact and so on at that stage so they whisked her away to the next room where they did all the checks they do with any newborn baby.

“She carried her for eight months and never got to hold her in her arms basically.” 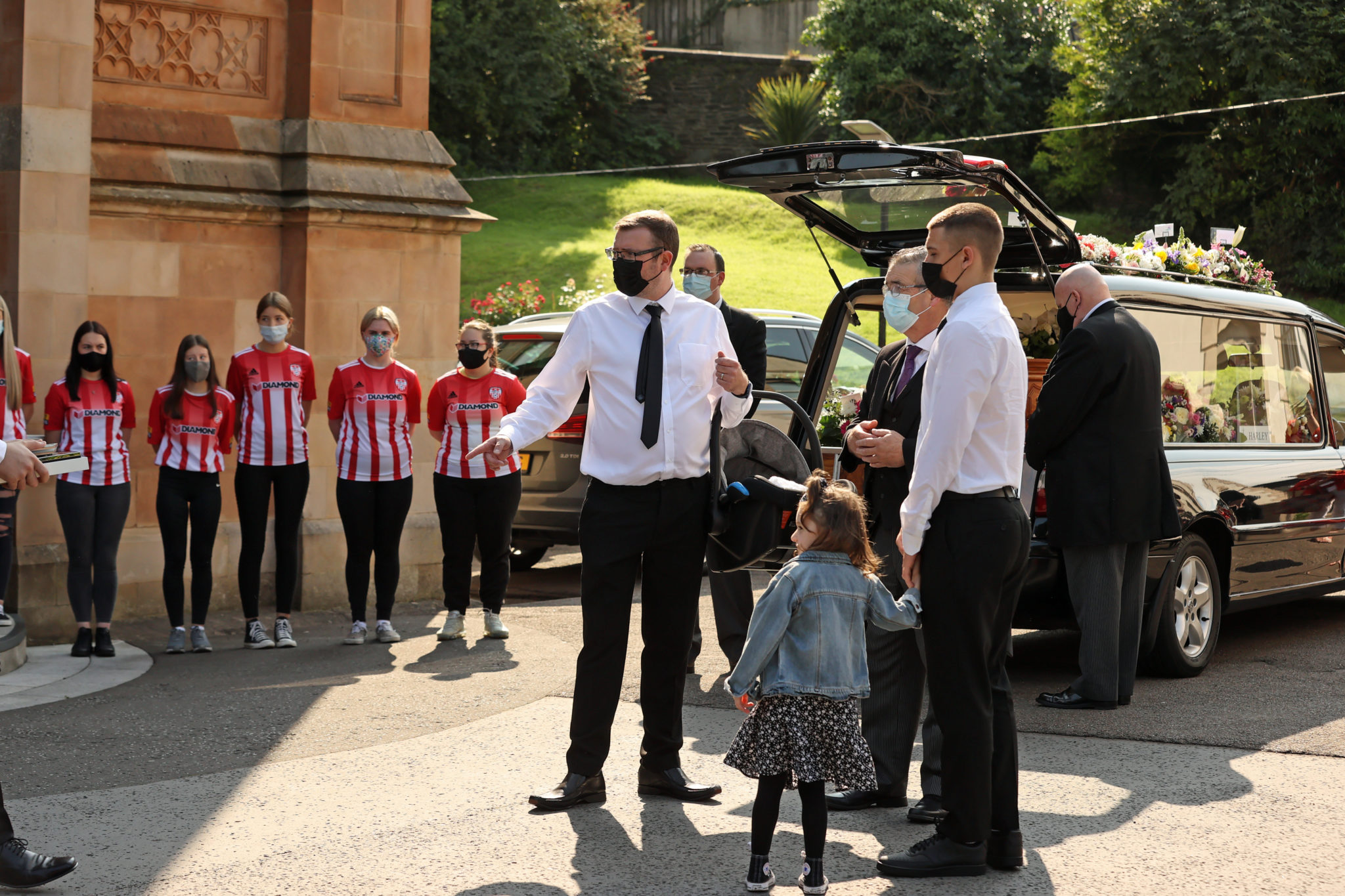 Josh said Samantha spent the moments when she got her strength back in hospital texting friends and family members who were pregnant and encouraging them to get vaccinated.

"I know all the time she was in the hospital, if she had a choice at that stage, she would have taken the vaccine but it was too late for her at that stage," he said.

He said his mission now is to ensure people hear her story and encourage them to get vaccinated.

“Things will never be the same for us so if we can use Samantha’s nature and personality - caring and loving and putting herself last, she doesn’t make a fuss about herself - other than us making her proud as a family and moving on that way and doing whatever we have planned even though she is not going to be there I think this is the last thing we can do for her,” he said.

“Try and help another family or another person whether it saves a life or saves a family having to go through what we have done.

“It is just to sort of tell the story and hope we can save at least one person. We’d be happy with that and hopefully one day she can tell me we did a good job.”

A fundraiser for the family has raised over £11,000 to help Josh and his children through the ordeal.

Donnelly: Nearly 60% of hospital patients with COVID are not boosted