Martin rules out 2019 election due to "historic threat" of Brexit

Fianna Fáil leader Micheál Martin has ruled out calling a general election in 2019. He made the...

Martin rules out 2019 election due to "historic threat" of Brexit

Fianna Fáil leader Micheál Martin has ruled out calling a general election in 2019.

He made the comments in a keynote speech at his party's Ard Fheis in Dublin on Saturday.

He told delegates: "In normal times there would be no question about what should happen to this Government, but we have to accept the harsh reality of this very moment.

"Ireland faces a genuinely historic threat from Brexit and it has to have a Government in place if we are to have any chance of limiting its damage.

"Brexit isn't some small passing issue. It is a blow at the very foundations of much of the progress which our country and Europe have secured together in the past 50 years.

"If there is a chaotic Brexit, then the damage will be severe and it will be swift."

Outlining some of those damages, he added: "The Department of Finance says it will reduce job numbers by 55,000 and hit public finances by €600 per household within months, and with much worse to come.

"Farmers and agrifood companies could lose an incredible €1.7bn the type of loss which of course would be felt far beyond their sector."

"In the face of the political shambles in London, Ireland simply has to be able to react quickly to every development.

"Ireland needs a government and parliament which are in place and capable of taking decisions.

"Calling an election today would see us spend up to four months both campaigning and forming a government.

"Nobody who genuinely has Ireland's interests at heart could tolerate this."

He also lashed out at the current Government, which he claimed is incapable of delivering on the challenges facing the country.

He said: "The price of playing politics with Brexit would be felt by the Irish people in fewer jobs, lower salaries, less money for schools, hospitals and pensions.

"We want this Government gone, but we refuse to expose our country to the massive risk of having no functioning government or Dáil at this moment of great threat." 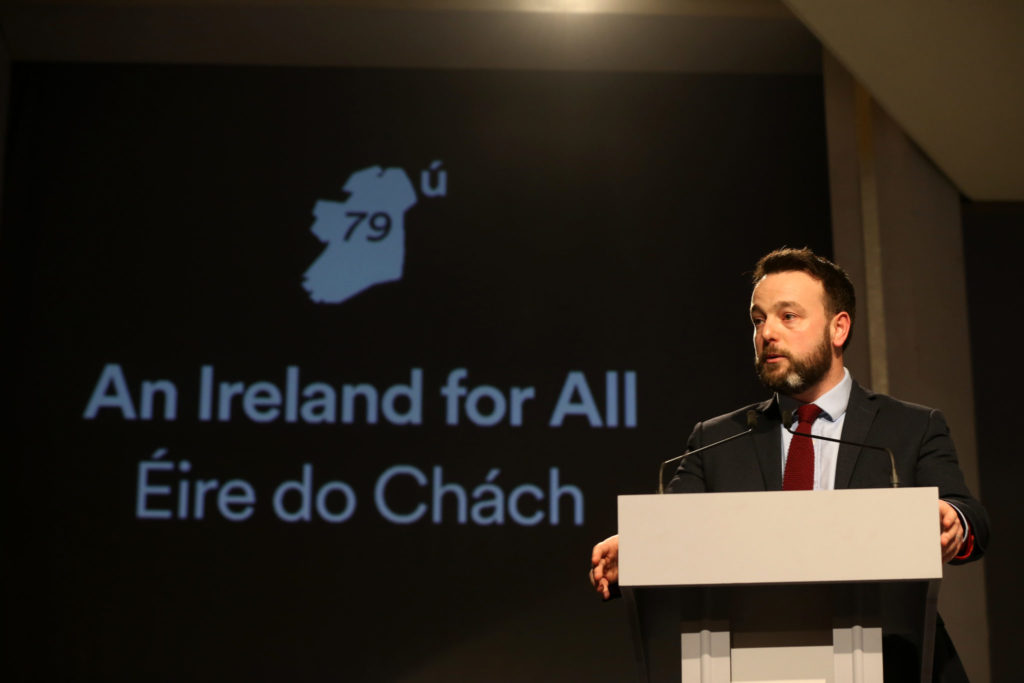 Adressing the gathering earlier on Saturday, SDLP leader Colum Eastwood said: "No-one should be in any doubt - the instability of Brexit and the instability faced by the institutions of the Good Friday Agreement are inextricably linked.

"A hard border in Ireland threatens to bring existential threats to many of our industries - it threatens to position us as a permanent economic backwater."

"That agreement belongs to the people of Ireland and we are the only people with the right to change it.

"There are increasing numbers of politicians on both islands carelessly queuing up to rip it apart. We cannot and we will not allow it.

"But we don't need a new border in Ireland.

"We must maintain full economic alignment across the island and into European markets. This must be the agreed backstop.

"The backstop is not our first choice, but it is our ultimate protection.

"The only people who will actually end up delivering that backstop are the hardened Brexiteers, ideologically determined to inflict economic self-harm."