Gardaí evicted a number of people from Parkgate House this morning.

Homeless activists who were occupying a vacant building in Dublin City Centre have been evicted by Gardaí this morning.

Up to 50 people have been sleeping at Parkgate House, a vacant building near Heuston Station, for about a month after it was occupied by a group calling itself the Revolutionary Housing League (RHL).

The group told Newstalk it aims to build up branches all over Ireland for a national campaign focused on derelict buildings. 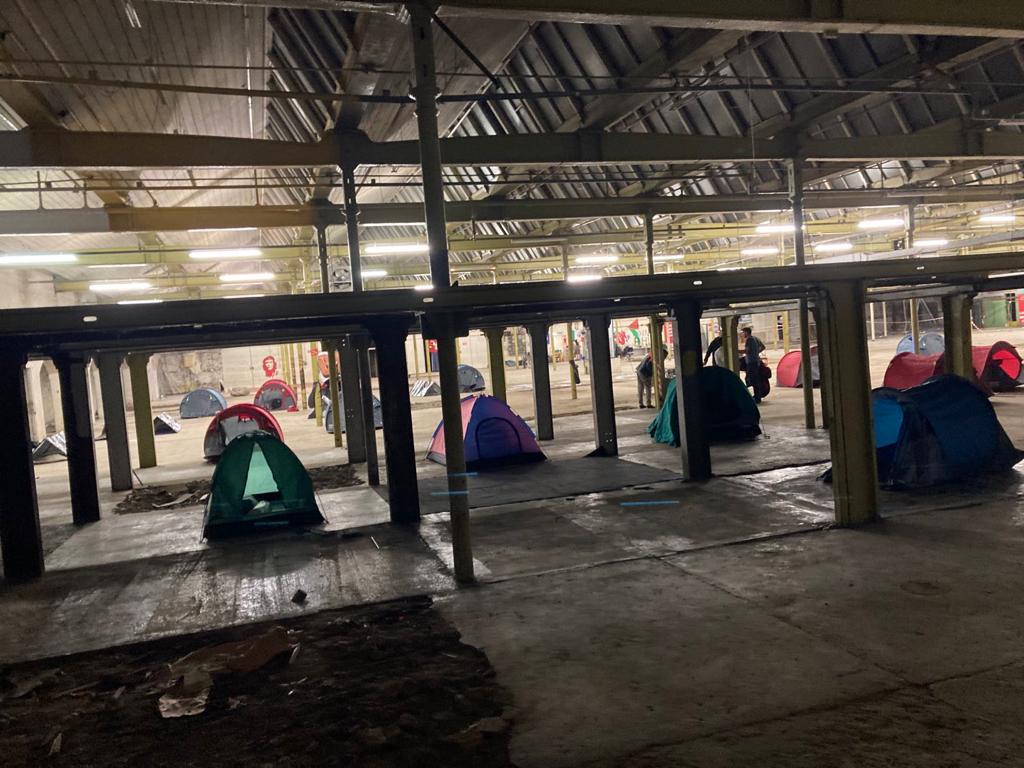 Newstalk reporter Josh Crosbie visited the building to talk to the people living there.

One of the organisers told Josh that the group has had massive support from various charities who have donated everything from kitchen appliances to food and bedding.

“There are over 180,000 vacant properties across the country and frankly, it’s just not working for people,” he said.

“The housing crisis is just getting worse and worse and there needs to be action taken.

“While we want to respect people and their rights, at the same time I think people have a right to be housed.

“So, if they are going to be sitting on property that could be used to help people, the Irish people have every right to take that upon themselves for their own use.” 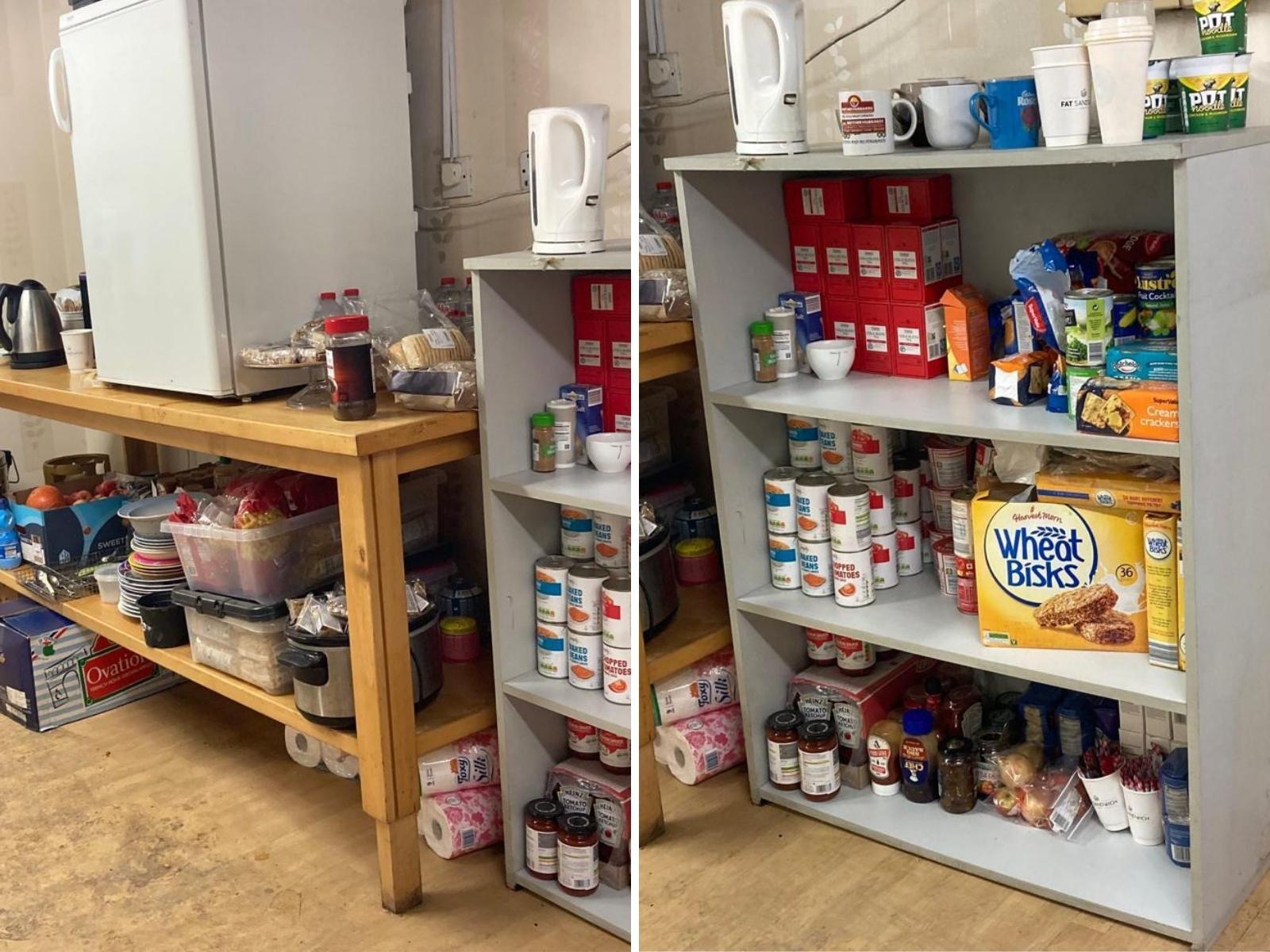 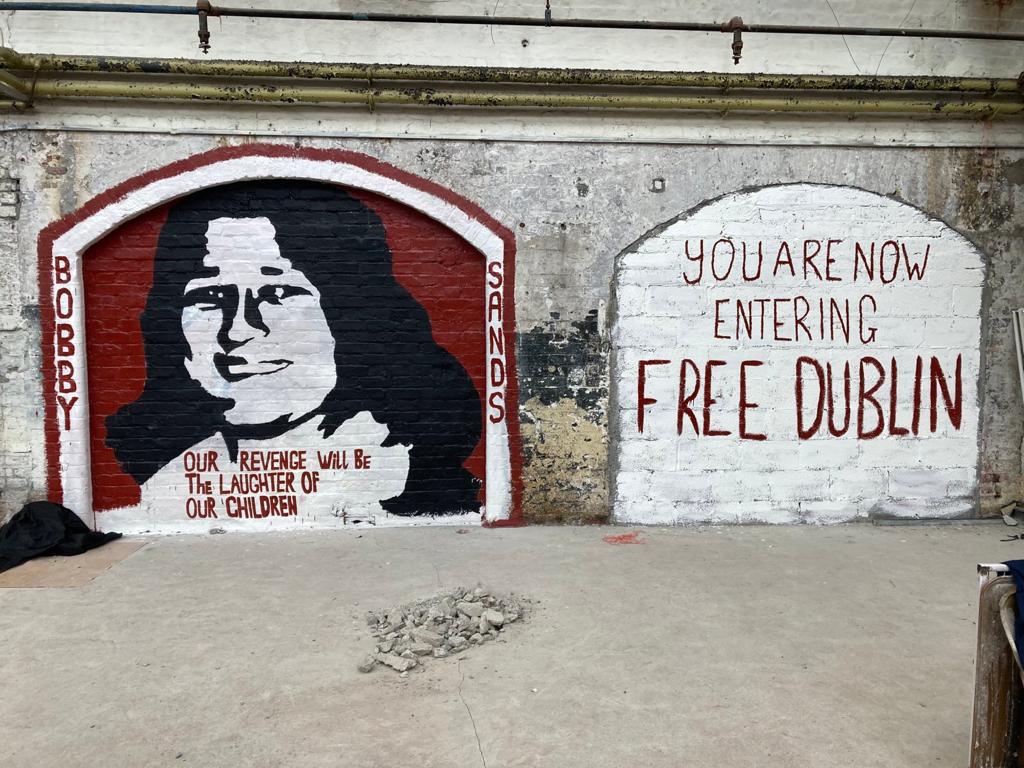 Josh also spoke to Amanda, who told him she has been homeless for 11 years – and found more comfort at Parkgate House than at any hostel she has been sent to in the past.

“I’ve seen people injecting into themselves [at the hostels],” she said. “People smoking heroin.”

“I actually stood on someone’s dirty blood. I was actually threatened. I couldn’t go to sleep that night because I didn’t know who was coming in and out.

“In here, we’re not afraid to put our heads down at night-time. We can actually go to sleep and wake up happier the next morning.” 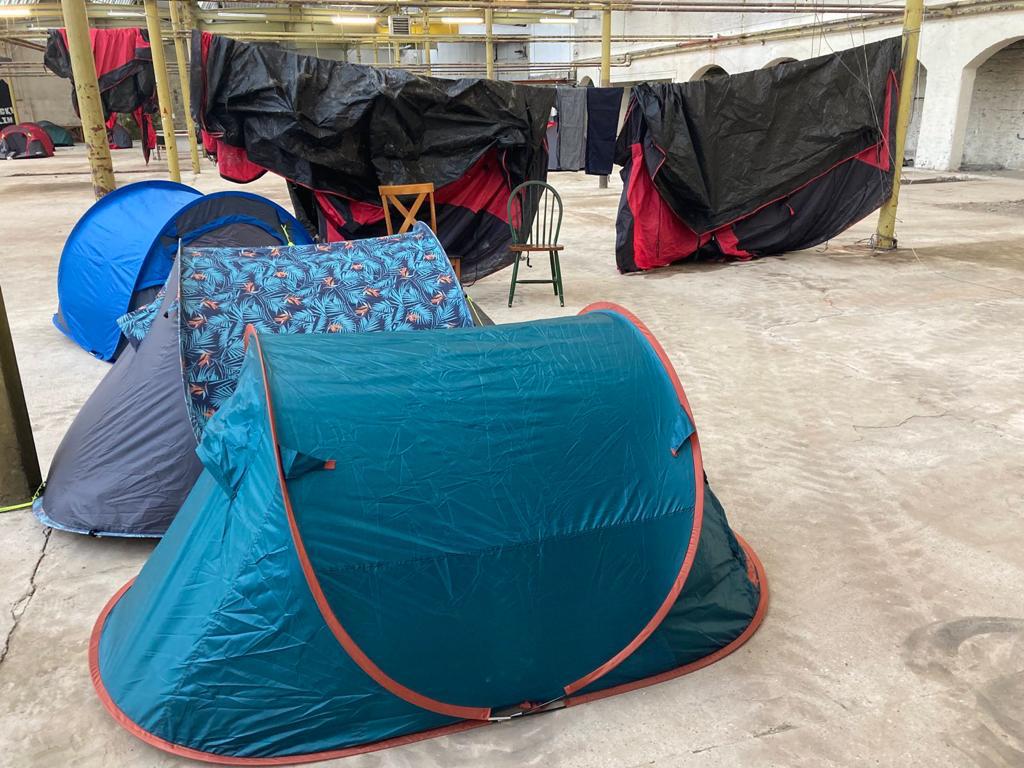 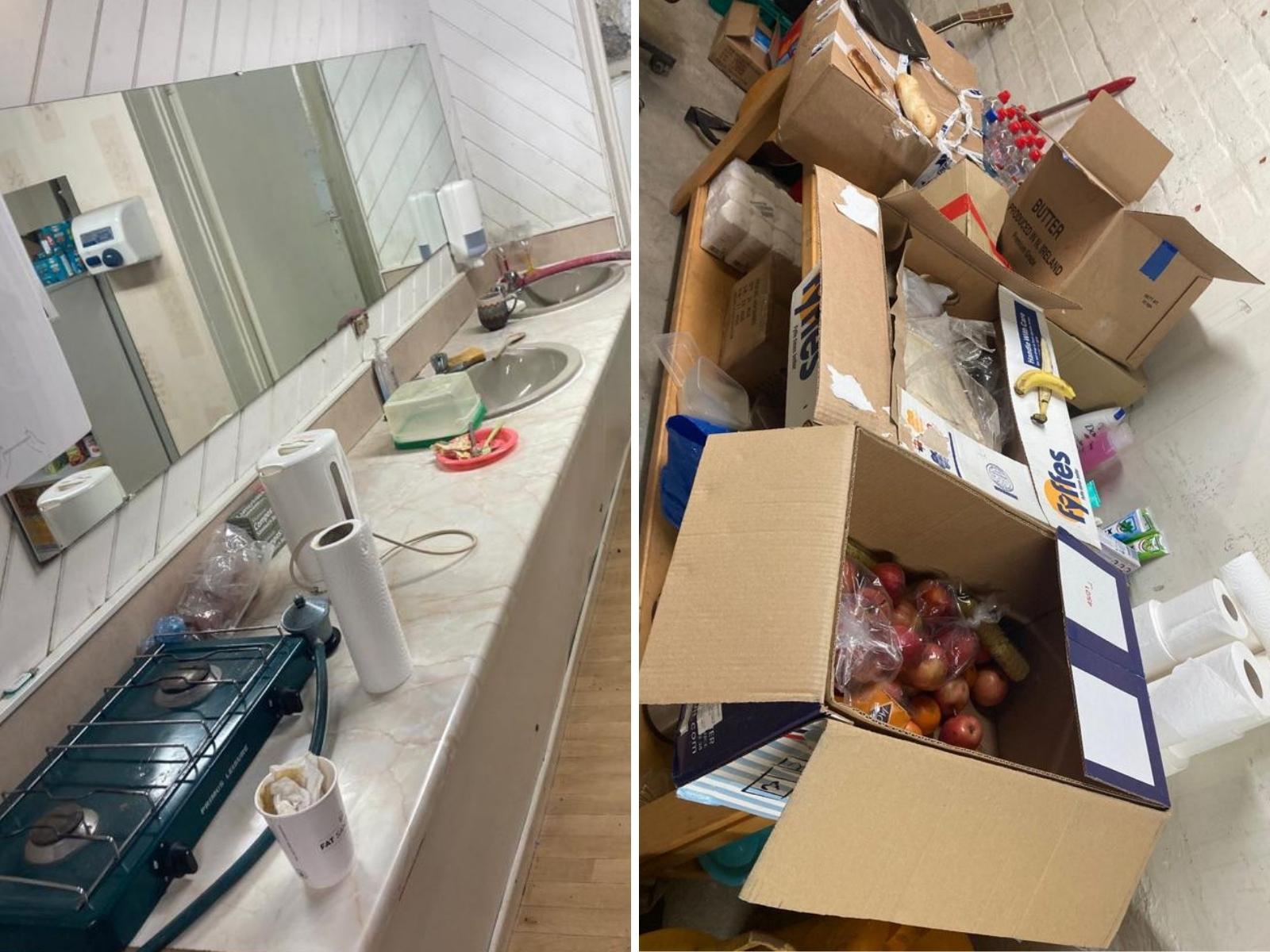 She said the RHL is a “family” and the activists are determined to stick together no matter what happens.

“The RHL don’t want to be taking over buildings,” she said. “It is in [the Government’s] hands now.”

“Either give us a house or we’re just not going to stop fighting because hotels are no better – that’s just one room.

“Everybody should have their own home. That’s what we are asking for. For the public to understand that everybody needs a home.” 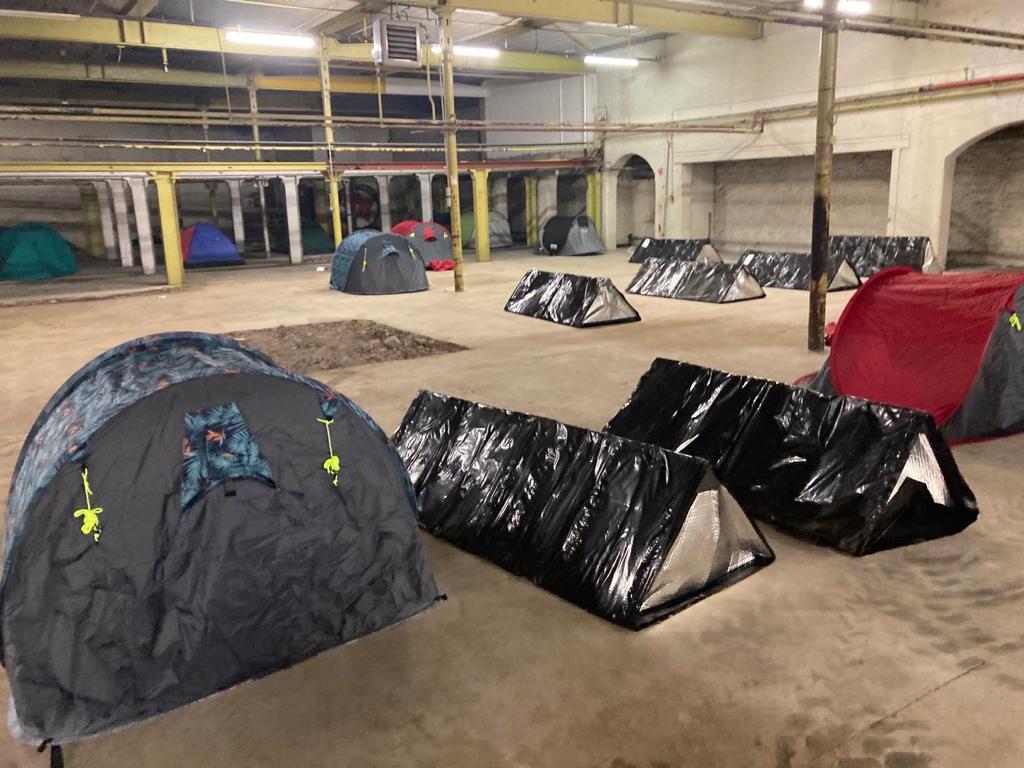 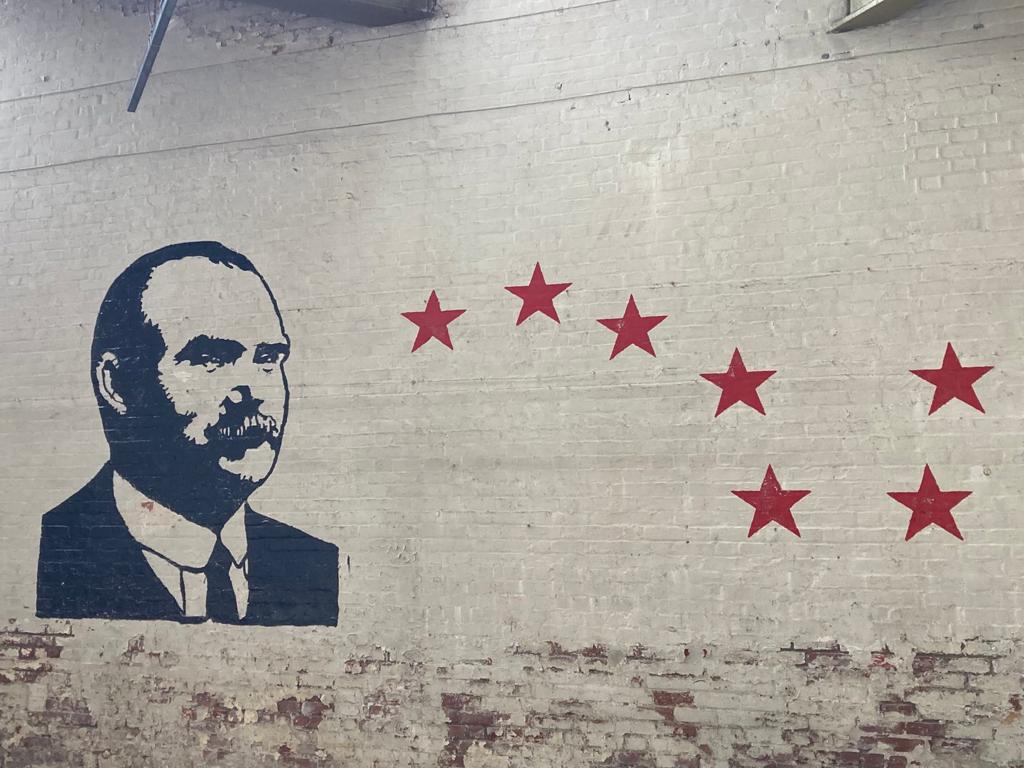 The owners of Parkgate House intend to develop the building for use as rental units and associated amenities.

Earlier this month, a court ordered all those living in the building to immediately vacate the premises.

Last week, it further ordered that anyone refusing to comply be brought before the High Court to answer claims of contempt of court.

This morning, Gardaí said an operation had been carried out to execute the order and several men would be brought before the High Court later today.

A demonstration is planned outside the building at 10am this morning.

Reporting from Josh Crosbie at Parkgate House in Dublin.