Today marks five years since the historic marriage equality referendum in the Republic of Ireland...

Today marks five years since the historic marriage equality referendum in the Republic of Ireland.

Ireland became the first country in the world to back marriage equality by popular vote.

For many, the vote was a landmark moment in the fight for equality, and the images of euphoria and joy in Dublin Castle as the results were formally announced on May 23rd made newspaper front pages around the world.

Three of the campaigners directly involved in the 'Yes' campaign spoke to The Hard Shoulder about their memories of the day and what the result meant to them.

They also reflected on how "there’s just as much work to do as today" in the fight for equality for all people. 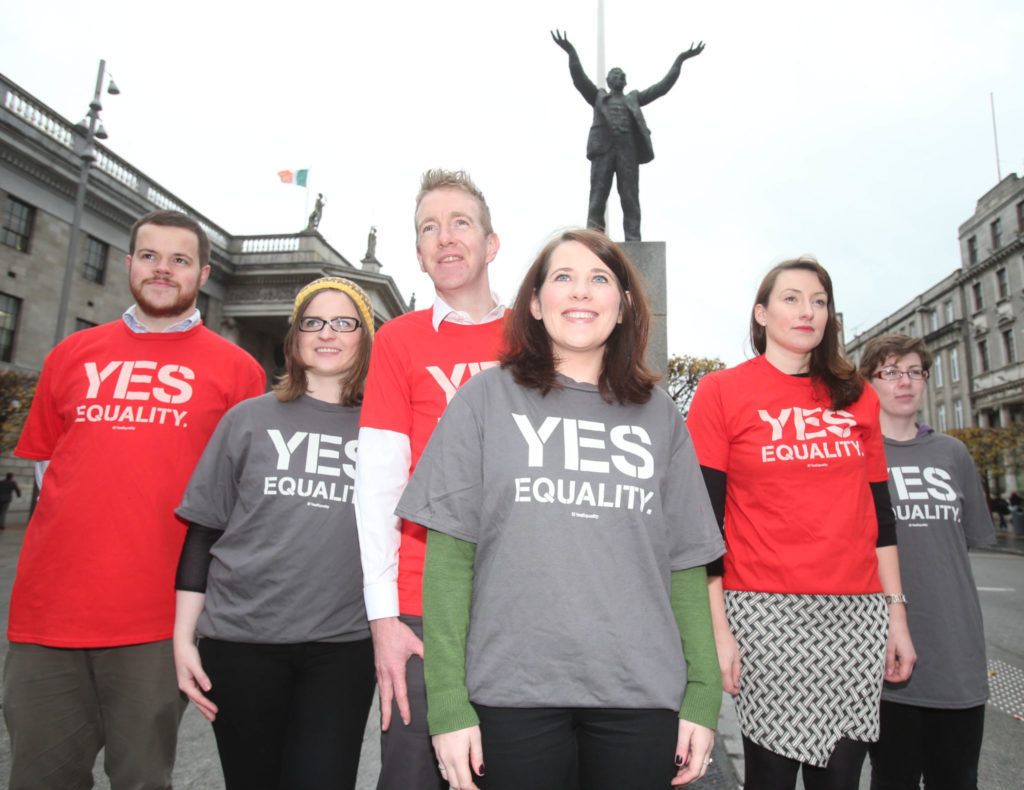 Tiernan Brady remembers the day being a ‘blur’, and one that was full of joy.

However, he said there was also a sense of relief and ‘tension being released’ for many people.

He explained: “It was a long process, and having a public vote on your dignity and status… that’s tough on people.

“You have 14-year-olds waking up every morning, listening to people having a debate about their place in society.

“It’s worth remembering this was tough for people, and I think that made the joy all the greater for so many people.”

Tiernan said the journey towards inclusion has a ‘clear goal, but no finish line’.

He observed: “I’m always struck that 38% of people voted no - that’s a lot of LGBT people who walked down the stairs into their kitchens the following day, to houses that perhaps hadn’t voted yes. That idea has to guide us afterwards.

“Winning wasn’t about beating the other side - winning was part of this continuous journey of persuasion. The day after that vote, we still have work to do."

Tiernan - who is now the Executive Director of the Equality Campaign in Australia - also suggested that the tone campaigners set is the tone "the most vulnerable person you are trying to campaign for will have to live with long after you’re finishing campaigning".

He explained: “As tempting as it might be to treat this as a political campaign - where you go on the panel and you really want to beat the daylights out of the other person - that’s not winning with this one.

“[People] shifted their opinion because somebody on their street, or somebody they know and love, stood up and told them a story about themselves - people can only do that when we create a campaign environment that’s respectful in tone, and understand that tomorrow there’s just as much work to do as today.”

Ailbhe Smyth, social activist and co-director of Together for Yes

Ailbhe Smyth says her memories of the day “aren’t all that clear, because I was in a state of static delight all day”.

However, she suggested “nobody could ever forget the rush of energy and delight and sheer joy of that enormous crowd who had gathered in Dublin Castle”. 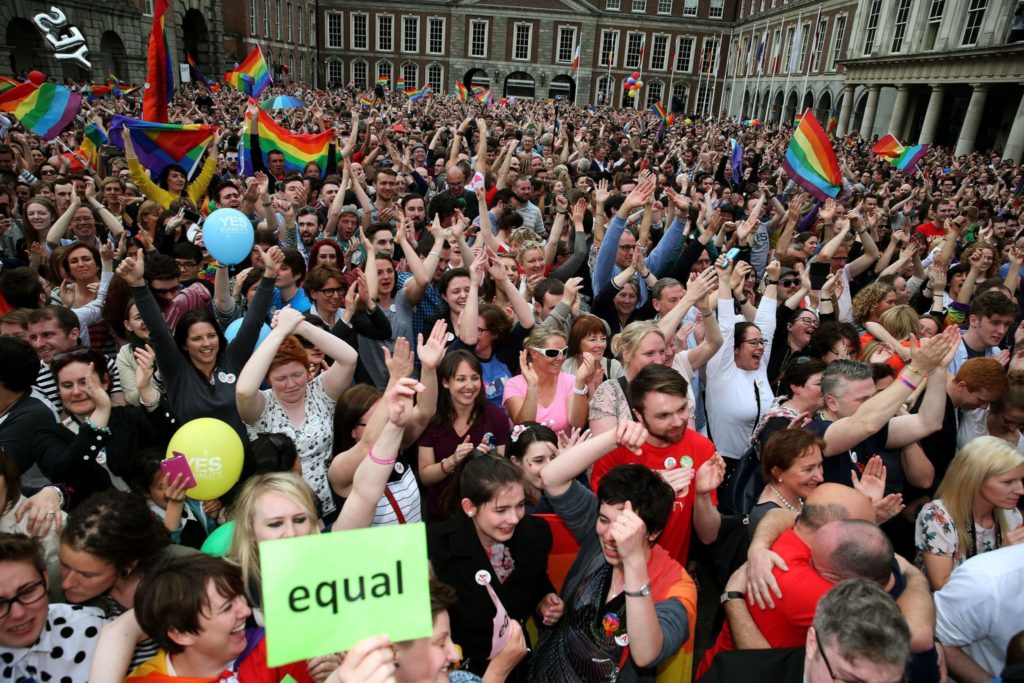 Yes voters celebrate at the Central Count Centre in Dublin castle, Dublin, as the results of the referendum is announced which showed that Ireland as the country overwhelmingly voted in favour of gay marriage. Picture by: Brian Lawless/PA Archive/PA Images

She told Ivan: “I thought we could win, and I thought we would win - but I never, ever thought the people would come right with us.

“There was that sense this was a hugely significant turning point.”

Ailbhe suggested the country is now “facing in a different direction”, and the marriage equality vote was a key stopping stone along the way.

She said: “[We’re] better set for a future young generation who will have a lot ahead of them.

“It shifted the position, if you’d like - it was a huge majority, and that meant in effect… that the majority of people were with us. That’s something we have to hold on to as we try to fight current problems.”

Colm O’Gorman says he was struck during the campaign about how there were none of the traditional divides - such as urban / rural, or old / young - when it came to how people were choosing to vote across the country.

He also recalls how ‘everybody wanted to hug’ when the results became clear.

He recalled: “There was this crescendo of joyous delight that just erupted across the country.

“It took two hours to get from Dublin Castle to just the other side of the Liffey to get to a restaurant, because so many people wanted to stop, celebrate, hug, laugh and express their joy.

“The universal delight was the thing I was most moved by - this was the moment when we as a country said something about who we are together.” 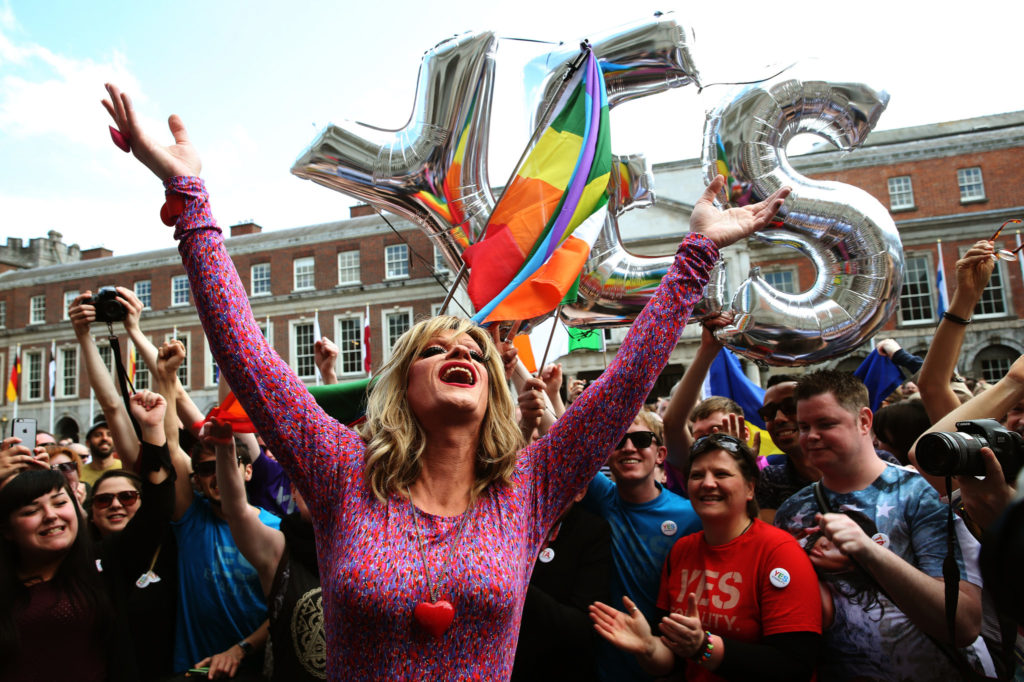 Colm told Ivan the vote was “about asserting a Republic of equals - a Republic that was committed to supporting everybody in the same way”.

He observed: “To have to go out and go from door to door in the country where you live, and ask your neighbours and strangers… to grant you your rights… is a pretty bruising and in many ways devastating experience.

“As many photos as there were of joy, there were also screengrabs of tweets and other things of things that had been sent… videos I’d been sent of gay men being thrown to their death by ISIS… threats that I got.

He said that while there is always more to do, the particular moment in May 2015 “was huge”.

He told Ivan: “We need to keep focused on that re-commitment to equality - not just to LGBT people… [but also to] those communities that still do not benefit from anything close to meaningfully equality and commitment to their dignity.”