Fianna Fáil leader Micheál Martin says Maria Bailey should be asked to step down as chair of an...

Fianna Fáil leader Micheál Martin says Maria Bailey should be asked to step down as chair of an Oireachtas committee.

It comes as the Taoiseach says he'll meet Deputy Bailey in the coming days.

The TD at the centre of 'Swing-Gate' is likely to face some punishment from Fine Gael headquarters.

Deputy Bailey could lose her role as Chair of the Oireachtas Housing Committee or face further sanction.

Ahead of her meeting with Leo Varadkar, the Dun Laoghaire TD won't chair tomorrow's committee meeting.

It's after an interview defending her initial decision to take legal action against a Dublin hotel after she fell off a swing at the property.

Deputy Bailey stressed she was never seeking damages, and was only looking to have her medical expenses recouped.

She has since dropped the case.

Deputy Bailey suggested in the RTÉ interview that the release of court documents was designed to damage her.

Her approach in the interview have been widely criticised - including by several government ministers.

Micheál Martin spoke to The Hard Shoulder this afternoon about the situation. 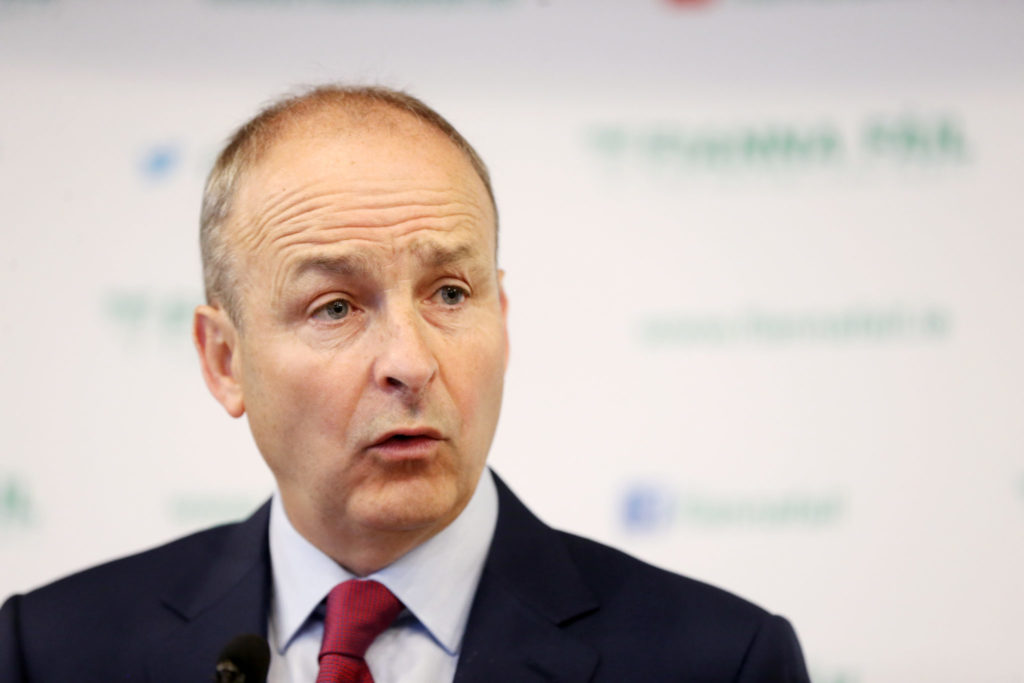 Deputy Martin told Ivan: "The people will be the ultimate determinant of Maria Bailey's fate in terms of the electoral situation... only the people can decide whether someone stays on as a TD or not.

"What struck everybody about the interview yesterday was the level of disconnect - between the anger people have out there in terms of the rising costs of insurance, and the inability of Deputy Bailey to understand that."

He added: "I think the deputy herself should acknowledge that she was wrong, and that's the first thing.

"I think there is a case there for the Taoiseach to take action [...] He should ask her to, in the context of what has happened, to stand down from the chair [of the committee]."

Speaking in Brussels today ahead of an informal dinner with EU leaders, Leo Varadkar said:

"I'll be meeting [Deputy Bailey] before the end of the week - I'd like to have that meeting and hear her the story.

"I'm not going to ask her questions through the media - I'll do that when I meet her during the week, and that's the appropriate thing I'm going to do."

In the Dáil this afternoon, the minister was asked about the insurance industry and potential personal injury reforms to reduce court costs for all parties.

Minister Humphreys responded: "People need to have some common sense and they need to be responsible for their own personal safety.

"If you trip or fall you have to ask yourself why it happened. More often than not the answer is because of your own carelessness."

She added: "People need to accept that and we need to change this culture - because there's a culture in this country which says when you have an accident, it is everyone's fault except your own."