The funeral of the late Councillor and rally champion Manus Kelly has taken place at St Columba’s Church, Glenswilly in County Donegal.

Large crowds gathered to say their goodbyes to the 41-year-old who lost his life while participating in the Donegal International Rally last weekend. 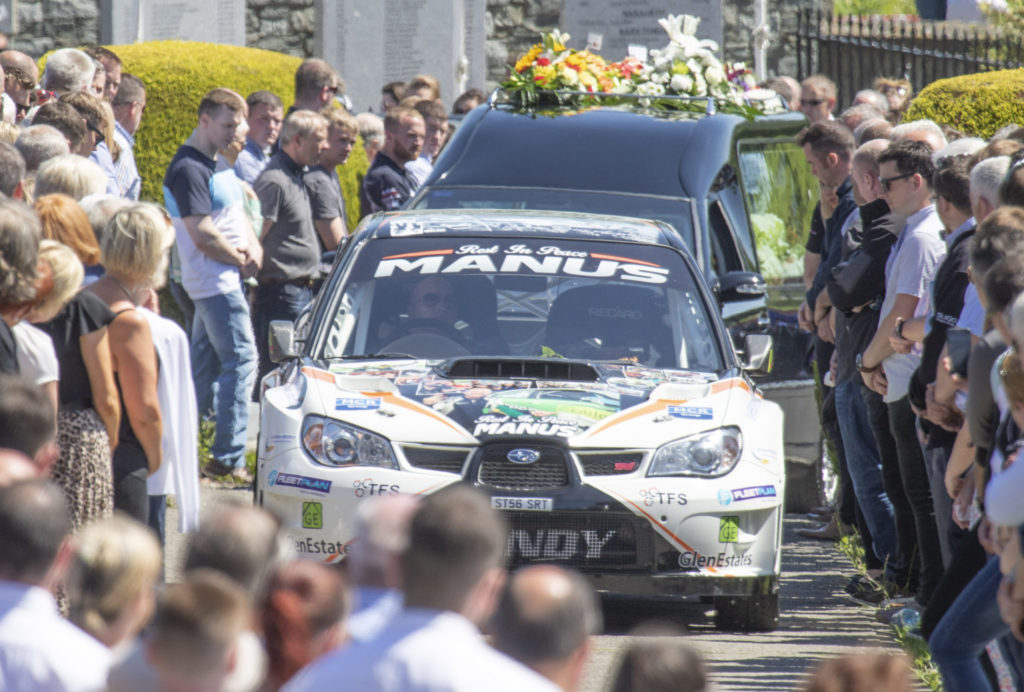 The remains of the late Manus "Mandy" Kelly are escorted from St Columba's Church by his winning rally car to Conwal graveyard in Donegal, 27-06-2019. Image: Joe Boland/PA Wire/PA Images

“He had his big happy, smiley head on him every time you saw him,” he said.

“One of the lads said last night beautifully that when he went in somewhere, he went in smiling and cheerfully greeted people.

“But he didn’t take that smile with him. He left that smile in the person’s heart.

“Manus had that uncanny ability to be so warm, cheerful and good humoured. You were kind of expecting him to come and hit you a dig in the ribs and laugh.”

Cllr Kelly was carried through the Donegal International Rally ramp for the final time by his brothers after the funeral mass.

He is survived by his wife Bernie and children Annie, Mandy, Charlie, Conan and baby Bella.