Man in critical condition after shooting in west Dublin

Gardaí are appealing for witnesses after a man was shot in a car in west Dublin.

It happened on the Blakestown Road in Dublin 15 shortly after 5.00pm on Wednesday.

A man aged in his 20s was travelling in a vehicle on Blakestown Road when he was shot a number of times.

He was taken to Connolly Hospital Blanchardstown where he is being treated for gunshot wounds.

A silver BMW 3 Series car was later discovered on fire at Saddlers Grove in Mulhuddart. 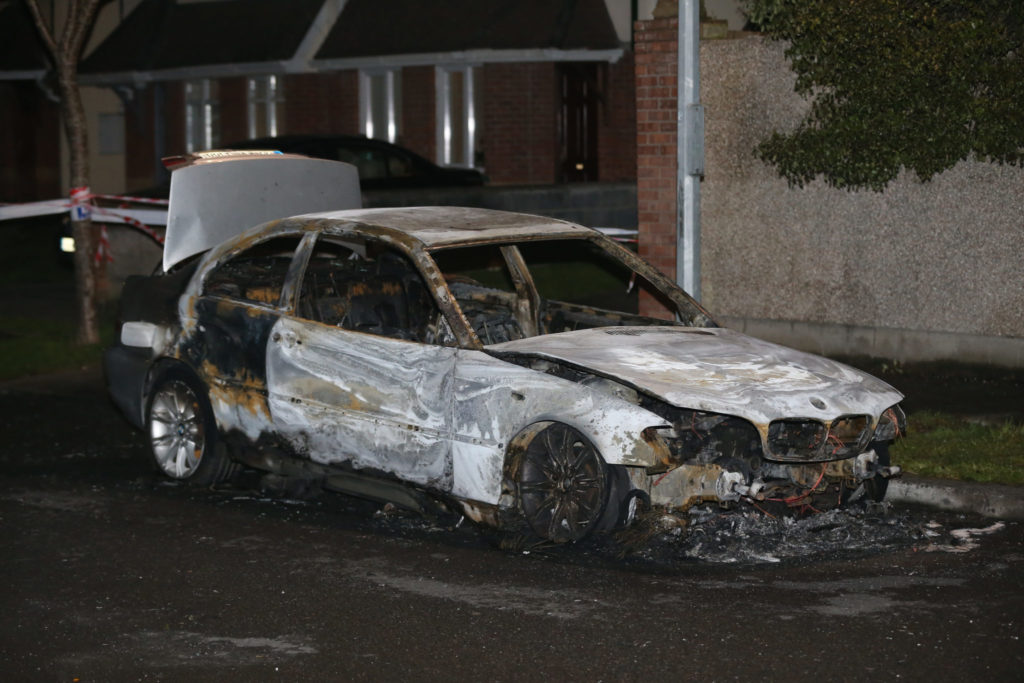 This car was discovered on fire nearby | Image: Sam Boal/RollingNews.ie

Gardaí believe that this car was involved in the shooting.

Both areas have been sealed off and a technical examination is being carried out.

They are appealing for anyone who was in the Blakestown Road or the Saddlers Grove area between 4.30pm and 5.30pm to contact them.

Gardaí are also appealing for anyone who was driving in the area and may have dash-cam footage to contact Blanchardstown Garda Station on 01-666-7000.

Main image: Gardaí and emergency services at the scene of a shooting incident at Blakestown Road in Dublin 15 | Image: Sam Boal/RollingNews.ie