Wikileaks founder Julian Assange has been sentenced to 50 weeks in jail for breaching his bail co...

Wikileaks founder Julian Assange has been sentenced to 50 weeks in jail for breaching his bail conditions in the UK.

The Australian was arrested at the Ecuadorian Embassy in London last month after the South American country revoked his asylum.

He spent nearly seven years in the building after seeking refuge to avoid extradition to Sweden.

The Swedish charges were dropped in 2017; however, Mr Assange remained in the building as he feared being extradited to the US to answer criminal charges over his work publishing sensitive US government files with Wikileaks.

At Southwark Crown Court this morning, his lawyer said he had lived in "overwhelming fear" of being extradited and was aware of suggestions from “inside the US administration that he could be kidnapped wherever he was, with or without the approval of the country in which he was residing, and be brought to the US.”

The court heard that Sweden has a relationship with the US that includes rendition of suspects – as well as a history of extraditing suspects to countries that practiced torture.

The defence also told the court that, when he sought asylum in the embassy, there were also calls for him to be "executed and assassinated." 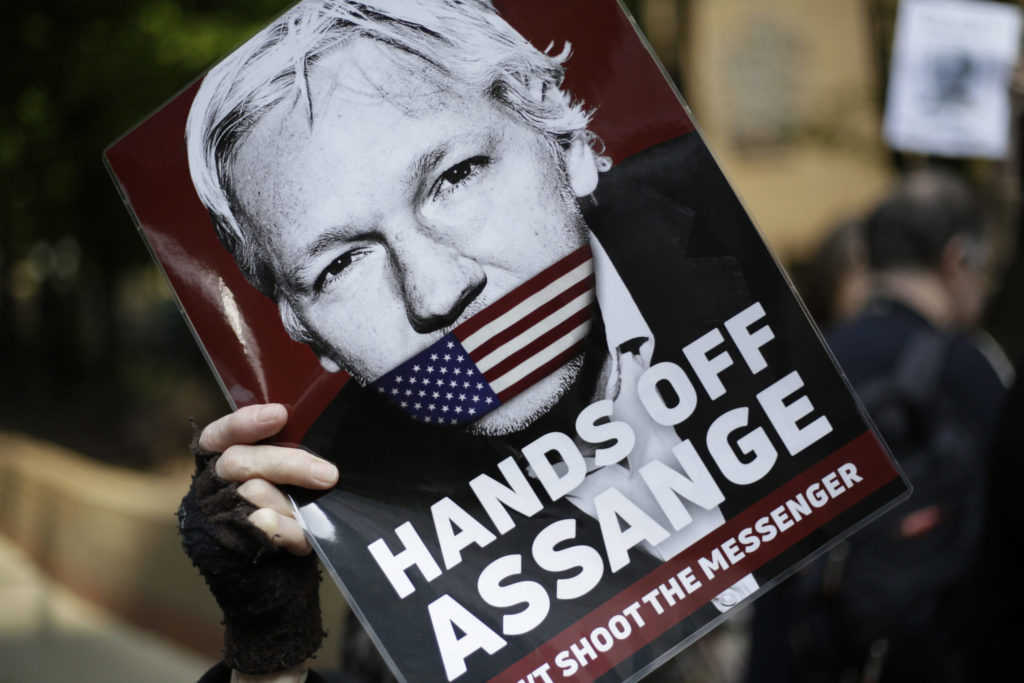 The prosecution argued that Mr Assange was guilty of an ‘A1’ case of bail jumping - however the Defence claimed his transgression was at the lowest level of offence.

Passing down sentence this morning, Judge Deborah Taylor agreed with the prosecution.

She said it was “difficult to imagine more serious example of this offence” and sentenced the 47-year-old to 50 weeks in prison.

He is due back in court tomorrow for a hearing on his extradition to the US.

He has been targeted by two US administrations over Wikileak’s publication of secret US Army and diplomatic documents, provided by the whistleblower Chelsea Manning, in 2010.

The UKs opposition Labour leader Jeremy Corbyn has said the UK should not assist the US in punishing Mr Assange for “exposing evidence of atrocities in Iraq and Afghanistan.”