A new study in the UK has found that shift workers are twice as likely to contract a severe form ...

A new study in the UK has found that shift workers are twice as likely to contract a severe form of COVID-19 compared to employees who work regular hours.

The research was gathered from 235,000 Biobank participants in August and published in BMC Public Health last week.

It included shift workers and healthcare staff, both of whom have irregular work patterns.

It concluded that health and shift work "were independently associated with over twice the odds of severe COVID-19 in 2020" and the odds "were over seven times higher in health workers who work shifts".

Researchers added that vaccinations, therapeutic and preventative options "should take into consideration not only health and key worker status but also shift worker status".

At least 15%  of the workforce in Ireland is employed in shift work.

Speaking on The Pat Kenny Show, Professor Luke O'Neill explained the reasoning behind the study.

"This is a huge study, there were 235,000 people looked at in the UK as part of their Biobank programme," he said.

"They asked a very simple question: If you're a shift worker are you at a higher risk of severe COVID or even death?

"We know death is a low number thankfully in most age groups.

"The second was if you're a healthcare worker, you're at a two-fold higher risk anyway, but if you're a shift worker in healthcare it's a seven-fold increased risk of severe disease.

"This is an important finding, there's something going on with shift work that makes you a bit more susceptible." 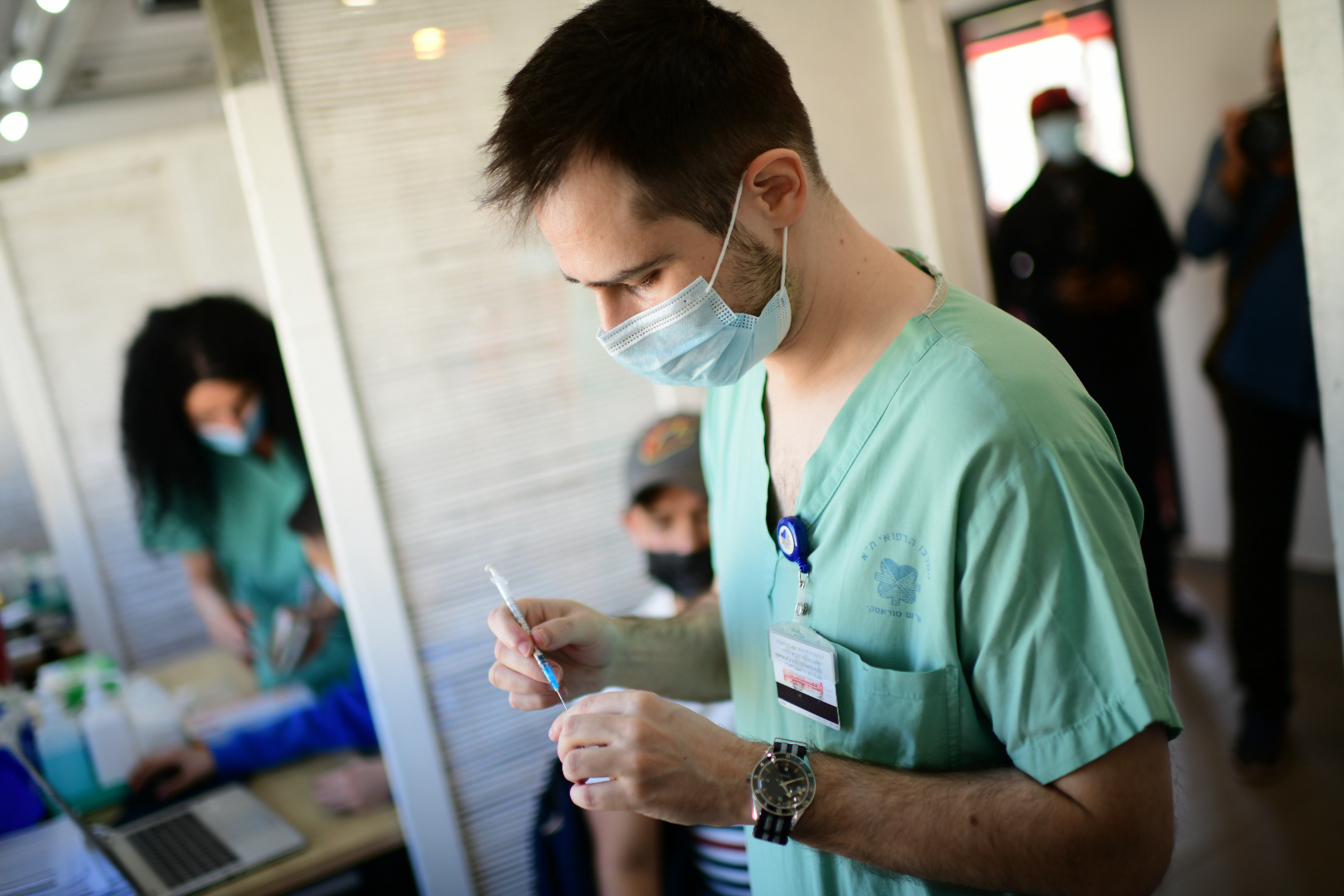 A medical worker prepares to give an injection of COVID-19 vaccine at a medical centre in Tel Aviv, Israel. Picture by: unreguser/Xinhua News Agency/PA Images

Professor O'Neill said that it has been known for quite a while that shift work can lead to increased risk of heart disease, for instance, because it seems it's not ideal for your body.

"You should be asleep at the right time of day basically and if that's disrupted, that can make you a slightly higher risk for these things," he stated.

"And of course, COVID is an inflammatory disease of the lungs, as we know, and there's an increased risk of [shift workers] getting severe disease, as is heart disease.

"Sleep disturbance, that's been known to be a risk factor for COVID as well, so [after] a bad night's sleep, your immune system isn't quite so active and obviously shift workers are inclined to have a very disruptive sleep pattern.

The study also found there was an even greater risk for shift workers who are South Asian, Black, or African Caribbean.

Professor O'Neill said we don't quite know why this is the case, but deemed shift work "one to watch" in terms of COVID infections.