Pat Kenny has paid tribute to journalist Robert Fisk, who died on Friday.

A regular contributor to The Pat Kenny Show, the British-born journalist was Middle East correspondent for the UK newspaper The Independent.

He studied at Lancaster University in the UK, and began his career at the Sunday Express.

He went on to work for The Times where he was based in Northern Ireland, Portugal and the Middle East.

Through his career he covered Lebanon, five Israeli invasions, the Iran-Iraq war, the Soviet invasion of Afghanistan, the Algerian civil war, Saddam Hussein's invasion of Kuwait and the Bosnian and Kosovo wars.

He has also written best-selling books on the Middle East.

He was born in Kent, England in 1946 and gained a BA in English and Classics at Lancaster University.

He also held a PhD in politics from Trinity College Dublin. 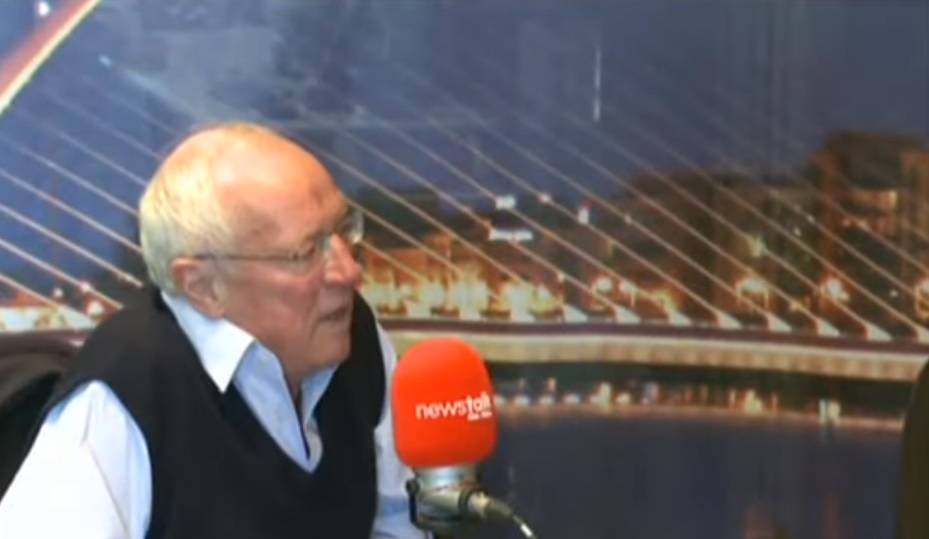 In tribute, Pat Kenny said: "On Friday I lost a friend, this programme lost a friend, our listeners lost an independent voice on world affairs and someone who could interpret for us the fractious divisions - both ancient and modern - of the Middle East.

"Robert Fisk is no longer with us - he died suddenly from a stroke on Friday during a short battle with a respiratory infection which was not COVID-19.

"In the canon of contemporary journalism, Robert Fisk was a giant.

"He had his distractors, but none among them would impugn his integrity.

"He put himself in harm's way so many times in the course of a career which took him from Belfast to Beirut, from Afghanistan to Iran.

"He was fearless in his interrogation of the protagonists of so many of the wars of the modern Middle East.

"In spite of his analytical criticism of successive Israeli governments, he had many Israeli admirers.

"Equally in the United States, his message about the equivocation of administrations on the fate of the Palestinians found receptive ears.

"Others might have gone for a quiet life, but not Robert: in an era of facile headlines, he was the opposite.

"He was the essence of rigour - his news-gathering and fact-checking were object lessons for those who would ever dream of filling his shoes.

"He was one of the few Western journalists to interview Osama bin Laden, which he did on three occasions - on one of which Osama bin Laden attempted to convert him - he failed of course.

"He was an only child, his life was coloured by what he heard from his father Bill who had served in the First World War.

"In one of his many books, 'The Great War For Civilisation', he wrote:

'After the Allied victory of 1918, at the end of my father's war, the victors divided up the lands of their former enemies.

'In the space of just 17 months they created the borders of Northern Ireland, Yugoslavia and most of the Middle East.

'And I've spent my entire career in Belfast, in Sarajevo, in Beirut and Baghdad watching the people within those borders burn.'

"He found a happy working home in Beirut, a cross-roads in the Middle East, which allowed him to get to trouble spots quickly.

"But the place where he found healing from the vicissitudes of journalism on the front line was in Dalkey, where he's had a home for many, many years.

"He said that he'd found his own personal paradise here.

"He was a quiet neighbour but when called upon to do his bit for, for example the Dalkey Book Festival, he did it with enjoyment and enthusiasm.

"And he was in the process of creating an archive from a lifetime of journalism and scholarship, which would be open to students of all the areas in which Robert was an expert when he was so tragically taken from us".

'Irish citizenship meant a great deal to him'

In a statement, he said: "With his passing the world of journalism and informed commentary on the Middle East has lost one of its finest commentators.

"I have had the privilege of knowing Robert Fisk since the 1990s, and of meeting him in some of the countries of which he wrote with such great understanding.

"I met him in Iraq, and last year I had my last meeting with him in Beirut during my official visit to Lebanon.

"I knew that his taking of Irish citizenship meant a great deal to him, and his influence on young practitioners in journalism and political writing was attested by the huge audiences which attended the occasions on which he spoke in Ireland.

"Generations, not only of Irish people but all over the world, relied on him for a critical and informed view of what was taking place in the conflict zones of the world and, even more important, the influences that were perhaps the source of the conflict."

Higgins: Coronavirus crisis is opportunity for society 'to do things better' in future