Residents in Dublin 8 have expressed their frustration over plans for a 19-storey apartment block...

Residents in Dublin 8 have expressed their frustration over plans for a 19-storey apartment block in the area.

The strategic housing development would include 732 homes, mostly rental apartments and co-living units.

The firm has already been granted permission for a development - including a 16-storey apartment block - on adjacent land, and the Player Wills plans would be phase two of the project.

Developers have also pledged "extensive resident amenities and facilities, together with a childcare facility and communal amenity space and public open space".

Joe Clark, a spokesperson for the Dublin 8 Residents Association, told The Pat Kenny Show it has been a long road to redevelop the site, but residents are not happy with the current plans.

He explained: “The background of it is that the site was assembled back in the noughties by a developer, and the plan was to build around 500 homes there. There was extensive community consultation - it was going to be mixed use, mix of owner-occupiers and social housing, community facilities.

“The site fell into NAMA, it was bought by Hines, and they at the time announced they were going to do a similar mix - which everybody in the community welcomed.”

While there were open days held last year, there were no final plans - and Mr Clark said it therefore came ‘out of nowhere’ when developers lodged planning last year for a 16-storey development with ‘intense density’.

He argued there’s plenty of room on the site for good, mixed-use housing, with other examples in the area of six to eight-storey developments. 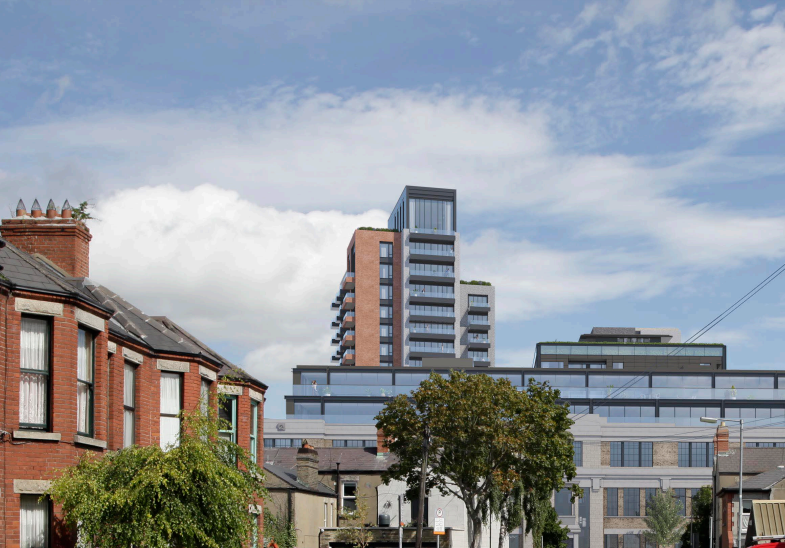 The new apartments being designed for rental is a cause of particular frustration for locals.

Around a third of the housing units would be co-living, with the application having been submitted before such developments were effectively banned.

Mr Clark said: “The vision we think Hines have for it is almost dystopian tower blocks… it’s fairly grim. There’s nothing in this development which is in any way pro-community.

“On the height in particular, we’re all aware that more height has to come in - but best practice is to put height in open areas or beside water, neither of which we have in Dublin 8.

“You almost can’t blame the developers for trying to take advantage of a system that’s flawed.

Since this is a strategic housing development, planning is made straight to An Bord Pleanalá - similar to plans for a 22-storey apartment block in Carrickmines.

The locals in Dublin 8, however, believe there's a lack of joined-up planning, and that efforts should be led by the community, local representatives and the Council.

They've have set up a campaign to object to the site, with formal applications to An Bord Pleanalá being accepted until this evening.

Residents are also fundraising for a judicial review of the plans, but Mr Clark said such court action is expensive.

He said: “For that to be the only route for us as a community, just highlights how badly the system is rigged against us.”

Mr Clark stressed the locals are not planning professionals, but he believes planners and planning authorities 'should have the community's back' when drawing up plans for new developments.