The Taoiseach Leo Varadkar and British Prime Minister Boris Johnson found some "common ground" during a bilateral meeting in Dublin on Monday.

However they said that "significant gaps remain" on Brexit.

The two leaders met at Government Buildings to discuss the latest Brexit impasse in the UK.

According to a joint statement following the meeting, it was "positive and constructive".

"This was an essential and timely opportunity for the Taoiseach and the Prime Minister to establish a relationship and a better understanding of each other's positions," the statement said.

"They spoke privately over breakfast for more than half an hour before joining their delegations for another half hour meeting.

"While they agreed that the discussions are at an early stage, common ground was established in some areas although significant gaps remain."

"Ireland and the UK are committed to securing an agreement between the European Union and the UK, and recognise that negotiations take place through the Brussels Task Force.

"They also shared their commitment to the Good Friday Agreement and the restoration of the power-sharing institutions in Northern Ireland.

"They look forward to meeting each other again in the near future", the statement added. 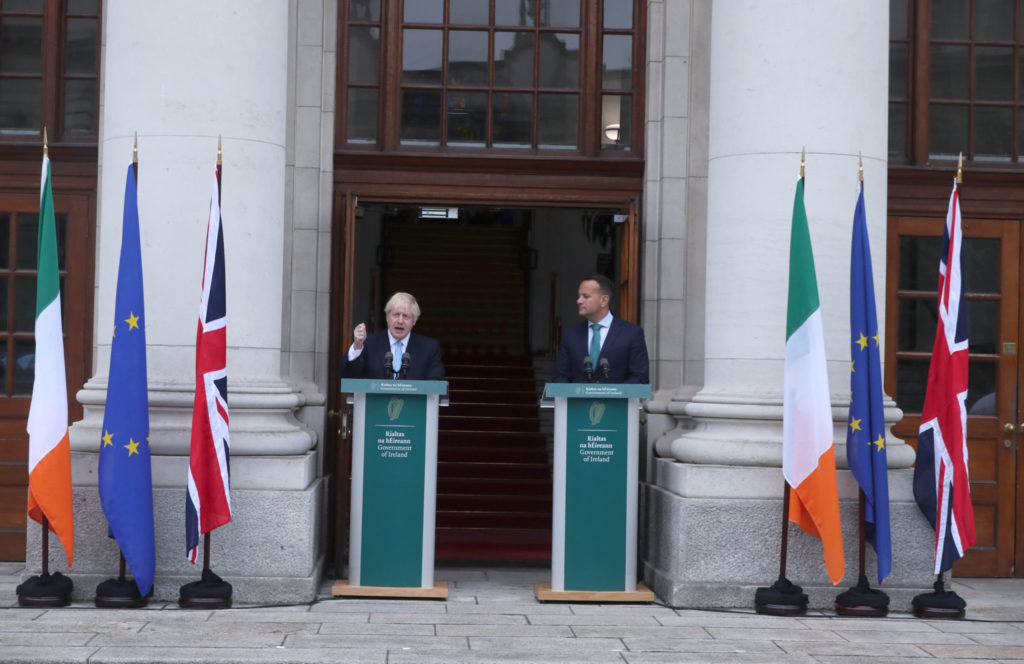 Earlier, Mr Johnson arrived at Government Buildings just before 10.00am - around 40 minutes later than planned.

The two leaders greeted each other on the steps, before waving and going inside.

A large scrum of journalists - both Irish and international - were waiting to hear any remarks ahead of the talks.

The two men emerged a few moments later to give prepared remarks and take questions.

Mr Varadkar said there was no such thing as "a clean break" from the EU. He also suggested that no-deal would see major challenges for the UK.

"There's no such thing as a clean break, or just getting it done - rather we'll just move on to a new phase.

"If there is no deal, it'll cause severe disruption for British and Irish people alike - not so much on the continent.

"And whatever happens we'll have to get back to the negotiating table quite quickly - and when we do, the first items in the agenda will be citizen's rights, the financial settlement and the Irish border.

"But if there is a deal, and I think it's possible, we'll enter talks on a future relationship agreement between the EU and the UK".

"Prime Minister: negotiating [Free Trade Agreements] with the EU and the US and securing their ratification in less than three years I think is going to be a Herculean task for you.

"But we do want to be your friend and your ally, your Athena in doing so.

"And I think the manner you leave the European Union will determine whether that's possible". 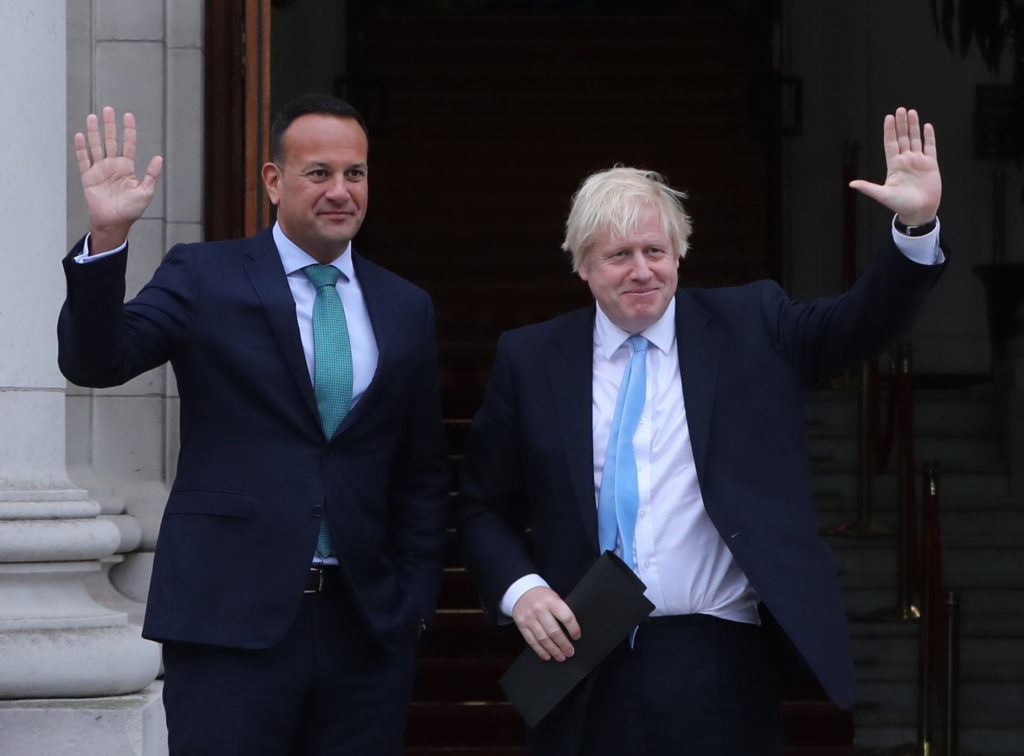 Seeming to refer to the backstop element of the Withdrawal Agreement, Mr Varadkar said: "I am ready to listen to any constructive ways in which we can achieve our agreed goals and resolve the current impasse.

"But what we cannot do and will not do, and I know you understand this, is agree to the replacement of a legal guarantee with a promise".

Boris Johnson says that he believes a deal can be reached by October 18th (accepting new date under Benn bill). Says Ireland and the U.K. have gotten over bigger problems than Brexit before pic.twitter.com/7cZQCW6thm

"Our businesses need long-term certainty, and the people of this island north and south need to know that their livelihood, their security and their sense of identity will not be put at risk as a consequence of Brexit."

"The stakes are high.

"Avoiding the return of a hard border on this island and protecting our place in the single market are the Irish Government’s priorities in all circumstances.

"We must protect peace on the island and the burgeoning success of the all-island economy.

"This is why the backstop continues to be a critical component of the Withdrawal Agreement, unless and until an alternative is found.

"Yes, we are open to alternatives.  But they must be realistic ones, legally binding and workable.

"We have received no such proposals to date. "

For his part, Mr Johnson said his country "must come out" of the EU by October 31st or "permanent damage would be done in the UK to trust in our democratic system."

But he suggested: "The UK will never, ever institute checks at the border and I hope our friends in the EU would say the same".

He also suggested that trusted trader screens or electronic pre-clearance of goods could be used on the border.

And Mr Johnson repeated his claim that the island of Ireland could be seen as one entity for the purpose of agri-foods.

Mr Johnson was in Dublin after a bruising week - the most recent blow coming after a member of his cabinet, Amber Rudd, resigned on Saturday claiming there is no plan.

In a letter to Mr Johnson, she wrote: "I joined your Cabinet in good faith: accepting that 'No Deal' had to be on the table, because it was the means by which we would have the best chance of achieving a new deal to leave on 31 October.

"However I no longer believe leaving with a deal is the government's main objective."

She said she had not received reassurances she sought that efforts were being made to reach a fresh deal with the EU.

Meanwhile, streets near Government Buildings were closed to traffic earlier as part of a security operation.

Border Communities Against Brexit are protesting at the Dail this morning as Boris Johnson arrives to meet the Taoiseach.

They say the mood among people living along the border is frustration, anxiety and fear. pic.twitter.com/xydk5w7b1Z

Merrion Square West was also shut down, with Dublin Bus routes diverted via Kildare Street and the east end of the square.