The ASTI has decided to re-enter talks with the Department of Education to discuss plans for this...

The ASTI has decided to re-enter talks with the Department of Education to discuss plans for this year's Leaving Cert assessments.

The union withdrew from talks with the Department earlier this week over proposals to prioritise a system of calculated grades.

It contended that the plans were "unacceptable", but yesterday said it had "constructive engagement" with the Education Minister.

The ASTI said today it has been told that oral and practical exams, as well as coursework, will go ahead this year.

The union also says it has been assured teachers will not have to rank their students like last year.

A spokesperson said the Minister was "unequivocal in her statement of commitment to holding the Leaving Certificate this year".

"On that basis, the ASTI believes that doubts regarding the staging of additional component elements of this year’s Leaving Certificate Examinations have been substantially alleviated. We expect the Minister to ensure that they will take place," they added.

Their statement concluded that the ASTI will now re-enter the discussions process and will "continue to constructively engage to seek to ensure ways are found to facilitate this year’s Leaving Certificate students in moving on with their lives".

Minister for Education Norma Foley welcomed the return of the ASTI to the ongoing discussions.

Earlier, Labour's Education Spokesperson said the continuation of talks aimed at planning for this year's Leaving Cert exams without the support of the ASTI could lead to "an acrimonious situation".

Aodhán Ó Ríordáin added it would not be a "wise" idea to press ahead with the contingencies without the teaching union.

Speaking to Newstalk Breakfast with Susan Keogh, Deputy Ó Ríordáin urged the ASTI should reengage with the talks.

"I think everybody was extremely disappointed by the ASTI walking away from the talks process on Thursday evening," he said.

"It came as a surprise to most people and I suppose we have to all recognise that nobody is going to be 100% satisfied with the outcome of this process."

Deputy Ó Ríordáin added that progress can only be made "if everyone is around the table" and acknowledged that while teachers may be nervous about entering into a process of organised grades, "there are bigger things at stake here".

Nothing is achieved by walking away from the table.

Would encourage @astiunion to re-engage and to help find a solution to #LeavingCert2021.

No-one is pretending it’s an easy process for anyone but the students have been through enough.

On the continuation of Leaving Cert discussions without the ASTI, he said: "I'm not sure if it's terribly wise.

"Obviously you would much prefer to have everybody on board, that could lead to an acrimonious situation and it would be difficult to see how it could proceed if one of the teachers' unions is outside of that and not participating.

"So obviously we would much prefer it if everybody was on board.

He said he appreciates it would be more difficult to provide calculated grades for students who have been away from classrooms for such an extended period of time this academic year, with data submitted last year, such as mock exam results, not available this year.

There is also the challenge of keeping students engaged with schoolwork if there was calculated grades until the summer, he added.

"We're just coming out of a month where we had over 1,000 deaths, we had more cases in January than we had in the totality of 2020 and there's no guarantee of when people will return to school," Deputy Ó Ríordáin said.

"We don't know what's going to happen in April or May with the new variants circulating.

"The only thing we can be certain of is we can proceed with a calculated grades system and that's what I think the ASTI and all sectors should come to a decision on and a decision on very quickly." 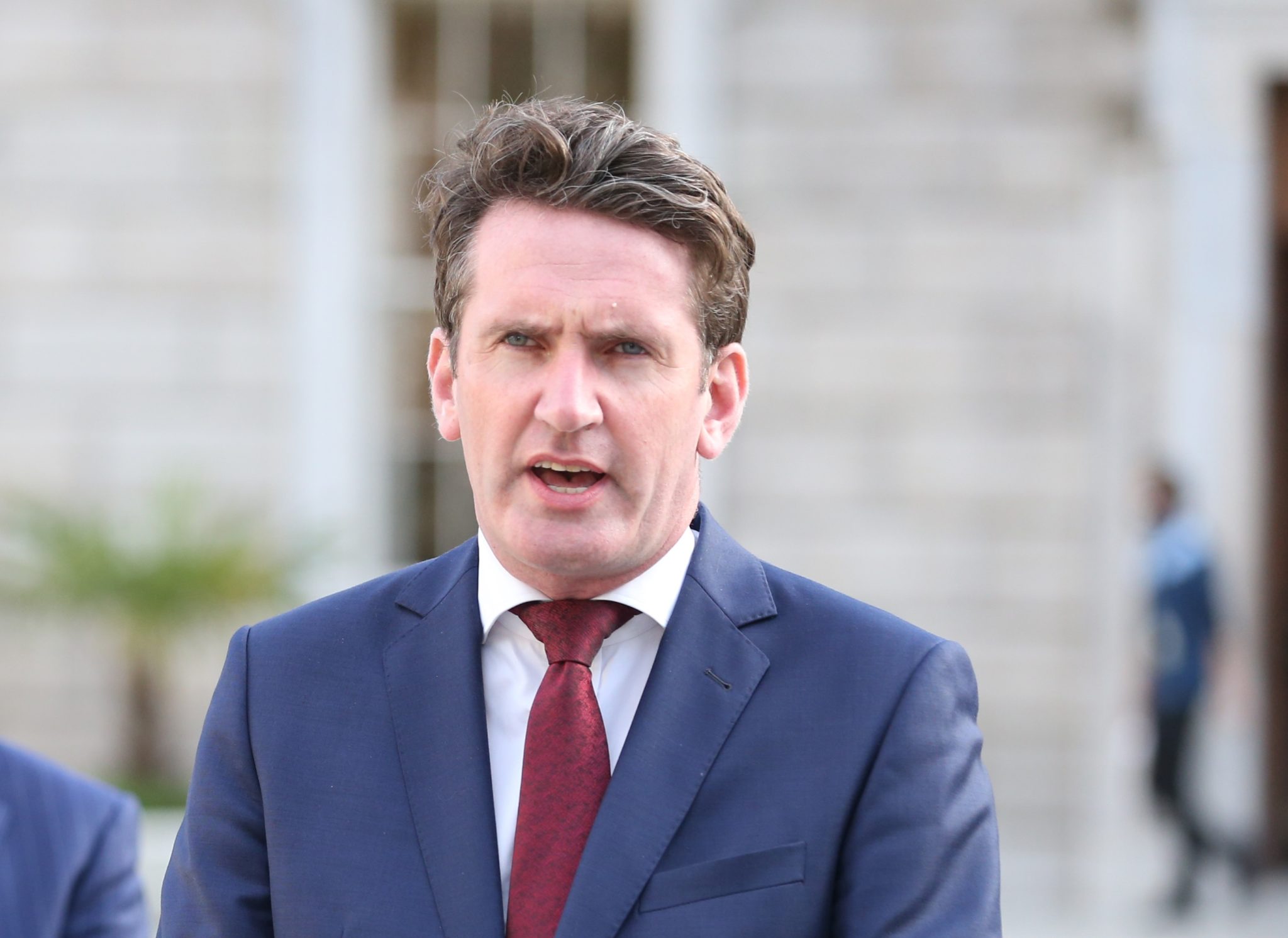 Reaching a consensus on calculated grades would have been easier if an independent review into the Leaving Cert in 2020 had been conducted by the Department of Education as the Labour party urged in October, Deputy Ó Ríordáin added.

He said that if such a review had been carried out, mistakes made in 2020 could have been learned from and a "degree of comfort" would have been given to teachers' unions.

It was a failure of the Government not to carry out the review which could have provided information and recommendations for the current academic year, he stated.

On when schools can be reopened, he said the conversation "can't be divorced" from the wider discussion of how to suppress COVID-19.

"There is no point in returning to school for a week and then closing down schools for another two months," Deputy Ó Ríordáin said.

"All of these things are interconnected, the amount of virus that's circulating, the numbers of infections, the body count that we're doing on a daily basis.

"I hate to put it in those terms but the fact of the matter is that people are dying from this disease and the numbers are still stubbornly high every day."

This article was originally published at 10.44am