Political leaders in the Republic and Northern Ireland now need to commit themselves to having on...

Political leaders in the Republic and Northern Ireland now need to commit themselves to having one coronavirus response across the whole island, Dr Gabriel Scally has said.

The public health expert said he 'cheered' the memorandum of understanding signed by both governments in the early stages of the outbreak, but it seems to have made 'very little' practical difference.

Dr Scally was speaking amid the increasing number of cases in both jurisdictions on the island.

Northern Ireland has reported record high figures in recent days, while the Republic yesterday saw the most new cases recorded since April.

It has fueled calls for a cross-border and all-island approach to restrictions.

Dr Scally - visiting Professor of Public Health at University of Bristol and President of Epidemiology & Public Health at the Royal Society of Medicine - told On The Record with Gavan Reilly that he's been calling for a cross-border response since the early days of the pandemic.

He said: "When the memorandum of understanding was signed North and south, I cheered - I thought that was excellent, just what was needed. The virus doesn’t recognise borders, and neither should our response.

“Unfortunately, I think the amount of practical difference it has made has been very little. Right from the beginning, there should have been an integrated response - not just having telephone conversations once a week, or exchanging information, but doing the same thing north and south.

“[They should make] sure particularly that the rules are the same - not just about social distancing or mask wearing, but even making sure the rules for the pubs are the same, so you’re not getting people going back and forward... and [having the same] rules for people coming into the country.

“If it was a disease in cattle or pigs, we would have been absolutely on top of this. There’d be no question of doing different things in Strabane than Lifford."

He suggested such an approach requires leaders to put aside their differences for however long it takes to do the job properly.

'Boris Johnson has enough on his plate'

While acknowledging there are political barriers, Dr Scally argued that such barriers are "only in people's heads".

He pointed to Scotland as a jurisdiction which has 'gone its own way', albeit in the context of Westminster having control over the likes of the border. 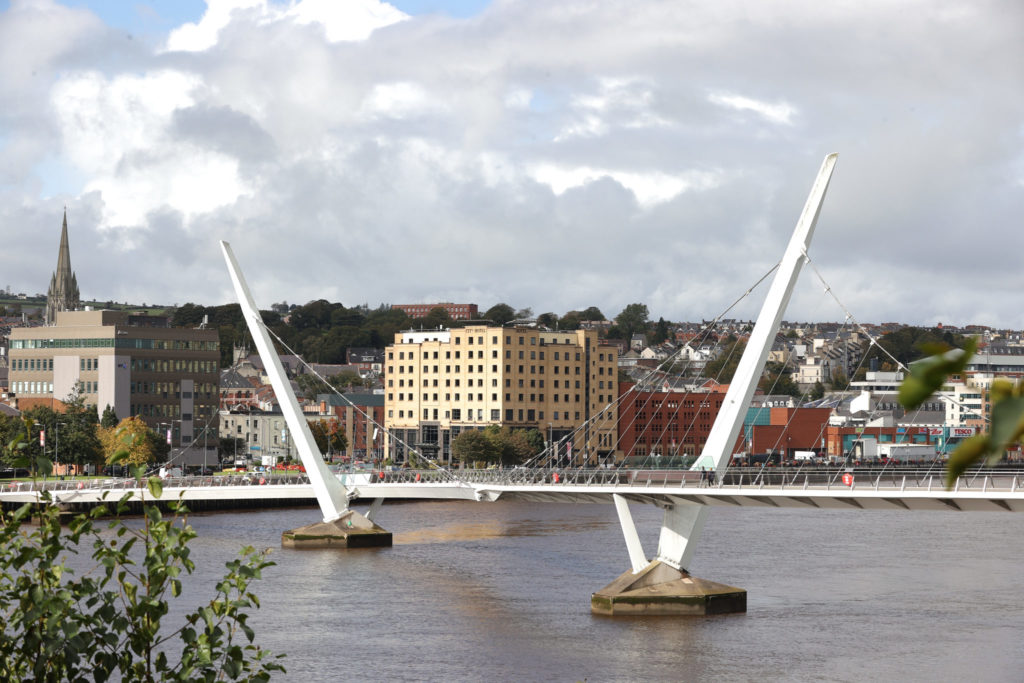 The Peace Bridge over the River Foyle in Derry. Picture by: Liam McBurney/PA Wire/PA Images

He argued: “North and south could agree lots and lots of things that they haven’t worked hard at.

“I’d really like to see the leaders North and south stand up there, and commit themselves to having one response across the whole island.

"I don’t think you’d get any grief from Boris Johnson about that at all - he’s got enough on his plate.”

Dr Scally criticised the current English model of testing, tracing and supports as 'dreadful' - and that Northern Ireland has been a victim of that.

However, he also highlighted that the response in Northern Ireland has been 'the most untransparent by a long way of any of the jurisdictions on these two islands'.

He also said the issue of people arriving from abroad remains a 'hole in the roof' in Ireland's response, and that officials need to stop cases being imported here.