"The goat has a good bill of health."

The King Puck goat has been taken down from its pedestal at the Puck Fair in Killorglin due to animal welfare concerns.

In a statement, the festival said the wild goat was taken down due to the current “unprecedented spells of hot, sunny weather”.

It said animal welfare is its highest priority and the goat is now being kept in the shade with cold water and food. 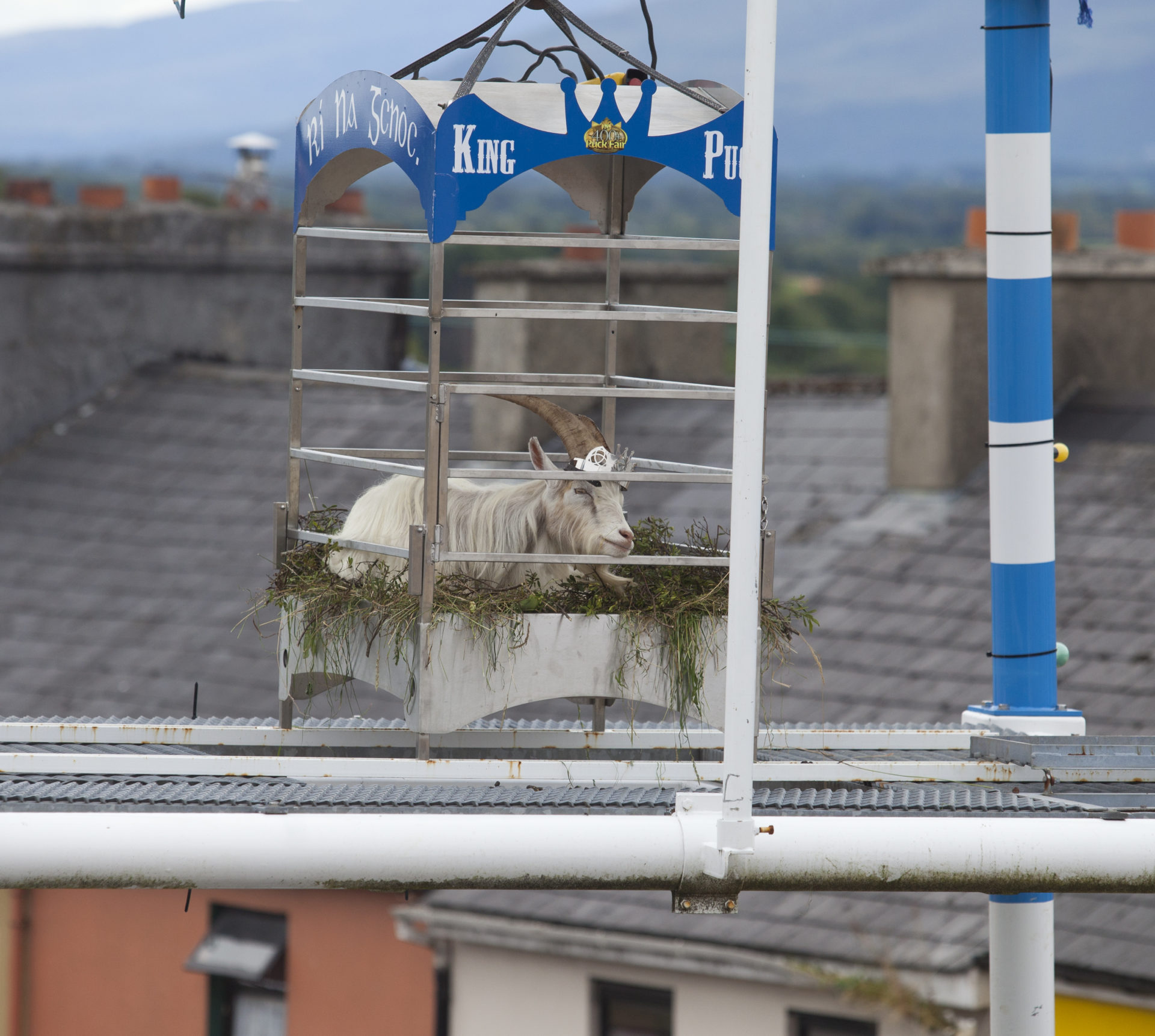 King Puck in his cage after spending two nights perched high over Killorglin in in 2015, 11-08-2015. Image: RollingNews

“Under the five Freedoms of Animal Welfare, Puck Fair continues to ensure that the welfare of King Puck is their highest priority,” said a Puck Fair spokesperson.

“Due to unprecedented spells of hot, sunny weather, King Puck was removed from the top of the stand this morning, placed in the shade with a constant supply of cold water and food, and is receiving hourly vet check-ups that continue to show that the goat has a good bill of health.”

The goat had been due to remain suspended over the town in its cage until Friday.