Kilkenny tops list of cleanest towns and cities in Ireland

Kilkenny is the cleanest town in Ireland according to a new litter survey. The survey by Irish Bu...

Kilkenny tops list of cleanest towns and cities in Ireland

Kilkenny is the cleanest town in Ireland according to a new litter survey.

The survey by Irish Business Against Litter (IBAL) handed Kilkenny the award for a record fourth time.

Meanwhile, Galway edged out Waterford to claim the title of Ireland’s cleanest city.

The survey found significantly less litter on Ireland’s city streets when compared to a decade ago; however, Dublin’s north inner city recorded its “worst showing in years” and was branded “seriously littered.” 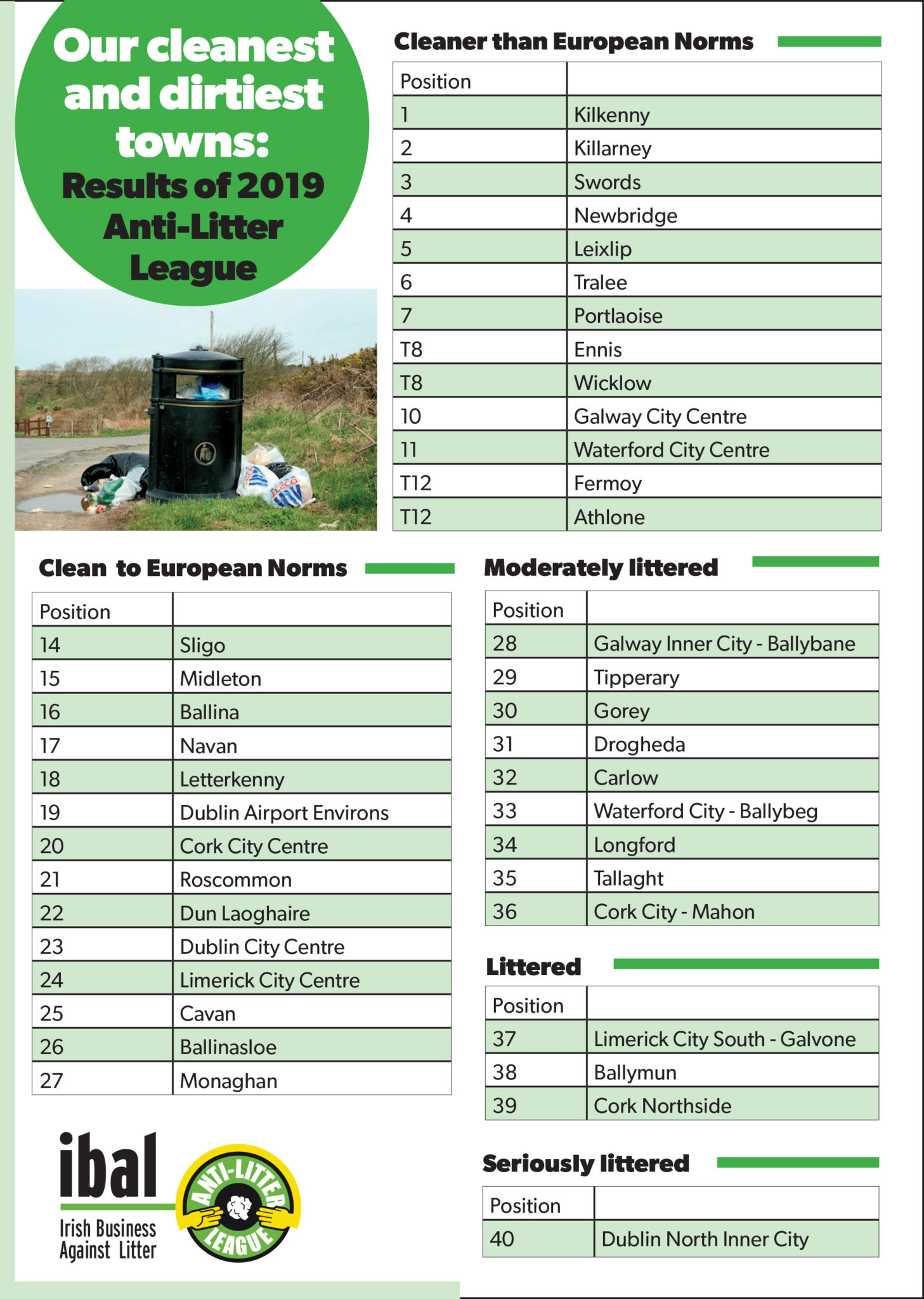 “It has been a good year for cities,” he said.

“All our city centres are ‘clean’ – that is for the first time in the 17 years we have been conducting these surveys.

“But we have seen towns slip back. We have seen a large increase in heavily littered sites within towns so that while towns are generally good, in most cases, there are one or two really bad sites that are letting them down.”

He said it is important that citizens and local groups keep the pressure up on local authorities to sort out the black spots identified.

“The problem this year was that we had too many heavily littered sites,” he said.

“We have identified them. We think it can’t be beyond the local authority to go now and fix them up.

“They are probably areas that are not accessible to the tidy towns and other groups that help out so this one is up to the local authority to fix and then we will have our towns as clean as ever for 2020.”

An Taisce, which carried out the surveys on behalf of IBAL, warned that there has been little reduction in litter in disadvantaged city areas over the past five years

Only one of the 25 sites surveyed in the Cork Northside were found to be clean while in Dublin’s North Inner City, the lack of clean sites was found to be “striking.”

Mr Horgan warned that cigarette butts are “essentially single-use plastic which readily winds its way into our sewers and rivers.”