The funeral of Mark O'Sullivan, one of three men who died in a shooting in Co Cork last week, wil...

The funeral of Mark O'Sullivan, one of three men who died in a shooting in Co Cork last week, will take place today.

The funeral of his brother Diarmuid and father Tadg O'Sullivan heard yesterday that the loss of three lives is incomprehensible.

The father (59) and son (23) were buried yesterday, after a suspected murder-suicide at their home near Kanturk.

The eldest son Mark (26) was found dead in a bedroom in the family farmhouse over what is understood to be a dispute over the farm inheritance.

Tadg and Diarmuid are then understood to have shot themselves in the nearby field a short time later.

At their funeral yesterday, Parish Priest Father Toby Bluitt said the shock, numbness and devastation was impossible to imagine.

Ralph Riegel, Southern Correspondent for Independent News and Media, said it was a "very powerful homily".

He told Newstalk Breakfast with Susan Keogh: "It captured exactly the mood of north Cork which has been shaken to its core over the scale of the tragedy.

"I think people were very moved by Anne O'Sullivan, a 60-year-old mother whose entire family was wiped out, arriving at the requiem mass in Saint Mary’s Church in Castlemagner supported by family and friends and escorted into the church.

"With social distancing and Level 5 restrictions, there was only a very small number of people allowed in Saint Mary’s.

"But I think the community wanted to demonstrate its support for her and for the entire family so there was quite of a number of people socially distanced on the grounds and lining the funeral route.

Mr Riegel said two separate funerals had been arranged for the family, with Mark's funeral due to be held in a different church, the Church of the Immaculate Conception in Kanturk, at 3.30pm this afternoon. 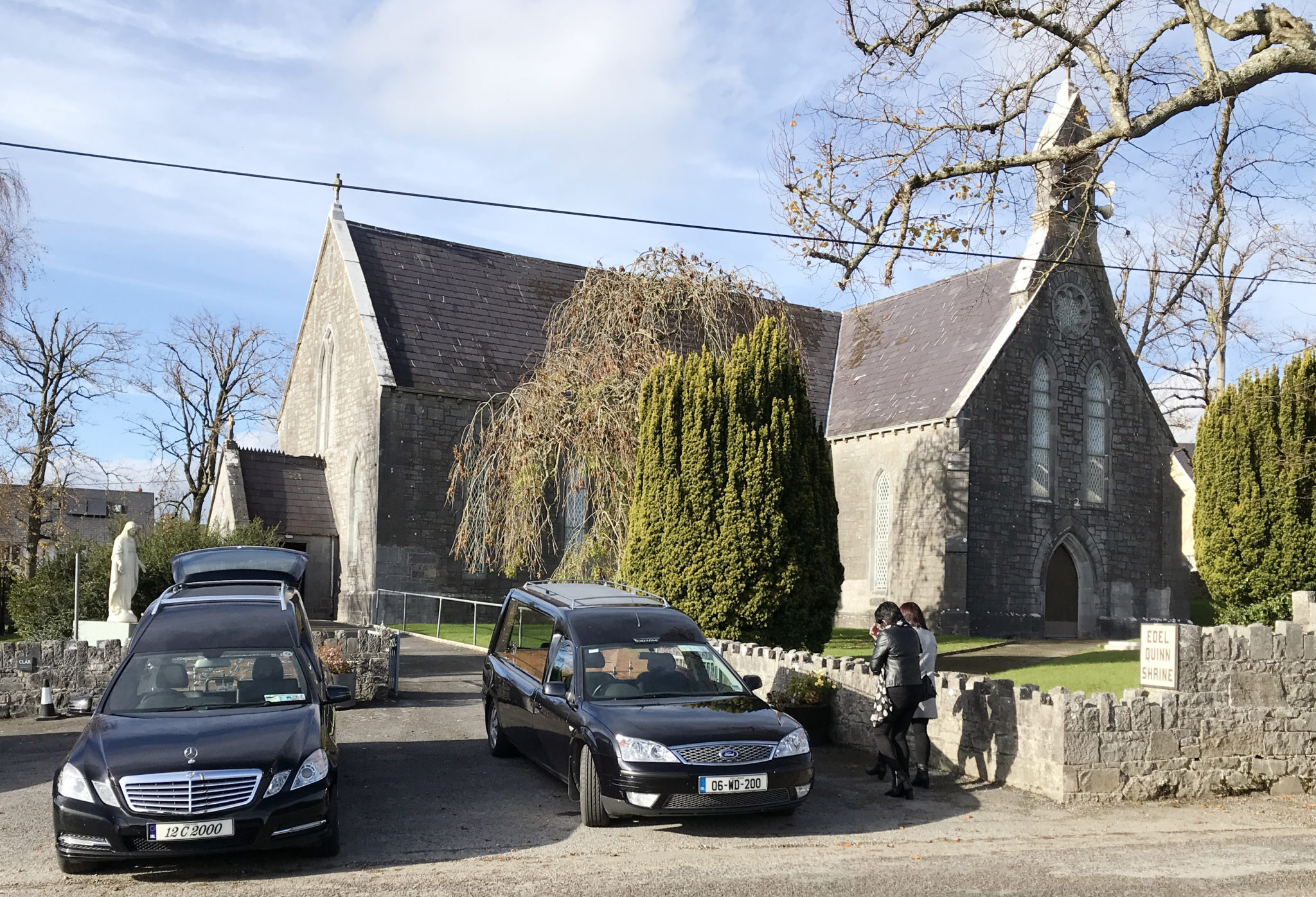 He added that Gardaí are being "tight-lipped" about the details of their investigation, but that ballistic tests would be crucial in determining what happened in the farmhouse near Kanturk last Monday.

He said: "Gardaí are keeping very tight-lipped about the nature of their investigation but they simply don't have all of the information yet.

"The post-mortem examinations were concluded on Monday so Gardaí do have the results of those but they are still waiting for the results of forensic tests and crucially, ballistic tests which are being conducted on the three weapons recovered at the scenes.

"They are two rifles and a shotgun and it is not believed that the shotgun was used.

"The ballistics tests are going to be absolutely central in determining to the Gardaí the precise sequence of events that led to this tragedy but unfortunately, the primary theory being examined is that this was a murder double suicide in that Mark was shot up to seven times in the bedroom of the farmhouse.

"At that point then, Tadg and Diarmuid went to a field around 600 metres from the farmhouse and both took their own lives."

Today's mass will be held in accordance with COVID-19 guidelines and is open to family members only. It will be streamed to the public online.

The family has requested that only family send flowers with donations to the Jack and Jill Foundation welcome.