The British Prime Minister Boris Johnson has called on MPs who voted down his Brexit bill on Tues...

The British Prime Minister Boris Johnson has called on MPs who voted down his Brexit bill on Tuesday to now back a UK general election to break the deadlock.

He said he wanted to deliver Britain's departure from the EU on October 31st, but claimed UK Labour leader Jeremy Corbyn was stopping him doing so.

Mr Corbyn claimed the deal secured with Brussels last week was a "worse than terrible treaty".

Their clash came just minutes after a sit-down meeting between the two, their chief whips and senior advisers.

A Conservative Party source said it was to find common ground for a new timetable for the bill to pass through the British parliament, after Mr Johnson's "paused" the bill's progress following defeat on his bid to rush it through in three days.

They added that Mr Corbyn would unleash his party's support for an early election once "the threat of a no-deal crash out is off the table".

It is not possible to rule out no-deal completely, but the EU is expected to approve a request for a three-month delay later on Wednesday.

President of the European Council Donald Tusk said he had given Mr Johnson reasons why he is recommending the EU27 accept the UK request for an extension.

In my phone call with PM @BorisJohnson I gave reasons why I’m recommending the EU27 accept the UK request for an extension.

Scotland's SNP hinted they too could back a snap poll, its Westminster leader Ian Blackford called on Mr Johnson to "secure an extension and bring on a general election".

A Brexit extension could go as far as January – but could end sooner if the deal is passed in London.

The Taoiseach Leo Varadkar spoke to Mr Tusk on Wednesday morning, and confirmed that he would support the extension.

They noted that the UK could still leave before January 31st if the UK parliament passes the deal.

Mr Johnson, who had issued a “do or die” pledge to take the UK out of the EU on October 31st, was forced to request a delay after MPs refused to back the deal last Saturday.

He has made it clear however that he does not want the EU to grant it.

On Tuesday night, Downing Street said that if it is granted, the “only way the country can move on is with an election.”

Mr Johnson said he would consult with other EU states today.

"I must express my disappointment that the House has again voted for delay, rather than a timetable that would have guaranteed that the UK would be in a position to leave the EU on 31st October with a deal," he said.

"We now face further uncertainty and the EU must make up their minds over how to answer parliament's request for a delay."

He said the UK Government would now “accelerate” its no-deal preparations, insisting it was now the “only responsible course” available to it.

Mr Johnson did win the first vote on the deal on Tuesday night – moving it forward to a second reading.

That marked the first time UK MPs have voted in favour of a Brexit deal since the leave vote in 2016.

Mr Johnson praised MPs who were “sceptical” of the deal but “decided to place the national interest ahead of any other consideration" and vote for its second reading. 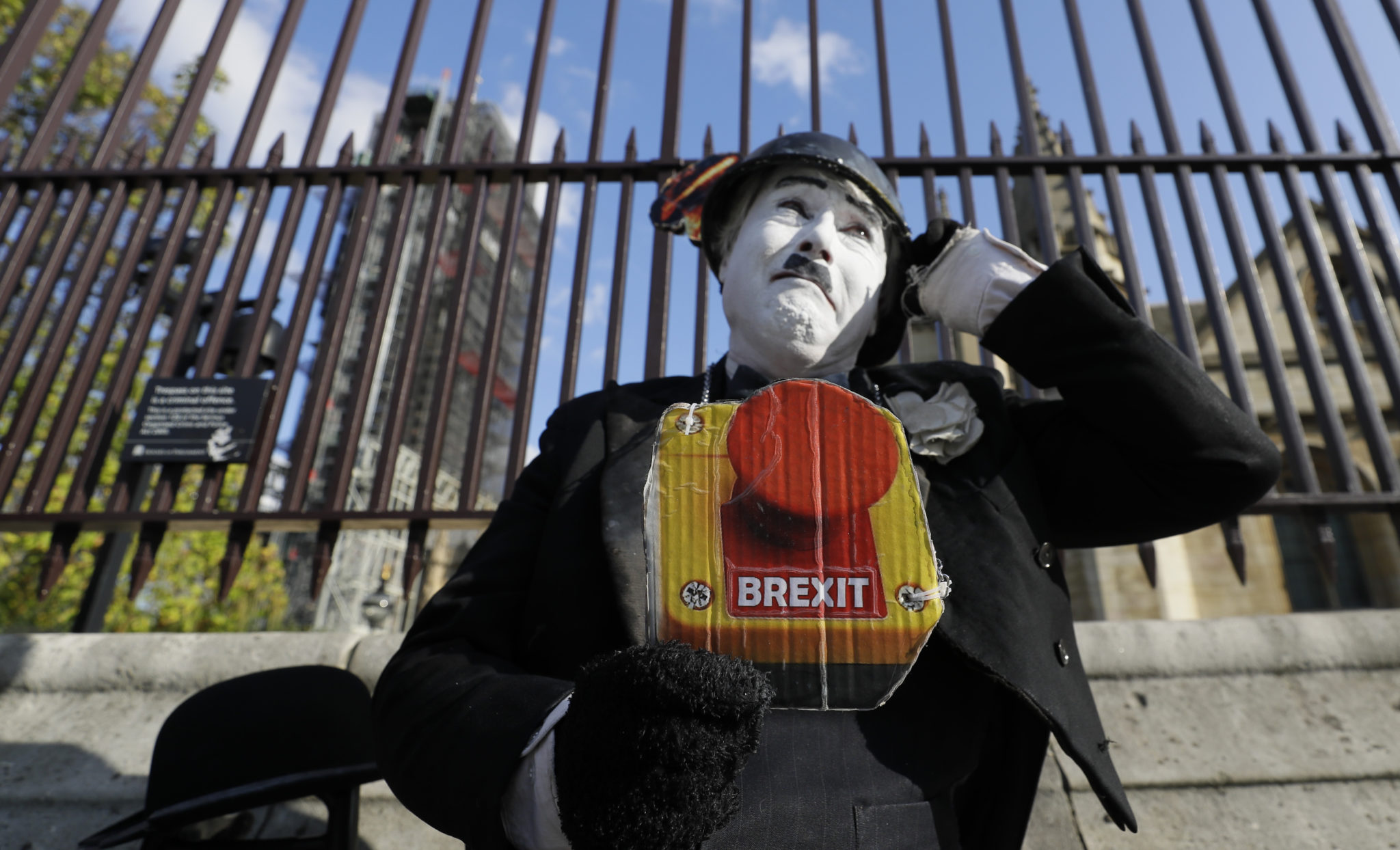 The motion to move it forwards was passed by a 30 vote majority – including 19 Labour MPs.

“Nobody thought we could secure the approval of the House for a new deal and we should not overlook the significance of this moment," said Mr Johnson.

Reiterating his pledge to deliver Brexit on Halloween, he added: "Let me be clear. Our policy remains that we should not delay, that we should leave the EU on October 31st and that is what I will say to the EU and I will report back to the House.

"And one way or another we will leave the EU with this deal, to which this House has just given its assent.

"And I thank members across the House for that hard-won agreement."

Mr Johnson now must decide whether to use the extra time to debate the Brexit Withdrawal Agreement and get it passed in the house – or to push for the election in the hope that he will be returned with a working majority.