A statue of former US President John Fitzgerald-Kennedy has been unveiled in his ancestral home in Co Limerick.

It was unveiled by vice-president of the European Parliament Mairead McGuinness in Bruff.

The statue, which shows Mr Kennedy holding a bible, was created by artist Seamus Connolly from Co Clare.

When he took the oath of office on January 20th 1961, he did so with his hand placed on a thick brown leather bible with a gold cross.

This bible was brought by his Fitzgerald ancestors in Bruff to the United States in 1848.

Ms McGuinness said: "Our heritage is central to who we are as a people. And the Fitzgerald Kennedy story is a very proud one".

"The Fitzgerald-Kennedy story is an inspiring one, a story of triumph of hard work and ambition, one of that gives hope to many and indeed has much resonance for immigrants today."

In 2013, Caroline Kennedy - along with her husband and children - visited Bruff where she opened the Fitzgerald Centre.

The former courthouse was renovated by Bruff Heritage Group as a visitor centre, displaying the ancestral links with the Fitzgerald-Kennedy family. 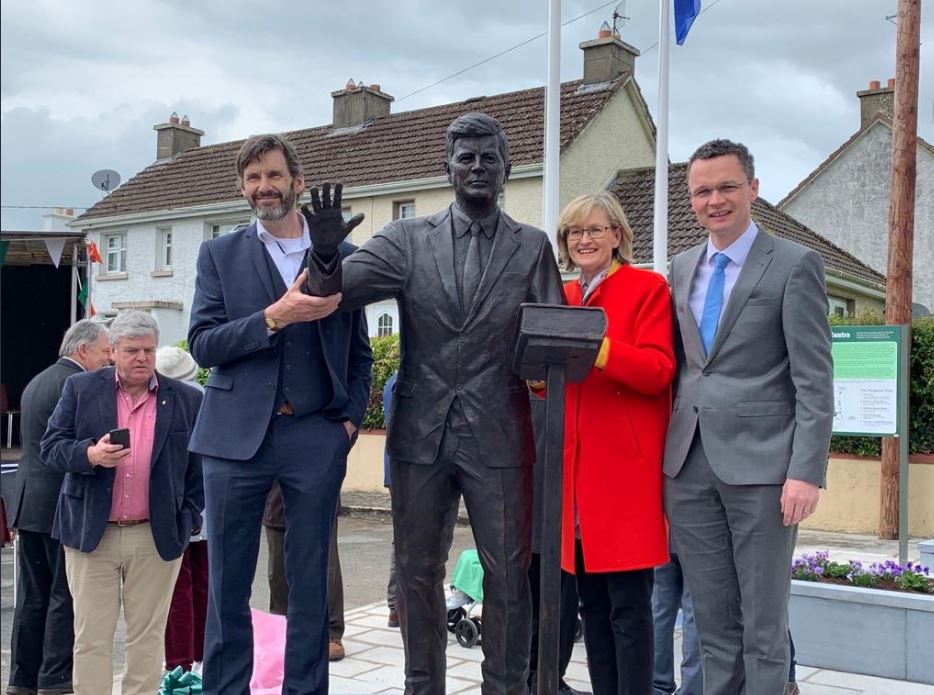 Last year Bruff Community Council, Bruff Tidy Towns and Bruff Heritage Group secured funding from the European Union through the Department of Rural and Community Development to erect the statue.

Ms McGuinness praised these groups for their work: "Your work ensures that the rich history of the Fitzgerald-Kennedys continues as a living heritage.

"I'm delighted and honoured to unveil this statue which is an important aspect of this heritage", she said.

Work on the statue was completed in March, in conjunction with Limerick County Council.

A JFK monument was previously unveiled in New Ross, Co Wexford to mark the 50th anniversary of his death in 2013.

INTERACTIVE: How many Irish people have been diagnosed with COVID-19?

Over €90,000 of cannabis plants seized in Limerick

INTERACTIVE: How many Irish people have been diagnosed with COVID-19?