'It's nice to be back' - Dublin prepares for 3,500-strong pilot music festival

Final preparations are underway for an outdoor pilot music festival in Dublin this weekend. Irela...

'It's nice to be back' - Dublin prepares for 3,500-strong pilot music festival

Final preparations are underway for an outdoor pilot music festival in Dublin this weekend.

Hosted by the Irish Museum of Modern Art (IMMA) and MCD Productions, it will have a capacity of 3,500 people.

Rapid antigen testing will be a requirement to access the gig, with health specialists conducting the tests prior to the event. 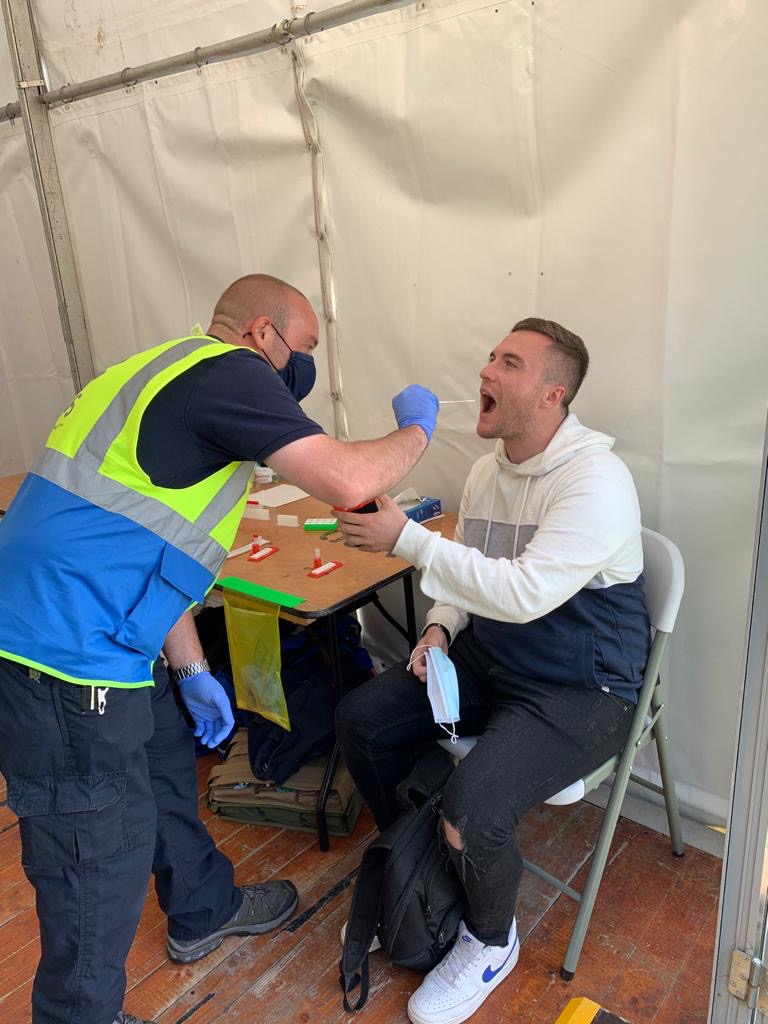 It will feature performances from artists including Gavin James, Lyra, Denise Chaila and Sharon Shannon.

Tickets were sold in pods of either four or six people and are not transferrable.

People will also be required to wear a mask when outside of their pod.

People are asked to not attend the concert if they are suffering from any symptoms of COVID. 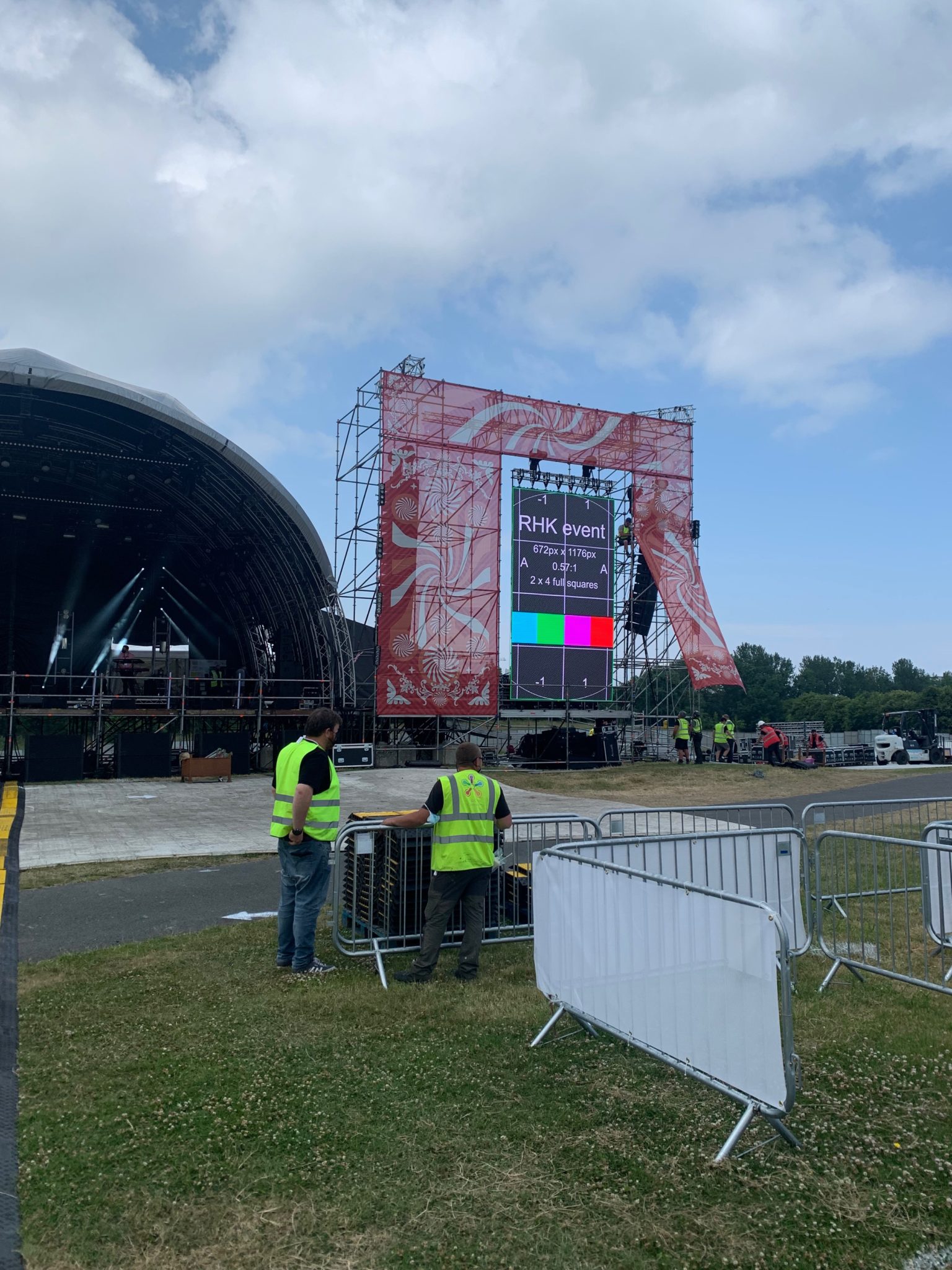 Part of the stage set up in Dublin's Royal Hospital Kilmainham. Picture by: Sean Reidy

Newstalk reporter Sean Reidy got a sneak peak for The Hard Shoulder.

Rigger Daniel McEvoy told him it means a return to work: "We did the Iveagh Gardens first, and now this is our second one - the biggest out of the lot.

"Lucky enough I'm a social worker as well - but this is the first one and we were all out of work, so it's nice to be back."

Luke, Calum and Oliver are setting up the pods.

"We're just setting up the barriers and the pods for everyone that's coming in tomorrow.

"There's about 400 pods set up and then we're setting up the cow gates in and around all the bars as well, and the food trucks.

"It's a pain now, to be fair, because we've had to re-align them about seven times now.

"And for it all to be wrecked and then it all has to be collected on Sunday afterwards." 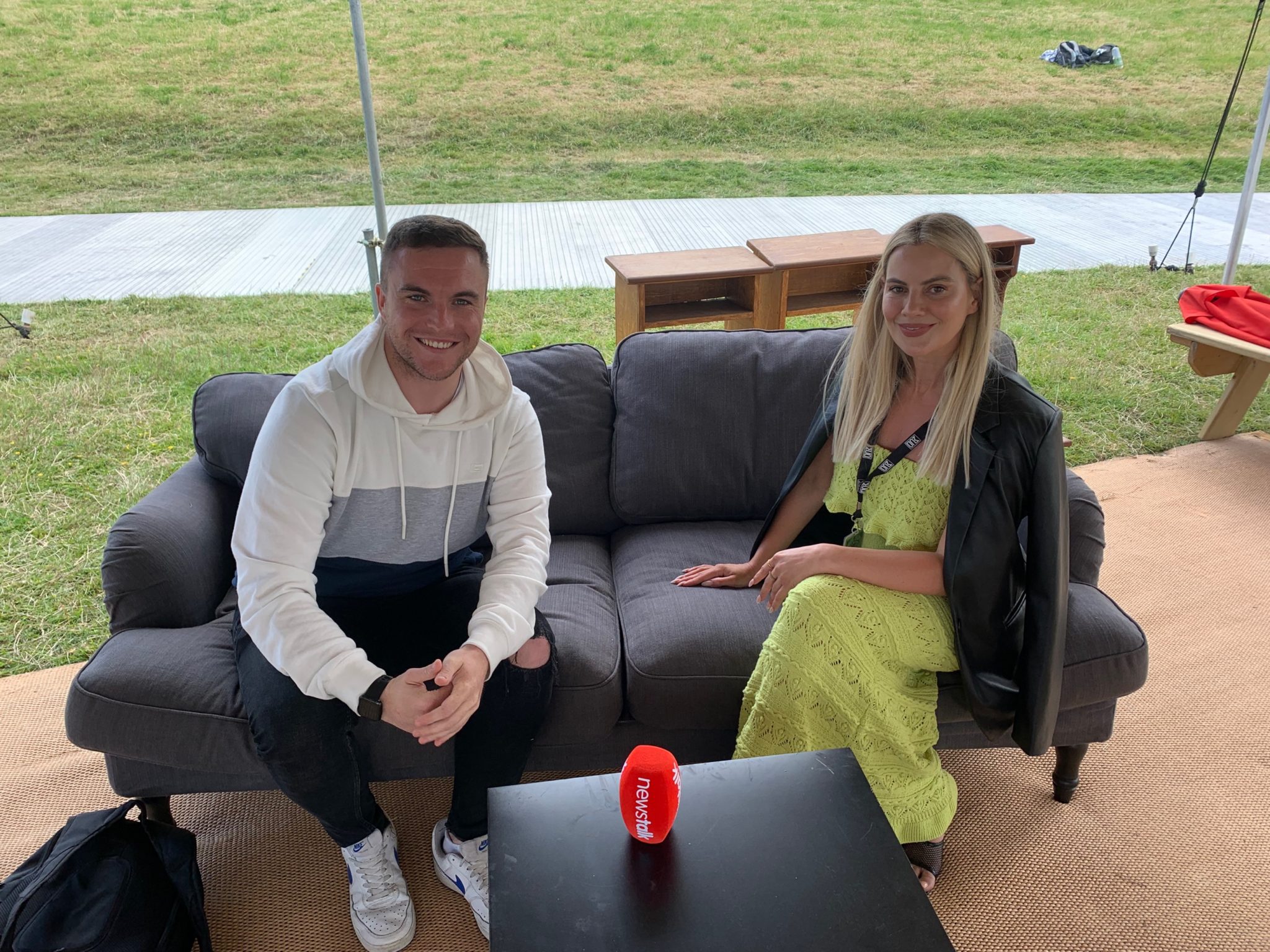 Reporter Sean Reidy with singer Lyra, who will be performing at the Royal Hospital Kilmainham. Picture by: Sean Reidy

Singer Lyra says the thought of being back on stage is wonderful - and scary.

"It's literally magical: coming in today I was like 'Wow, I'm actually getting back on a stage'.

"I was scared, I got a bit of butterflies and I was like 'Oh holy Moses, what if I fall on my arse on stage or something happens because I haven't done it in so long?'

"It was so lovely to see the stage and see where the audience would be, and know that I'm going to have interaction with people".

But she adds she is "going to be petrified, literally".