The installation of portable toilets at Portobello Harbour will encourage more crowds to drink there, according to residents.

Dublin City Council (DCC) installed eight portable toilets at Portobello square during the week as part of the wider rollout of facilities across the city.

It comes after the square was closed off at weekends because residents complained gatherings were becoming “basically large street parties of people drinking.”

On Lunchtime Live this afternoon resident and Dublin Bay South election candidate Ivana Bacik said the toilets make it feel like authorities are “preparing for a festival or for a big crowd to gather.”

“I have been working local councillors to try and achieve a resolution that will meet the concerns of local residents who have been very distressed and very, very intimidated in some cases by what has been happening on the plaza,” she said.

“But also to ensure our public spaces remain accessible and also that local residents can use the harbour area. Seeing it fenced off at weekends that is clearly not a sustainable long-term plan. 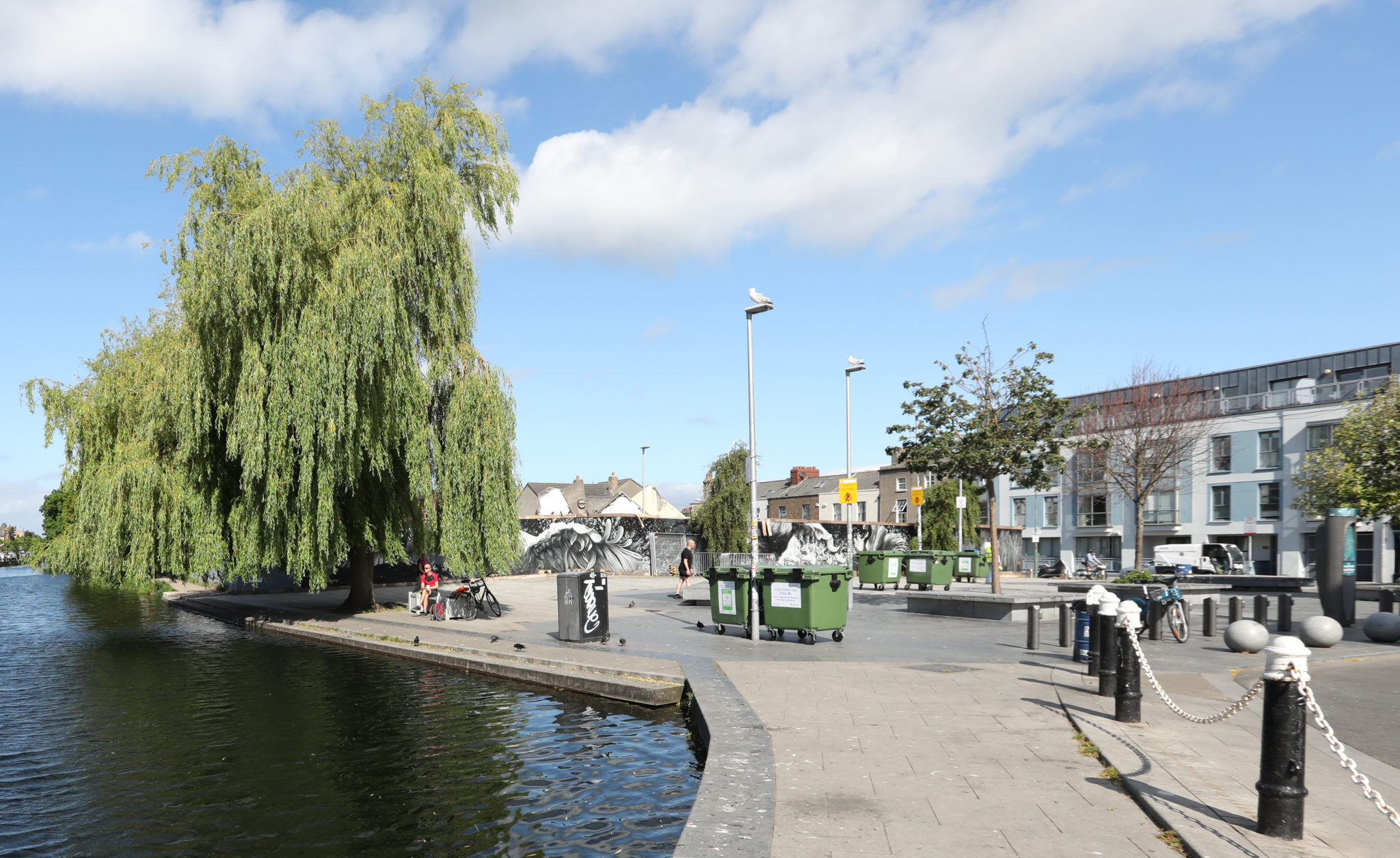 The sun shining on the canal at Portobello, 11-06-2021. Image: Sasko Lazarov/RollingNews

The square was shut down after residents complained about drinkers urinating in public in the area.

The Portobello Resident Association has now complained about the toilets, claiming the area was being treated as “party-central” by people gathering there.

Not all residents are behind the complaints with some welcoming the installation of the toilets.

Senator Bacik said the square will this weekend be open to the public for the first time in four weeks.

“I attended an emergency meeting of the local residents with [Labour Councillor] Kevin Donoghue on Wednesday of this week and we heard the concerns of local residents,” she said.

“What people really objected to was the fact that these portaloos had arrived so suddenly without consultation or notification and the fact there are so many of them.

“It looks as if it is almost preparing for a festival or for a big crowd to gather and that is really not in anyone’s interest.”

“It starts at 10am with skateboarders outside in the square smashing their planks of wood incessantly,” he said.

“When they are challenged or told it is not a skatepark, you are told to F-off or challenged to a fight basically. There are neighbours that are living in fear of these guys. They are constantly there and constantly harassing us.

“Then the toilets are put there to take away some of the anti-social behaviour which is going on because a lot of residents are having serious issues with people urinating outside their house and even defecating which is absolutely disgusting.

“They are put in place to facilitate people that are coming into the square that don’t live there. They are not from the area.”

He said he wants them removed.

“It is facilitating illegal drinking,” he said. “That is what it is.”

“You are not allowed to drink in a public place and that is the end of it but for some reason they are saying that it is OK.”