One man who got an Easter egg back in 1978 says he still has it in his fridge, as it just looked ...

One man who got an Easter egg back in 1978 says he still has it in his fridge, as it just looked too good to eat.

John Gartlan, from Dundalk received the egg as a present when he was just-five-years old.

More than four decades and several fridges later, the Trebor 'Kitty's Cottage' egg is still there.

John told Lunchtime Live everything else in his fridge is pretty normal.

"The contents are pretty normal fridge contents to be honest with you - but in at the back right-hand corner we've got a 43-year-old Easter egg."

He explained that when he saw the egg, it just looked too good to eat.

"I got it and it was too good to eat at the time, so it's been in the fridge and several fridges later it's still there.

"If you think back to 1978, life was a lot plainer, chocolate and Easter eggs were certainly a lot plainer - and this one looked different."

"It was the general Easter egg that you'd generally see and to the left of it was a little furry kitten.

"It's probably aged a little bit now, but at the time it just looked like something out of this world. 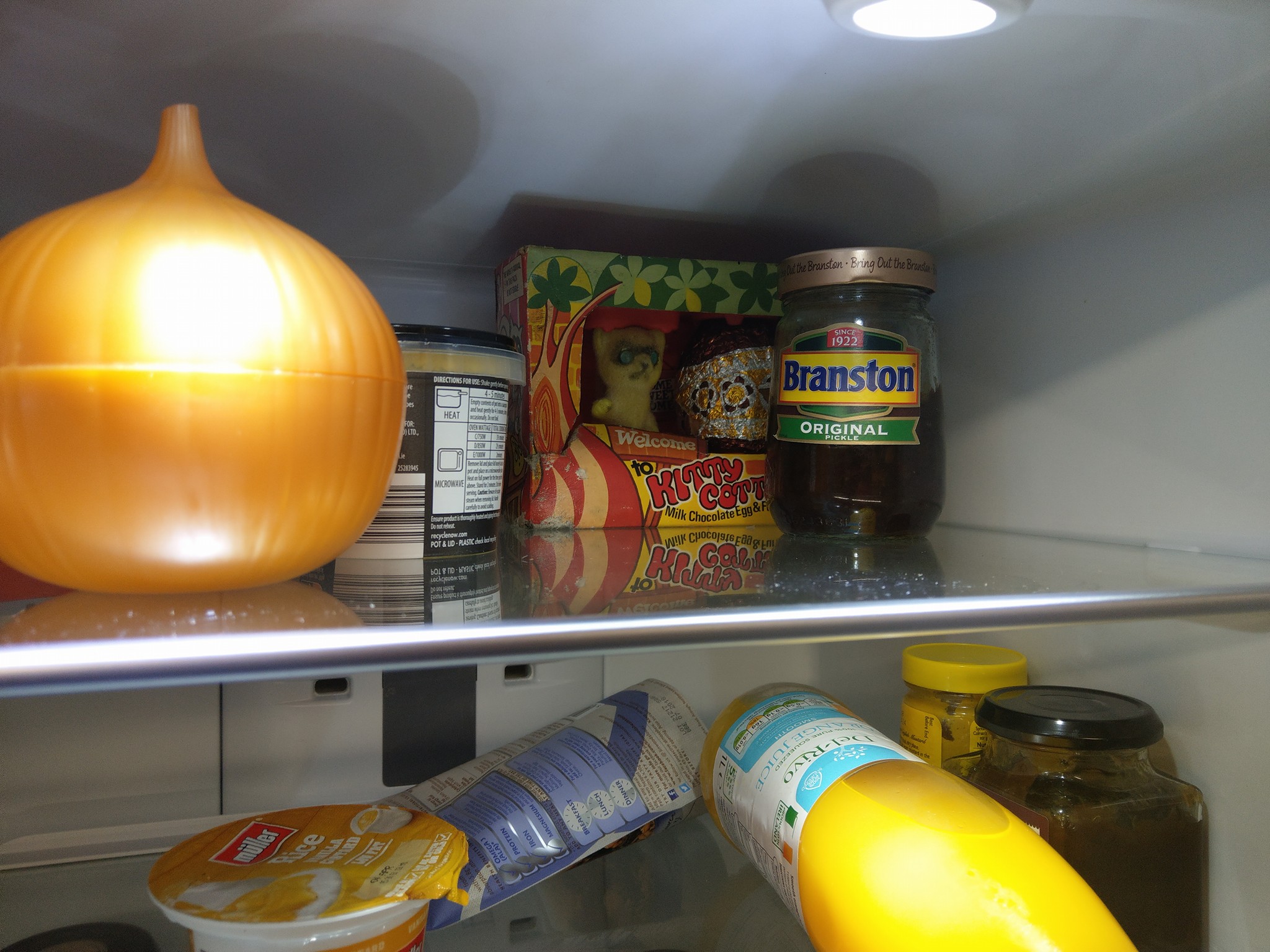 The Trebor 'Kitty's Cottage' egg from 1978 (centre right) is at home in John's fridge. Picture by: Facebook/John Gartlan

But John said the egg itself hasn't gone too far: "My parents have all passed away now and myself and my wife are living in the same house.

"So it never moved from here, and I don't think it's going to now".

Asked if he would ever consider trying it, he replied: "It probably wouldn't be too wise now-a-days.