Some 350,000 children in the Horn of Africa could die of starvation by the end of the summer, the United Nations believes.

The region is reeling from years of devastating drought, plagues of locusts and coronavirus.

In Kenya, Ethiopia and Somalia 23 million people are in need of humanitarian support - and aid agencies estimate that someone is dying from hunger every 48 seconds.

It is the region's biggest crisis in decades. 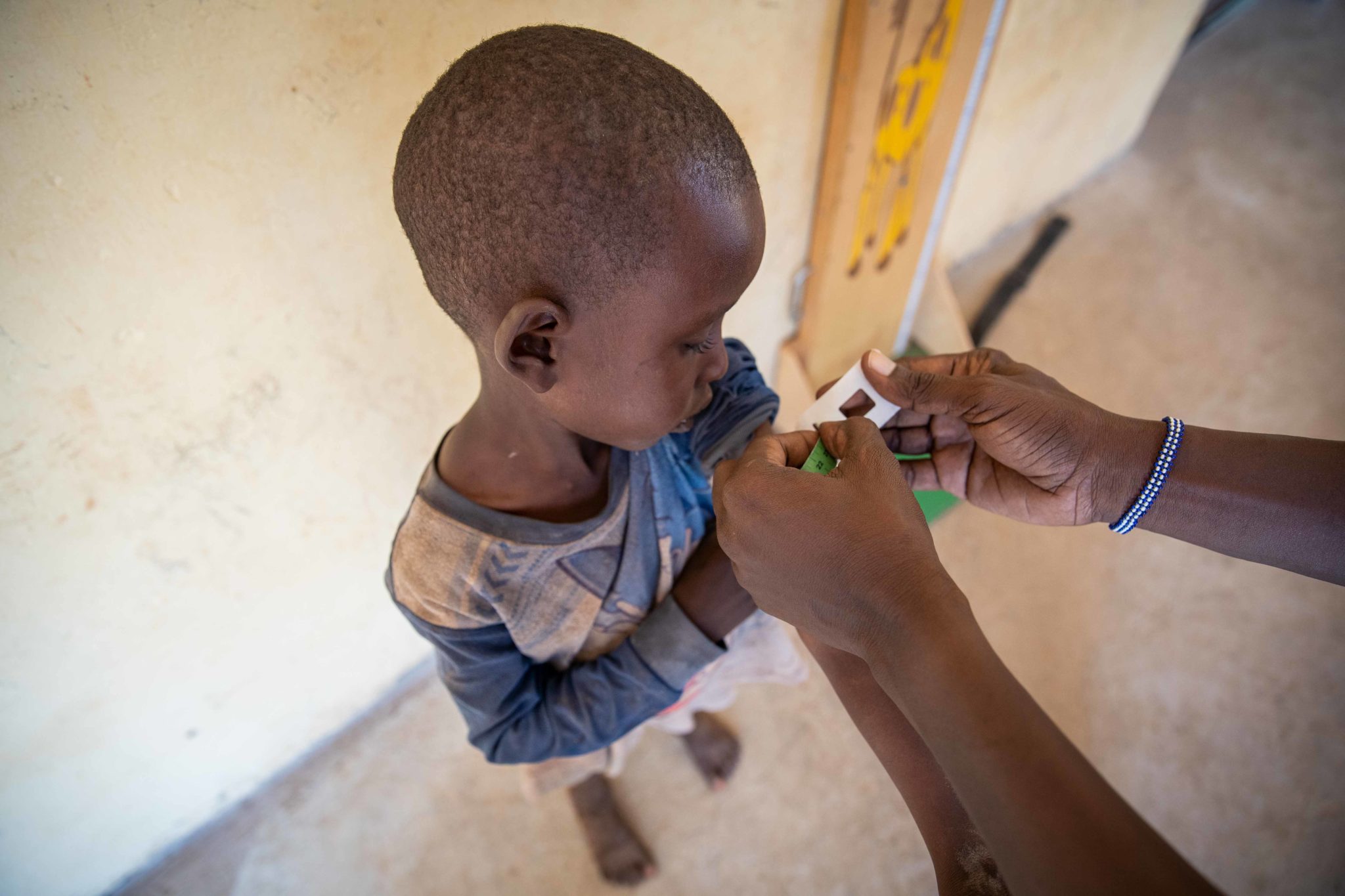 Beldine Atiene, a senior manager with Concern Kenya, says 2022 has only brought them more problems.

“Since the end of 2019 up until now it hasn’t rained around this region,” she tells Newstalk's Laura Donnelly at the  Sasame Dispensary in Turkana in northern Kenya.

“So it means they haven’t fetched good prices for their livestock, they have lost their livestock and they also all rely on food from other parts of the country - such as maize.

“The prices have been going high every so often and then we now have the Ukraine crisis which is affecting our agricultural sector in Kenya because the price of fertilisers has gone up.” 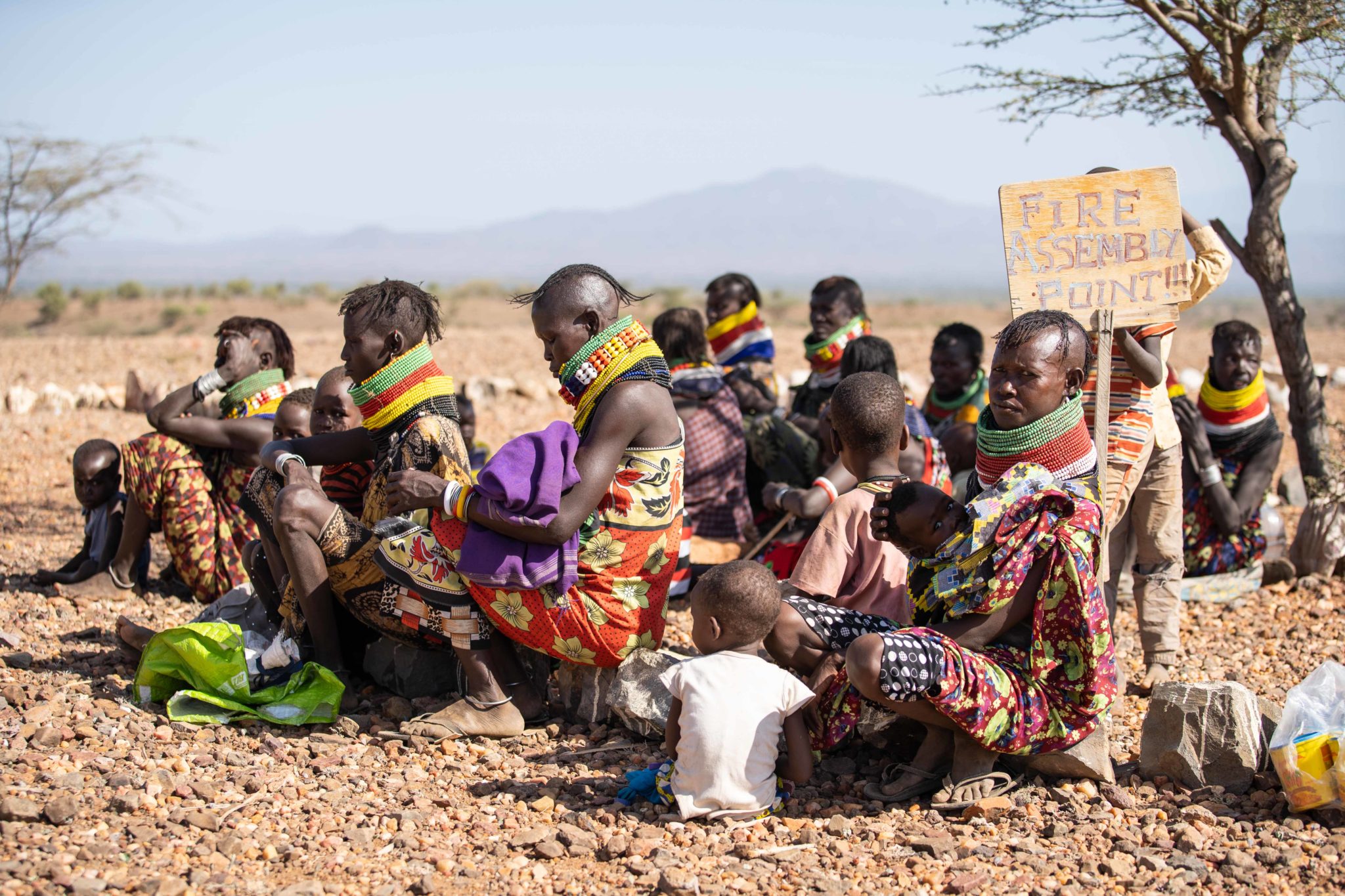 Women wait for their children to receive treatment for malnutrition in Lekwasimyen in Northern Kenya's Turkana province on 28th June 2022. Picture by: Lisa Murray for Concern

In a speech earlier this week, President Michael D Higgins noted the region’s problems had been described as “the greatest humanitarian crisis since the Second World War” and urged the international to provide funds as a matter of “extreme urgency”.

At the dispensary in Turkana, children are waiting in line to be weighed and measured before they are enrolled in a food programme.

“If the child [is measured] in the red colour code, then that child is being identified as severely malnourished,” Patrick Lokitela, a health and nutrition officer with Concern explains.

“So the child is referred to the correct programme for treatment.

“If the healthcare worker detects that the colour code for this child is yellow, then the child is diagnosed as moderately malnourished and the child is referred to the supplementary feeding programme.” 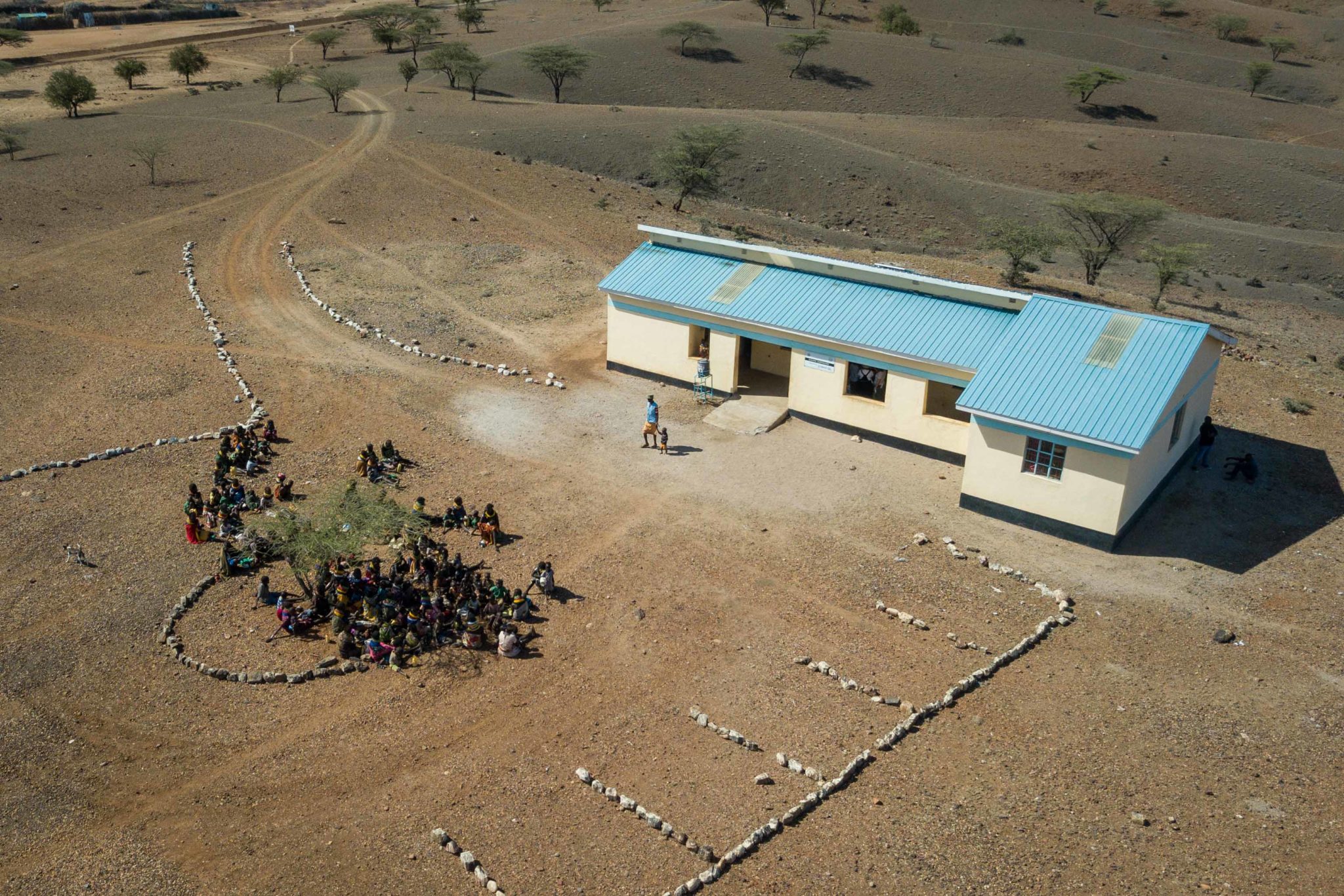 Women wait for their children to receive treatment for malnutrition in Lekwasimyen in Northern Kenya's Turkana province on 28th June 2022. Picture by: Lisa Murray for Concern

One mother, Engoit, was waiting in the heat outside.

All her husband’s animals have died and although she earns some money from selling charcoal, in recent weeks prices have plummeted.

With her wages she buys maize for her four children, but they still sometimes go days without eating.

Through a translator she told Newstalk that she “feels bad” and works everyday, desperately trying to sell more charcoal so her children can eat. 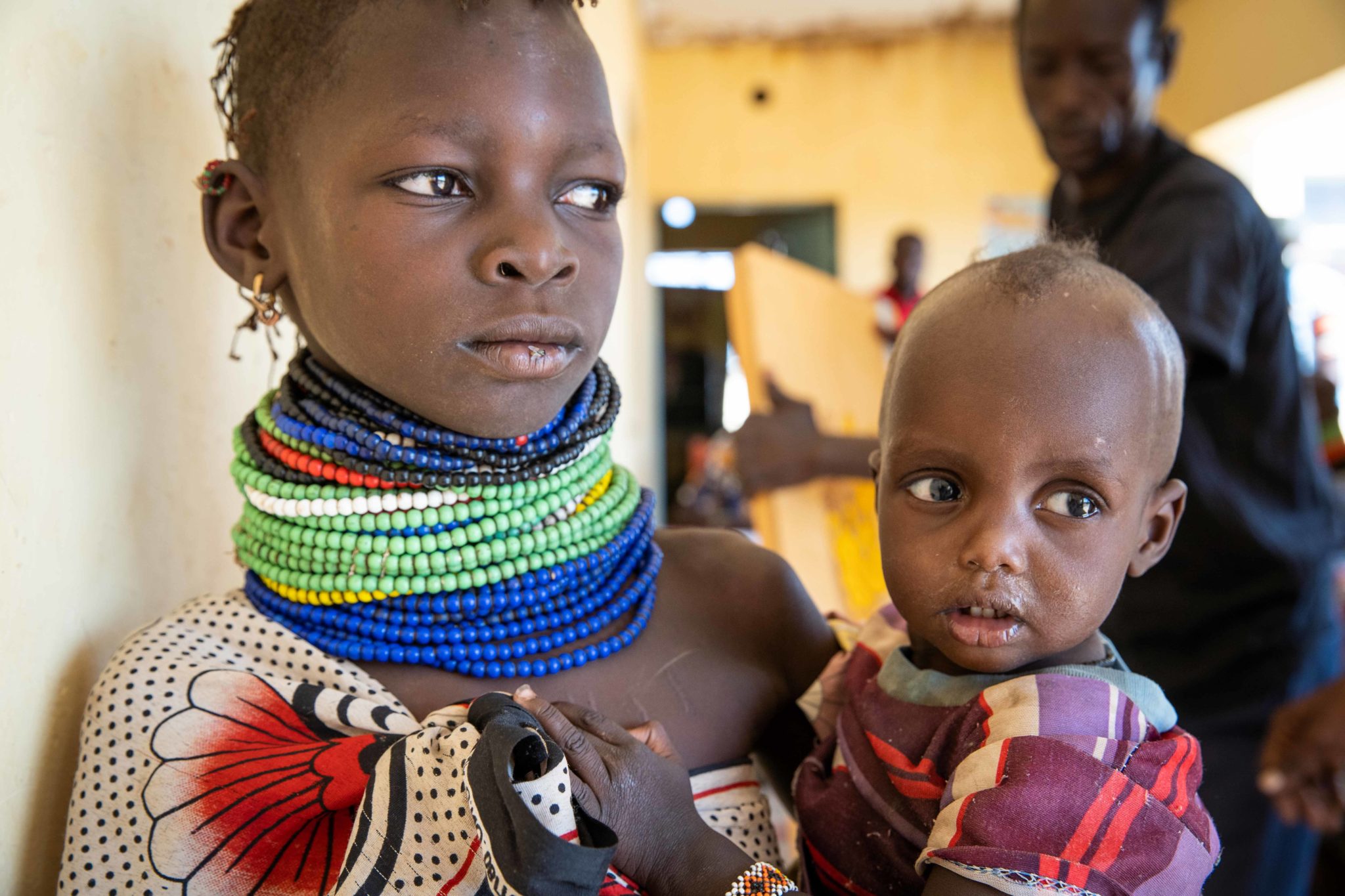 Ngirethi Ekakutan (L) holds her younger sister, Mary Ekakutan (R), as they wait to be seen at a malnutrition clinic in Lekwasimyen in Northern Kenya's Turkana province on 28th June 2022. Picture by: Lisa Murray for Concern

While it is a grim situation, there is no end in sight.

Meteorologists believe that the next rainy season - due to begin in October - will also fail and the region’s crops and animals will continue to wilt under the blazing intensity of the African sun.

“We’ve high numbers of people in need of assistance and they have nothing else.

“So even if it rains now, there’s a lot that still needs to be done to ensure that they’re able to recover or to bounce back from this drought crisis… So there’s a need for action at this particular point; to save lives and also to help them build back better.”

Main image: Maraka eating the food supplement Plumpynut, after being assessed and found to be malnourished. Picture by: Laura Donnelly/Newstalk