The Israeli ambassador to Ireland, Ophir Kariv, has said the situation in the West Bank is 'temporary' and 'disputed'.

He did not rule out the possibility of Israeli settlements on occupied Palestinian land being dismantled in the future, saying Israel has previously been willing to make "very painful concessions" when peace was a real possibility.

Mr Kariv also claimed efforts to get him expelled were motivated by hate.

A motion was approved in the Dáil on Wednesday, recognising Israeli settlements on Palestinian land as 'de facto annexation'.

Ireland is the first European Union country to formally use these terms.

However a Solidarity-People Before Profit amendment to expel Ambassador Kariv was voted down.

Ambassador Kariv told The Hard Shoulder his country does not recognise "the new Irish position".

"We don't accept it, we think this Irish position is not constructive for the peace process.

"It touches upon one of the main issues that are supposed to be dealt with in final status negotiations with the Palestinians - and that is the future of the Israeli communities in Judea and Samaria - what is called the West Bank.

"This kind of a resolution, or an agreement on then future of these communities, can be reached only on direct negotiations between the two sides and in no other way.

"So we believe this motion, and this new Irish position, takes us away from direct negotiations.

"This statement that the existence of those Jewish communities or Israeli communities constitute what is called here 'de facto annexation' is new - and it's not positive and does not contribute anything to the peace process."

"This is still disputed, and the future of this part of the land is disputed, and this is why we have to renew negotiations with the Palestinians - which unfortunately, they have been refusing to do so for many years."

Asked if this meant that the settlements could be dismantled, he said: "I don't know what, when and where, if at all.

"But if we look at the past, which is what we can draw on, you could see that whenever real peace, and a real chance of peace was on the agenda, Israel knew how to make very painful concessions.

"And also uproot Jewish communities - and we saw it happening in the Sinai, in the framework of our peace agreement with Egypt, and we saw it in Gaza in 2005."

Ambassador Kariv said the issue of a border is still a major, disputed issue in any talks.

"The final borders between Israel and whatever you have on the Palestinian side this has not been decided.

"This is one of the main issues for the final status negotiations.

"The borders will be decided only in negotiations of the the final status agreement and not before that."

He added that the line that separates Israel from the West Bank "is not a border, it's an armistice line.

"The line, the exact demarcation of any future border - whenever such a thing comes to happen - is still to be negotiated.

"So you cannot say whether a certain community will stay or will go.

"This long historic process of finding some kind of a solution for the two peoples - the Jewish people and the Palestinian people - to live side by side on the same piece of land is ongoing".

He said this has to be based on "mutual recognition of each other's aspirations".

'If Ireland wants to help'

"We know that they are there, we acknowledge that they have their own aspirations and these have to be accommodated.

In relation to the defeated motion to expel him, Ambassador Kariv said he was saddened.

"It's sad for me as an Israeli, as a diplomat and actually I think Irish people should be sad when this kind of claim comes out in the Irish Parliament.

"It's only motivated by hate, there's nothing else behind that.

"It does not help anyone, certainly not a single Palestinian, and of course it goes against the very principal of communication, of communicating, of discourse between governments, states and peoples". 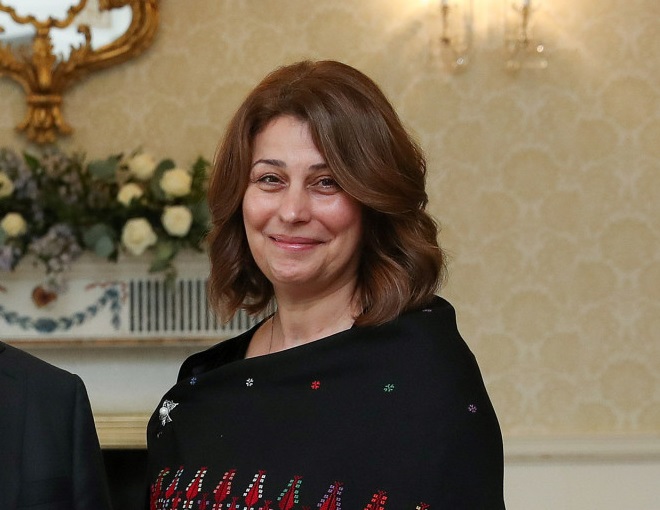 The Mission of the State of Palestine in Ireland has welcomed the motion in the Dáil.

It said the "landmark decision" represents the first time that an EU country has "broken the consensus and truthfully called out the occupation of Palestinian territory."

"It was a just and ethical decision by the representatives of the people of Ireland," a statement said.

Palestinian ambassador to Ireland, Dr Jilan Abdalmajid, said: "Our sincere thanks go to the Government, the representatives of the Irish people and in particular to Foreign Minister Simon Coveney.

"His assertion that 'The scale, pace and strategic nature of Israel's actions on settlement expansion and the intent behind them have brought us to a point where we need to be honest about what is actually happening on the ground. We need to call it out for what it is. It is de facto annexation' has already been reported worldwide and made Ireland a leader on this issue which is inherently linked to our goal of a peaceful, just two-state solution.

"There must be accountability and a resolution of the illegal annexation of occupied Palestinian territory in order to realise that peace."

"The State of Palestine, our president, our minister of foreign affairs and expatriates and our people are grateful for Ireland's principled stance on peace and justice for Palestine.

"The affinity between our two nations is long-standing and held dear by us, and long may it continue," she added.

COVID-19 vaccines to be administered in pharmacies from Monday