An Irish man working is Israel says the vaccine rollout there is 'a different world' to Ireland's...

An Irish man working is Israel says the vaccine rollout there is 'a different world' to Ireland's approach.

It comes as people over 85 are due to start getting their first vaccine doses in Ireland from Monday, in the first step of the community rollout of vaccines.

Around 13,500 people in this age cohort will receive the Moderna or Pfizer vaccine this week.

It comes as the vaccination programme continues in care homes here - where remaining residents and staff will soon be getting their second doses - and among frontline healthcare workers.

James Greaney is originally from Co Galway, but is living in the Middle Eastern state for work.

He told Lunchtime Live he cannot leave the country, but things are returning to relative normality.

"I'm over here actually to stand in for our site manager while he was due to go home on his annual leave."

"I was listening to your radio show on Friday, and all I could hear was a new requirement to wear two masks, An Taoiseach is not going to Washington - and it just pushed me over the edge."

"We have three other colleagues [who are] all vaccinated, and most of the people in management here at the job site are vaccinated.

"It's just a different world".

He said things are starting to return to normal.

"People are starting to think about normality - although the country is closed to international travel, so there's no flights in and out.

"I am stranded, let's call it, in Israel until probably the 21st - at the earliest - of this month".

He said the process of vaccination is simple.

"How it works here... is they release a certain age group, you log in to the website, you make an application for a timeslot and you head to the medical centre."

He said his vaccine "took probably five minutes... it was just a breeze".

"And then there's a group of people, sitting outside on stand-by, in case someone didn't show up for the appointment".

'They can see the path'

He said the operation is run very precisely.

"One of the pluses of Israel is that people are so tuned in to dealing with emergencies". 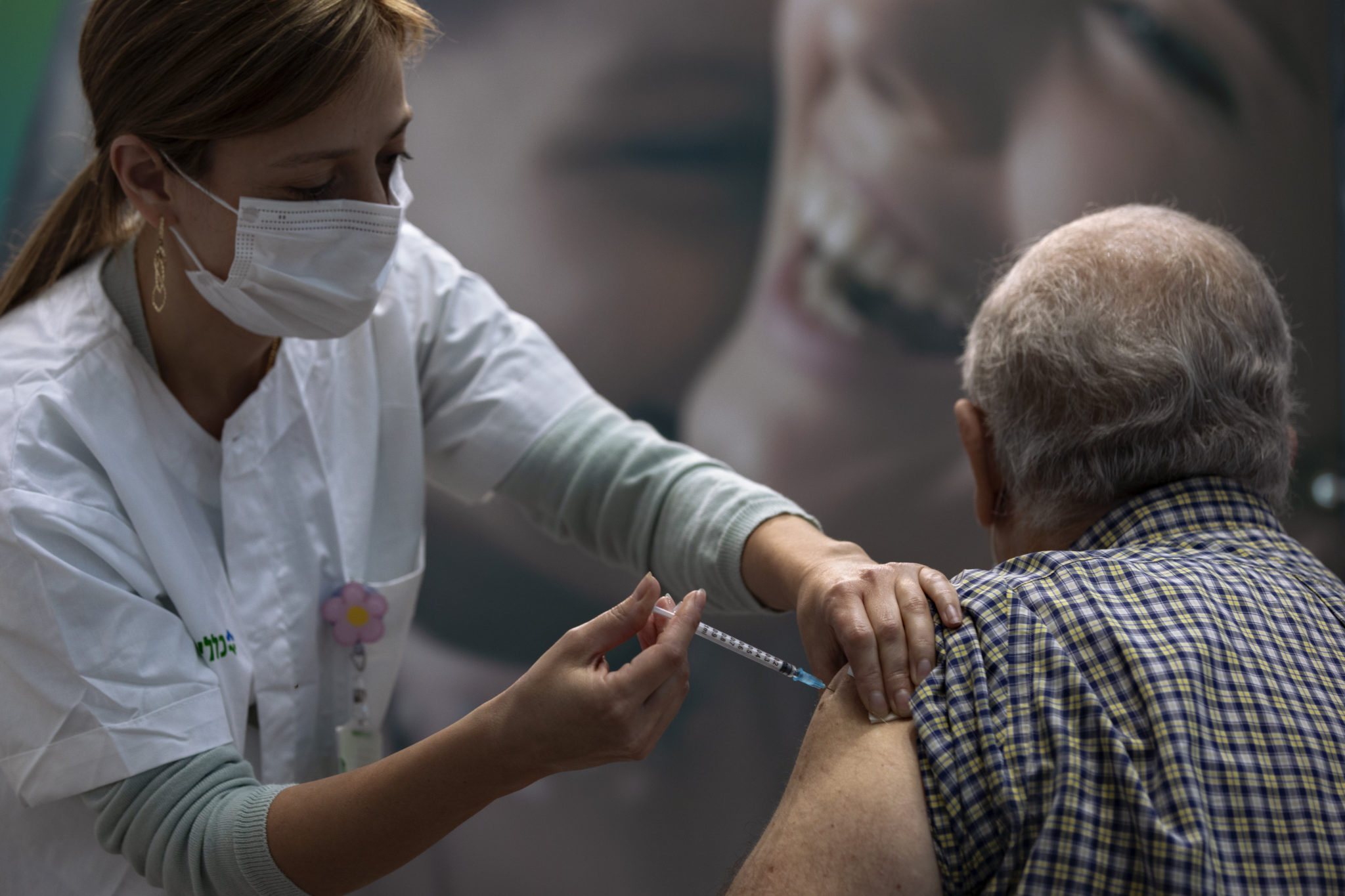 However questions remain over exactly how - and when - Palestinians will be inoculated.

"There is certainly quite a political row over here about whose responsibility, whose moral or legal obligation it is, to give vaccines to the Palestinians.

"On the Israeli side, what the Israeli government has argued is that under the Oslo Agreement... that says that it's up to the Palestinians to vaccinate their own people.

"Israel has used that legal document to rebuff accusations that it's failing to do the vaccinations.

"But human rights groups, and Palestinian leaders as well, have said that Israel does have not just an overarching legal obligation - because the territories are occupied - but also a moral obligation to do what they can to help the Palestinians.

"And Israel has signaled that it would be ready to give surplus vaccines to the Palestinians at some point in the future.

"But for now it's focusing on vaccinating its own civilians and doesn't seem likely to deviate from that position".

Main image: A medical worker prepares to give an injection of COVID-19 vaccine at a medical centre in Tel Aviv, Israel. Picture by: unreguser/Xinhua News Agency/PA Images

Rangnick replies with zinger when asked about Ronaldo substitution

Luke O'Neill: Everybody over 60 in Ireland should get booster shot