A significant number of Irish flights have been affected after a Saharan sandstorm from North Afr...

A significant number of Irish flights have been affected after a Saharan sandstorm from North Africa caused mass flight cancellations to and from the Canary Islands.

The Irish Travel Agents Association (ITAA) is advising holiday makers traveling to or from the islands to check flight details with their travel agent, tour operator or airline.

A number of Aer Lingus and Ryanair services have been hit.

Visibility across the likes of Lanzarote and Fuerteventura was severely impacted by the weather.

However all airports, except South Tenerife, are to resume operations on Monday. 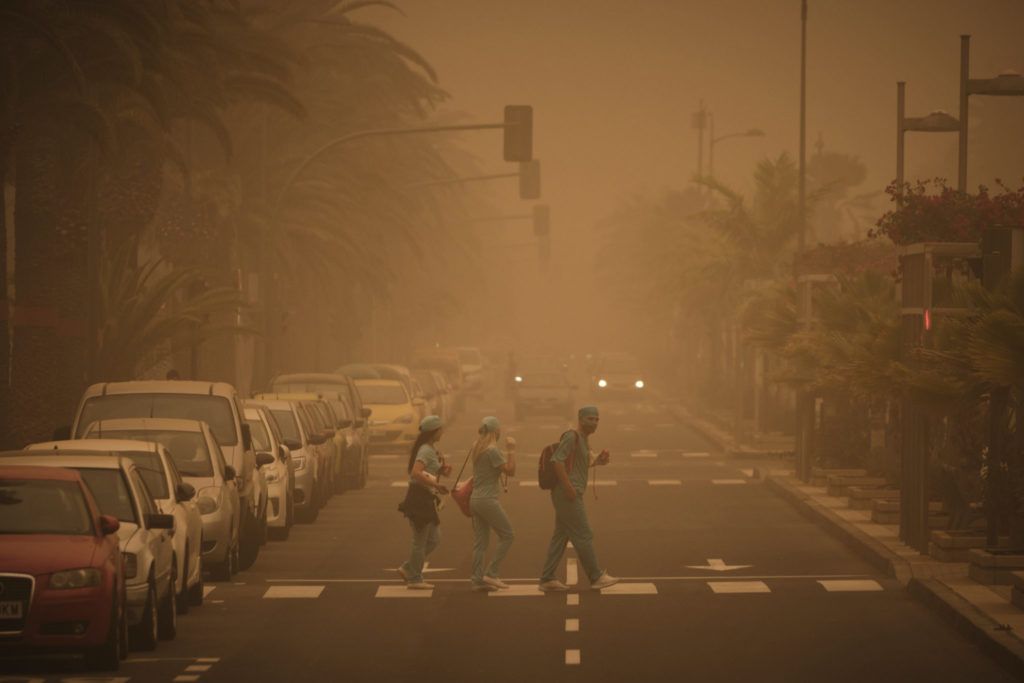 Spanish airport operator Aena has advised passengers to check the status of their flight with the airline.

John Spollen, president of the ITAA, said: "These flight cancellations are causing major disruption to Irish holiday makers on what is a busy travel period with the school mid-term break coming to a close.

"Irish holidaymakers will be faced with the possibility of incurred additional accommodation costs.

"We have been assured that these costs will be covered by the airlines, within reason, and are advising all customers to claim under EU261."

He added: "The ITAA advise all passengers to check with their travel agent, online, or with airlines for the status of their flight before travelling to the airport.

"We have been advised that this weather disruption should not continue for more than a day or so.

"However, there will be a backlog to flying holiday makers back home."

More information on EU 261 entitlements can be found here.

The sandstorm is made up of hot winds that carry sand towards the Canary Islands from the Sahara, capable of lifting dust thousands of metres above the Atlantic Ocean before blanketing the region.

They stem from the Saharan Air Layer - an extremely hot and dry layer of the atmosphere above the North African desert that overlies the cooler air of the Atlantic.

When passing over the Canaries, it forms a thick fog that reduces visibility and can cause breathing difficulties.