The co-founder of Irish brand Gym+Coffee has described the support from some of Ireland's best-known faces as "incredible".

The athleisure company announced a new "significant partnership" last month with Irish singer Niall Horan which would see him coming on board as an investor, shareholder and advisor.

Irish rugby legend Brian O’Driscoll was already an early investor in the business and celebrities like Joe Wicks and Niall Breslin are also fans of the brand.

Earlier this month, Gym+Coffee was chosen as one of 24 finalists in the EY Entrepreneur of the Year awards.

Newstalk's Technology Correspondent Jess Kelly spoke to the company's co-founder and CEO Niall Horgan on this week's Tech Talk about how Gym+Coffee has become one of the most recognisable activewear brands in Ireland.

The firm was founded in 2017 and born from its three founders' experiences of living abroad.

Niall explained that while living in the US and Australia, they saw how people were passionate about their health and fitness and built their social schedules around their exercising schedule.

The clothing that people were wearing reflected their lifestyles, and the trio saw an opportunity to build on that in Ireland.

"The brand and the business we wanted to build and the clothing we designed is all supposed to match that type of lifestyle," Niall said.

"We have gear you can wear working out, going for a run, or equally chilling out afterwards.

"Certainly over the past number of years, we've been very lucky with such huge support here and have a passionate community of over 350,000 people supporting the brand now, so really exciting times for us.

Building that community stemmed from an authentic place, he added, as the founders were already passionate about this lifestyle and were living it themselves.

Their aim was to encourage other people to exercise and socialise together and to build a community around that.

"I think being a digital brand, being online first allowed us to tell our story through social media and interact with our community through that," Niall said.

"And I think that helped it all come together where we had these offline parts of the business, we had different content, we had these amazing individuals we were working with but we were telling our story through our website and our social media and I think that really fostered that community." 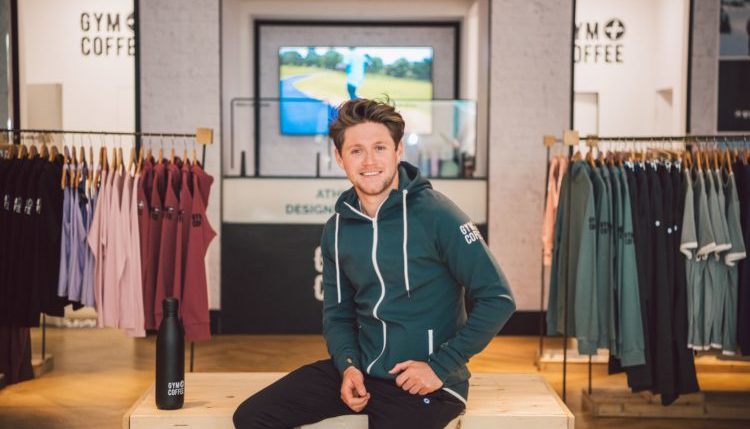 The most recent well-known personality to work with Gym+Coffee is former One Direction band member and singer Niall Horan, following on from early fan Brian O'Driscoll.

Niall said it was "incredible" for the business to have such support and putting their name and profile to the brand.

He explained: "For us, it's a real confidence boost, it's nice that the partnerships with Niall and Brian really came organically, both of those guys had got their hands on the gear and really liked it, had started to hear more about Gym+Coffee, had heard it from their friends and family.

"When they looked into the business they saw we were trying to do our best with things and then as conversations developed, it was great and they were happy and excited to put their names and profile and influence behind the brand too.

"It was a real boost of confidence for us as a founding team, and obviously a much bigger team now, to have people like that back you so it has been great and there's a level of credibility that it gives to the brand too and we just have to make sure that we take the trust they have given us and the faith they have put in us and keep that going."

Gym+Coffee started off as an online-only business and has slowly been moving into the physical space and Niall sees a place for both of those in the future of the company.

This combination of the online and offline experience will be key to the expansion of the business going forward in Ireland and the rest of the world, he added.