Ireland will do everything it can to get 60 citizens and their family members out of Afghanistan ...

Ireland will do everything it can to get 60 citizens and their family members out of Afghanistan without using Kabul Airport, the Foreign Affairs Minister has told The Hard Shoulder.

The nine Irish Army Rangers and two diplomats who were sent to Afghanistan this week have left the country after evacuating 26 people.

It means Ireland has evacuated 36 people from the country since the Taliban swept to power.

This evening however, it emerged that a further 60 Irish citizens and their family members alongside 15 Afghan citizens who are resident in Ireland are also seeking help.

On The Hard Shoulder this evening, Minister Simon Coveney said the airport “essentially is now shutting down.”

“I am telling them not to come to the airport because it is no longer safe to do so and there will be very few, if any, citizens allowed into the airport from now on,” he said.

“Most countries are now leaving. Two or three countries today have flown their final flights. The US of course will be the last to leave in a few days’ time.”

Minister Coveney said officials are now trying to find other ways to evacuate the remaining Irish residents and citizens.

“Our message to them is that we can’t get you out through the airport for now but we have a very strong commitment to stay in close contact with you in the coming days to try and find solutions for people who want and need to leave,” he said. “But the airport essentially is now shutting down.” 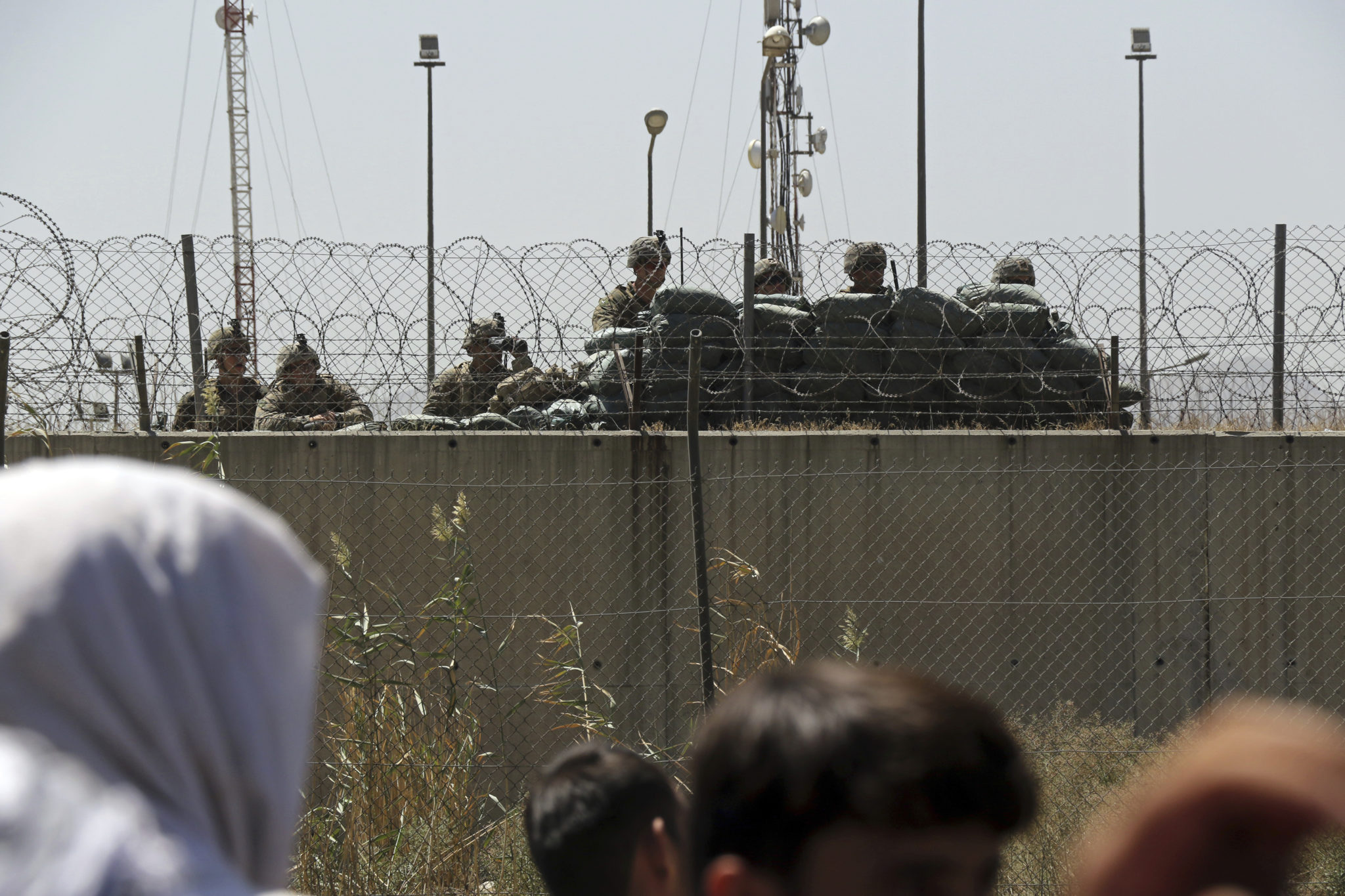 He said he remains hopeful of getting them all out.

“It is our job to find solutions for Irish citizens or residents who need to come home and we will work with a changing and volatile situation over the coming days,” he said.

“No one really knows what Afghanistan will be like under the Taliban but the international community will need to work together to try and get citizens home.”

“There are many, many countries – virtually every European country – with citizens who unfortunately were not able to get out in this process.

“We will be working with them to find solutions for them and get them out safely but it is not going to happen in the next few days because the airport is now effectively closing down.” 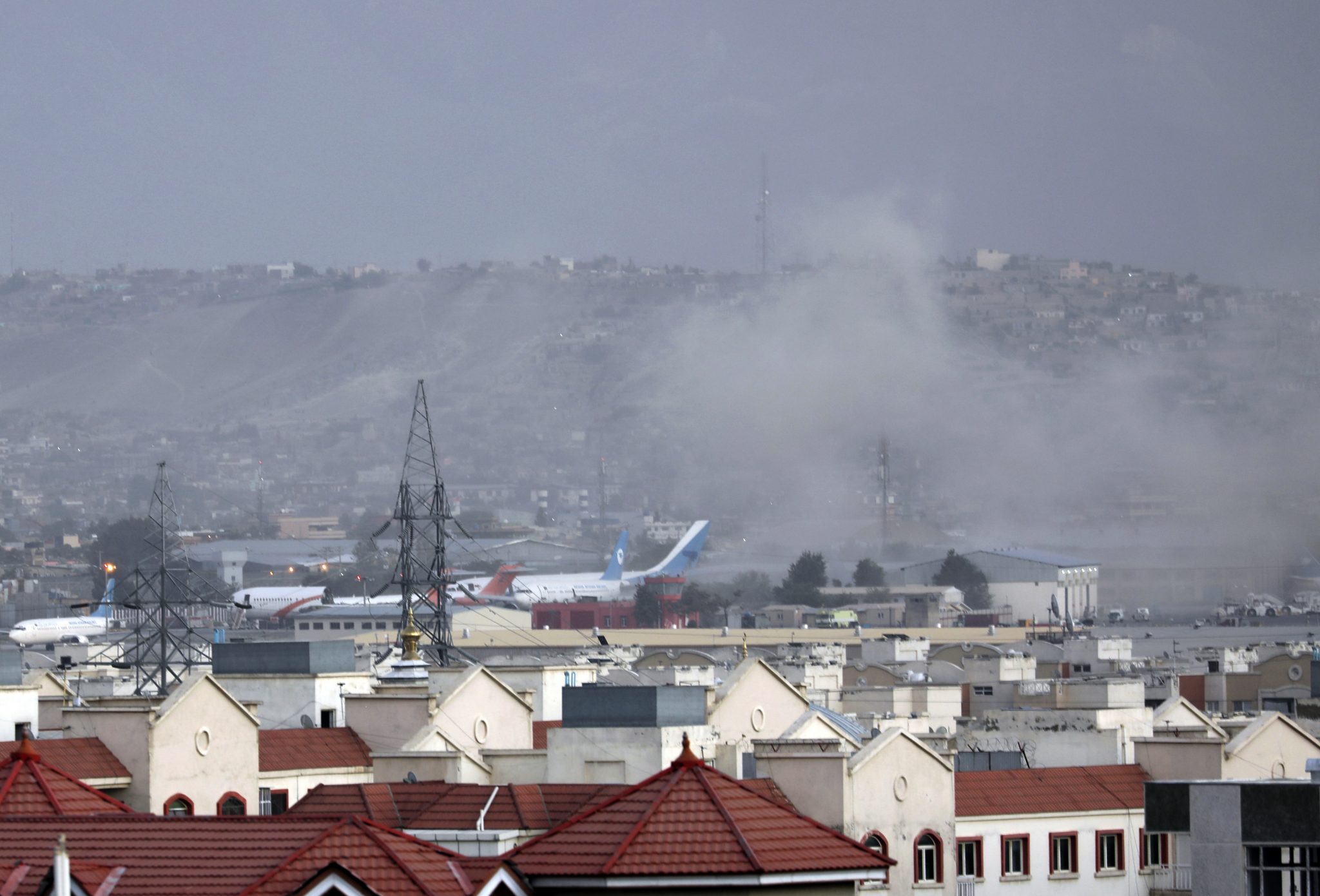 Smoke rises from a deadly explosion outside the airport in Kabul, Afghanistan, 26-08-2021. Image: AP Photo/Wali Sabawoon

The last of the Irish Emergency Consular Assistance Team (ECAT) was withdrawn from Kabul today shortly after two bomb attacks targeted the area around the airport.

At least 20 people were killed in the attacks including 10 US soldiers.

Minister Coveney said it was possible more people could have been evacuated if the Rangers were sent earlier but insisted, “I can only make decisions on the basis on the information I have to hand at any given point in time.”

He said he sent in the team as soon as it became clear that the situation was becoming more complicated and that they were needed.

“As soon as it was clear that a team on the ground would add benefit in terms of getting people out and as soon as we had the possibility of getting them in and out safely, we did actually make that decision,” he said.

“But you know, it is often easy to be wise with the benefit of hindsight. The facts on the ground as we had them a week ago meant the decisions we were making then, were right for then.

“Clearly the circumstances changed and we changed the approach and took a risk to send 11 people into a very difficult, complex and dangerous environment and they have done a fantastic job to get as many people out as they have.”