Micheál Martin says Ireland will "have to play our part in helping those who will have to flee Ukraine".

Visa requirements for all Ukrainian citizens coming into Ireland will be waived.

Taoiseach Micheál Martin confirmed the move in response to this morning's Russian invasion of Ukraine.

However, Mr Martin confirmed that will change in response to the rapidly unfolding situation in eastern Europe.

He said: "The Minister of Foreign Affairs and the Minister of Justice will meet in the next hour to operationalise the waiving of visa requirements for all Ukrainian citizens coming into Ireland.

"We believe this will be particularly helpful to Ukrainian families here who may want their loved ones to join them.

"There will be a significant migration issue arising from these attacks - we'll have to play our part in helping those who will have to flee Ukraine."

The Taoiseach said Ireland "will not be found wanting" in offering the people in Ukraine the humanitarian support they need.

He said the safety of Irish citizens in Ukraine is "paramount".

Mr Martin said he'll be joining EU leaders in Brussels today to adopt "the most severe package of sanctions we have ever considered".

He said they'd be aimed at hitting "Putin and his henchmen where it hurts most", and will block Russia's access to markets and technology.

He acknowledged the sanctions will have an impact across Europe, including in Ireland.

It comes as Irish citizens currently in Ukraine are being advised to "shelter in a secure place" for now.

All Irish citizens in Ukraine should shelter in a secure place. Do not move around the country in the coming hours. Please follow the advice of local authorities.

We will post regular updates on @dfatirl as the situation develops.

Ryanair has halted flights to and from the country for at least two weeks, while Minister Simon Coveney has said people will not be able to leave Ukraine by air for now.

Meanwhile, several dozen people gathered outside Leinster House today to show solidarity with loved ones at home in Ukraine. 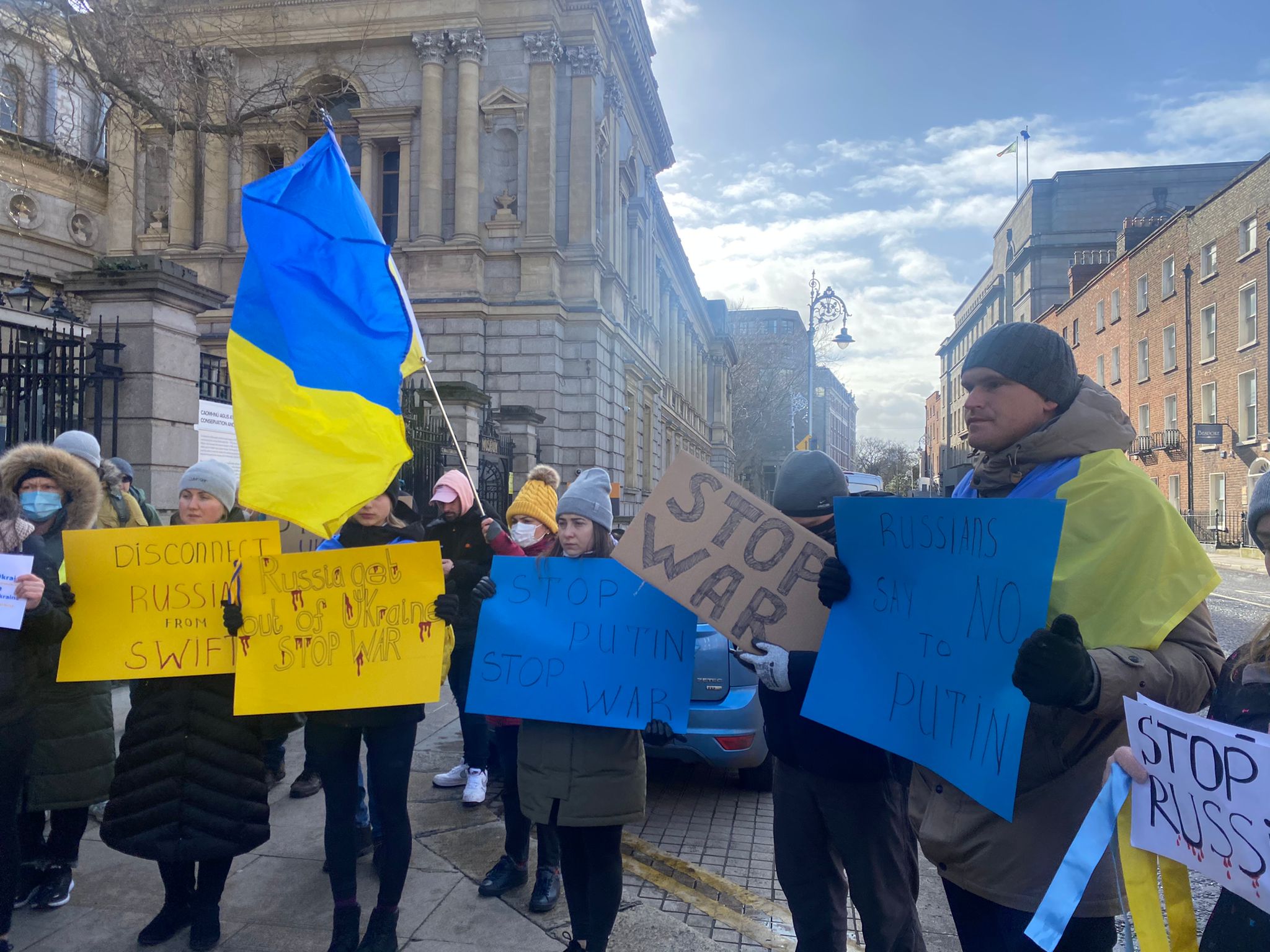 The group is calling on the Irish Government to impose more sanctions on Russia.