The Taoiseach says Ireland is to hold a discussion on a UN Security Council resolution on climate...

The Taoiseach says Ireland is to hold a discussion on a UN Security Council resolution on climate and security.

Addressing the General Assembly in New York, he says Ireland will hold resolution discussions "in the coming days".

"Today, the climate crisis threatens our very existence on this shared and endangered planet," he told delegates on Friday.

"We must deliver on the Paris Agreement commitments and we will shortly have important discussions at COP 26.

"But we can see the adverse effects of climate change already exacerbating conflict and insecurity, compounding other drivers of conflict such as poverty, inequality and human rights violations.

"Ireland has worked throughout the year with our fellow council members, to better understand these links, to inform the council as to what steps we can take to address climate-related security risks.

"We know not all Council Members are of one mind on this.

"My hope is that by working together, we can and we will reach a shared understanding of how the Security Council can meet the challenge of climate and security.

"There is no time to waste. For this reason, in the coming days, Ireland will convene a discussion on a thematic Security Council resolution on climate and security."

And he says lives could have been spared in the coronavirus pandemic, if the world was better prepared.

"When we reflect on the last 18 months, one thing is clear: the pandemic caught the world off-guard. 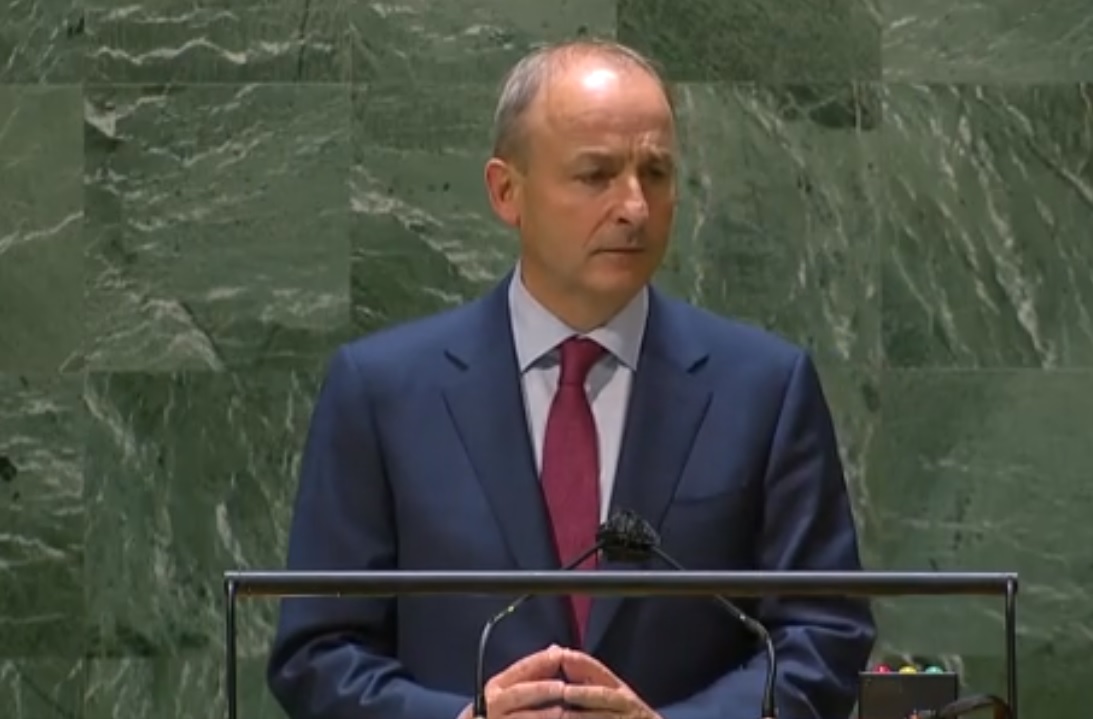 Mr Martin also appealed to all countries to support the COVAX mechanism for equitable access to vaccines.

"The rapid establishment of COVAX and the ACT Accelerator represents multilateralism at its best.

"I urge all member states to continue to support the COVAX mechanism.

"This is the only way we can meet the target of a fully vaccinated world by mid-2022.

"Ireland is in the process of donating 1.3 million vaccine doses to low income countries, mainly through COVAX, with a further significant donation planned in 2022.

"Our support to global health since the outbreak of the pandemic has reached over €200m."

And he says Ireland was "deeply frustrated" at the lack of action by the UN Security Council earlier this year in relation to the Middle East.

"The escalation of the Israeli/Palestinian conflict in May resulted in more lives lost - including the deaths of more than 70 children.

"Ireland was deeply frustrated by the council's inability to speak throughout this latest outbreak of hostilities.

"While we welcomed the press statement agreed on May 22nd it was too little, too late."

And he believes a comprehensive and lasting peace is possible.

"Ireland is committed to achieving a two-State solution, with a viable State of Palestine based on the 1967 borders - alongside the State of Israel - living in peace and security, with Jerusalem as the capital of both states.

"Young people - Palestinians and Israelis - are losing hope that peace can be achieved. As leaders, we must act now", he adds.

He also called on the international community to come together and "renew efforts for a just and lasting resolution".