A new information campaign is being launched to give advice to pregnant women about alcohol. It c...

A new information campaign is being launched to give advice to pregnant women about alcohol.

A global study of 187 countries has found that Ireland is estimated to have the third-highest rate of FASD - including Foetal Alcohol Syndrome.

FASD causes life-long problems with a baby's body, brain and development which can create problems for them as children and later as adults.

Among symptoms can be hyperactivity and poor attention, learning difficulties and a lower IQ, difficulty controlling behaviour, difficulty getting along with other people, being smaller than expected and problems with eating and sleeping.

Foetal Alcohol Syndrome is more serious - and can happen when someone drinks heavily during their pregnancy.

It can damage the brain and spinal cord, and result in a baby having an abnormally small head or eyes, abnormally-shaped ears or facial features.

As part of the campaign, the Health Service Executive (HSE) is reminding expectant mothers that no amount of alcohol - at any stage of pregnancy - is safe for your baby.

During the development of the campaign it spoke with women who are pregnant and women actively considering becoming pregnant.

The overriding message from these women was that there is a lot of misleading information and confusion around alcohol and pregnancy. 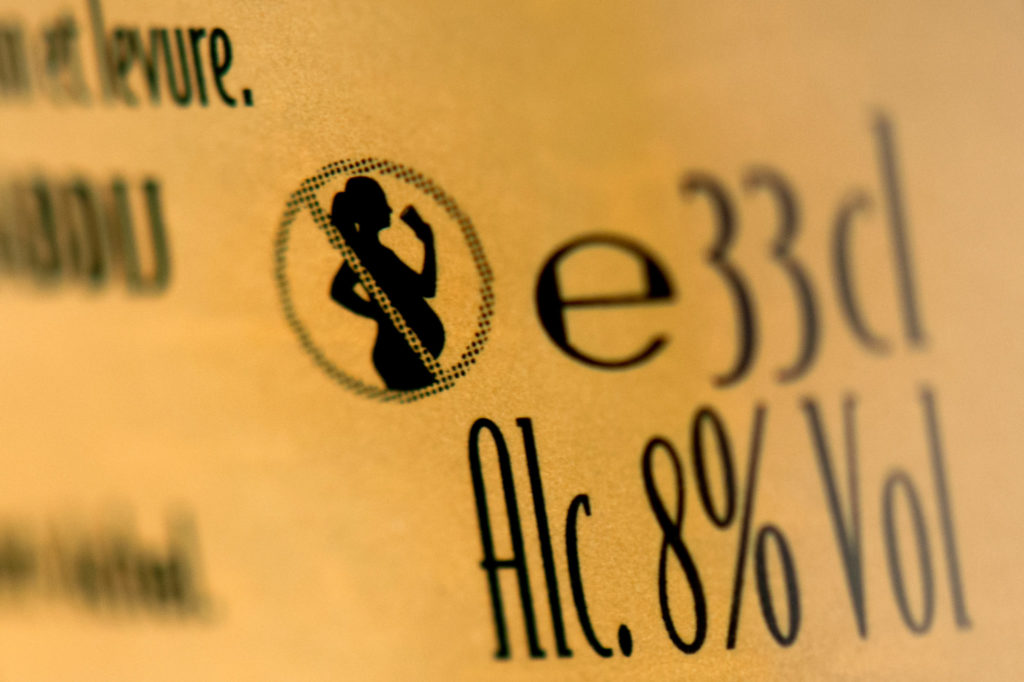 A symbol indicates no alcohol during pregnancy on a Belgian beer bottle | Image: Arno Burgi/DPA/PA Images

"The fact is that no amount of alcohol at any stage of pregnancy is safe for your baby.

"Alcohol passes from the mother's blood into the baby's blood via the placenta and can damage a baby's developing brain and body.

"One of the best things you can do during pregnancy to keep yourself and your baby healthy is to avoid drinking alcohol", the HSE says.

Dr Mary T O'Mahony is a specialist in public health medicine with the HSE.

"Pregnant women receive conflicting advice about drinking during pregnancy, and are often assured by family and friends that an occasional drink won't do any harm.

"But the fact is that there is no proven level of safe drinking during pregnancy. FASD causes life-long problems for babies.

"We do know that heavy or frequent drinking is more dangerous, and the more you drink, the greater the risk to your baby. But the only way to have zero risk, is to drink zero alcohol"

Marion Rackard from the HSE Alcohol Programme, adds: "This new Pregnancy and Alcohol campaign, including an information leaflet, poster and social media messaging, outlines the facts about FASD, and has lots of practical information for women who are pregnant or planning a family about how to plan an alcohol-free pregnancy.

"We know from talking to women that they can sometimes feel under pressure to drink because other people expect them to or because they don't want people to guess that they are pregnant.

"The campaign also provides advice for partners, family and friends on how they can provide support and help make it easier to have an alcohol free pregnancy".

Recent research by the HSE found that one in two people in Ireland claim they are aware of illnesses and conditions that affect babies after birth as a result of exposure to alcohol during pregnancy.

However only just over one in 10 people state they have a good understanding of FASD, its symptoms and its cause.