Ireland had the highest increase in household gas prices in the entire European Union during 2018...

Ireland had the highest increase in household gas prices in the entire European Union during 2018.

In Croatia, household gas costs actually fell by 2.5%, while in Germany they decreased by 0.2%.

Household gas prices were highest in Sweden and lowest in Hungary during the second half of the year.

The price of natural gas for Swedish households was nearly four times the price that was charged in Hungary.

Eurostat said: "The price of energy in the EU depends on a range of different supply and demand conditions, including the geopolitical situation, the national energy mix, import diversification, network costs, environmental protection costs, severe weather conditions, or levels of excise and taxation." 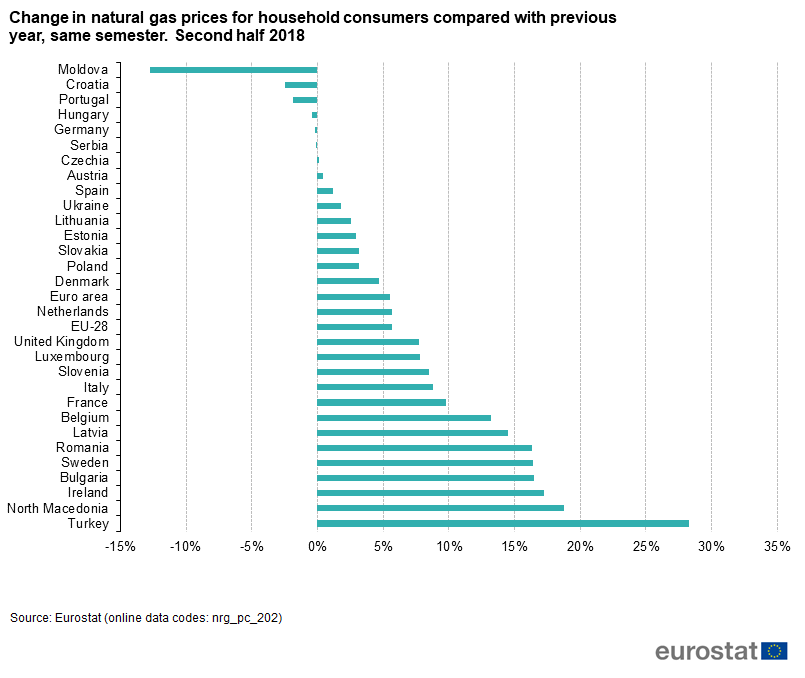 Cyprus, Malta and Finland do not consume natural gas in households - and Greece has marked its data as confidential.

Prices include taxes, levies and VAT for household consumers.

Six people killed and 20 injured after earthquake in Croatia