Ireland must introduce a zero-tolerance policy against domestic violence, according to Louth TD Fergus O’Dowd.

Figures obtained by the Fine Gael TD through Parliamentary Question show that just six in 100 people brought before the courts for breaching domestic violence orders are sent to prison.

According to the figures, the number of breaches of domestic violence orders recorded by Gardaí increased from 2,544 in 2017 to 4,672 last year. 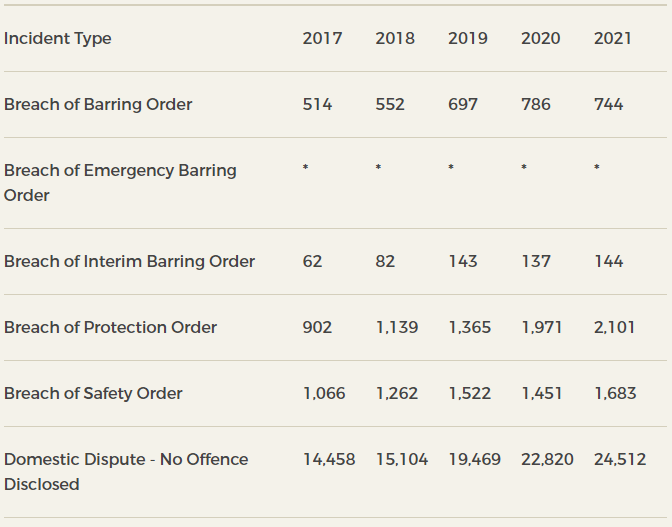 On Breakfast Briefing with Shane Beatty this morning, Deputy O’Dowd said Women’s Aid figures suggest one-quarter of Irish women have been abused by a current or former partner.

“It is just unacceptable in a modern society and I think everybody knows that,” he said.

“Our hearts must go out to the women, but our heads must be absolutely determined to put these people behind bars.

“We cannot have repeat offenders escaping justice or getting suspended sentences for the evil things they do.”

He noted that the cases are not only related to violence against women – with men recorded as the complainant in one in every nine cases.

He said a zero-tolerance approach is particularly important when it comes to breaches of domestic violence orders set down by the courts.

“A significant number of people are breaching those and obviously they don’t fear what the Gardai may or may not do in terms of the courts,” he said.

“While I am not being critical of the judiciary because they must have discretion in sentencing, the facts are that a very significant number of the people being brought before the courts see some of their sentences suspended and they don’t all go the prison.

“In fact, only six out of every hundred perpetrators actually go to prison at the end of the day.”

Deputy O’Dowd warned that, without tougher sentencing, Ireland’s domestic violence situation will only get worse.

He said anyone who is determined to breach a domestic violence order ‘come hell or high water, should find himself in a physical hell’.

“They should be restrained in a physical jail and there should be no doubt about that,” he said.

“We need tougher sentencing. We need the zero tolerance. We need to support women’s organisations. We need to have more locations and places of safety for women and we need more education and training for the Gardaí.

“I am just horrified as I know everybody is. It is just unacceptable and like, if we don’t value our womenfolk, if we don’t protect them in a much better way with a tougher line on the perpetrators this is going to get worse.”

The domestic violence figures sent to Deputy O’Dowd were collated based on PULSE data as of 1:30am on the January 7th, 2022.