Ireland is “as close as we are going to get” to widespread COVID immunity.

Ireland is “as close as we are going to get” to widespread COVID immunity, according to Immunology Professor Paul Moynagh.

Last night, the Department of Health announced the country’s one-millionth confirmed case, with half-a-million of those reported in the past two months.

Meanwhile, around 64% of the adult population has received three vaccine doses and over 94% has received at least two.

On Newstalk Breakfast this morning, Maynooth Immunology Professor Paul Moynagh said the reality is we have had far more than one million cases.

“We have had half-a-million cases in the last eight weeks and most people will accept the reality is we have had a multiple of that,” he said.

“So, if we have had maybe a million and a half cases and you put on top of that the number of people who have been boosted, we are getting to a situation where, at least in the short term, the virus will have difficulty in terms of finding new people to infect.

“So, I think you will see this curve bending over and I think the anticipation is it will happen in the next week or so.” 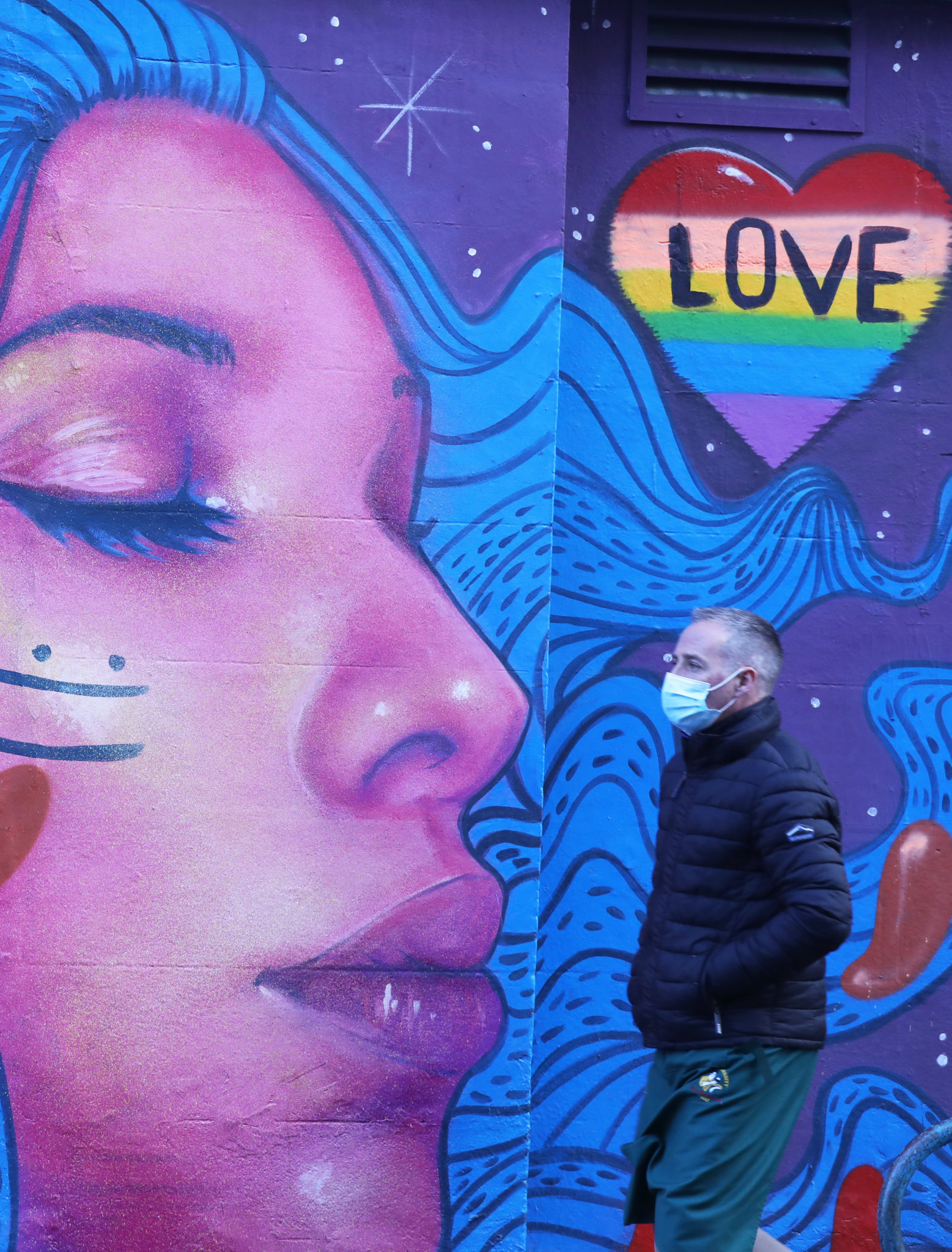 A man wearing a mask walks past a mural on Lower Baggot Street in Dublin, 08-01-2022. Image: Leah Farrell/RollingNews

Professor Moynagh said we are now as close as we are going to get to widespread immunity to the virus.

“That will probably wane over time, so we need to think long-term and, in my view, we are probably as close to as good as we are going to get in terms of the protection we have from immunity based on prior infections and vaccination so, I think we need to plan long-term with respect to this virus.

Professor Moynagh said the most encouraging thing about the recent COVID figures is that while cases remain high, the number of patients in ICU has remained steady.

“I think there are two reasons for that,” he said. “One is the vaccines are working fantastically well in terms of protecting us form serious illness. The other is that this Omicron variant seems to be milder variant – and there are scientific studies now showing that it is less effective at infecting cells in the lower respiratory system and the lungs.

“So, when you put all of that together we are building up this wall of immunity which is how we are getting out of this pandemic.”

Professor Moynagh was speaking as Cabinet prepares to discuss the possibility of reducing self-isolation times for close contacts in the workplace.

NPHET last week decided not to recommend any further restrictions on society – calling for those that are already in place to remain in force, potentially until the end of the month.

Restaurants and pubs have called for the current 8pm curfew to be lifted immediately, waning that it has been “murderous” for business over the past fortnight.

Meanwhile NPHET member Dr Mary Favier told Newstalk that an easing of restrictions ‘needs to be looked at quite soon’.