Gardaí have upgraded their investigation into the disappearance of Jo Jo Dullard to a murder inq...

Gardaí have upgraded their investigation into the disappearance of Jo Jo Dullard to a murder inquiry.

The 21-year-old went missing 25 years ago from in Moone Co Kildare.

At around 11:30pm on 9th November 1995, Jo Jo telephoned a friend from a phonebox in the village.

She had been travelling home to Co Kilkenny from Dublin, but the only bus available was going to Naas in Co Kildare.

She got to Naas, hitched two lifts and ended up in Moone.

Jo Jo rang a friend to tell her what was going on and then said a car had stopped for her.

A short time after the phone call, a woman matching Jo Jo's description was seen leaning in the back door of a dark-coloured Toyota Carina type car. 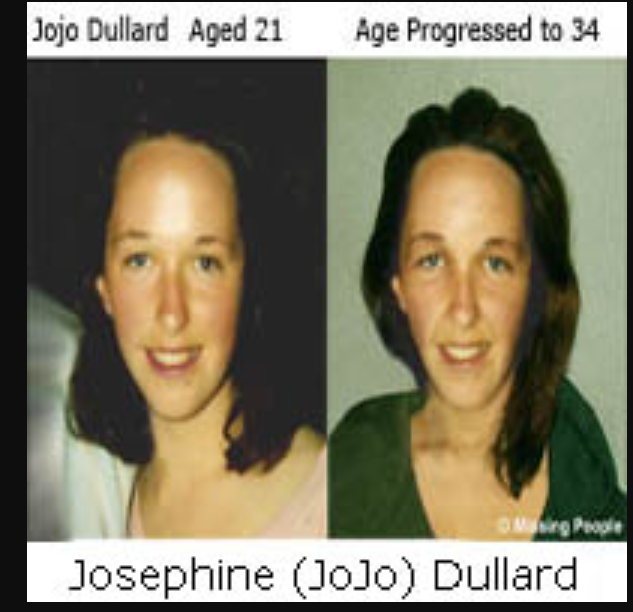 Image via An Garda Síochana

The driver or occupants of the car have never been traced.

A major search was launched, but no trace of her was found.

Gardaí have now confirmed that her disappearance has been upgraded to a murder investigation and will renew their appeal for information later this morning.