The Stormont Executive is to be recalled tomorrow morning after the British and Irish Governments...

The Stormont Executive is to be recalled tomorrow morning after the British and Irish Governments tabled a  deal aimed at restoring powersharing in Northern Ireland.

Speaking to the media outside Stormont this evening, the Tánaiste Simon Coveney and the UK Secretary of State Julian Smith said the deal is “fair and balanced” to all sides.

They have asked all political leaders in the North to “grab this opportunity” and have asked the Stormont Speaker to recall the Executive for tomorrow morning.

Mr Smith admitted however, that not all parties have agreed to sign up to the deal.

It is understood the DUP and Sinn Féin have been considering the draft text throughout the day today; however, smaller parties earlier expressed frustration that they had yet to see it. 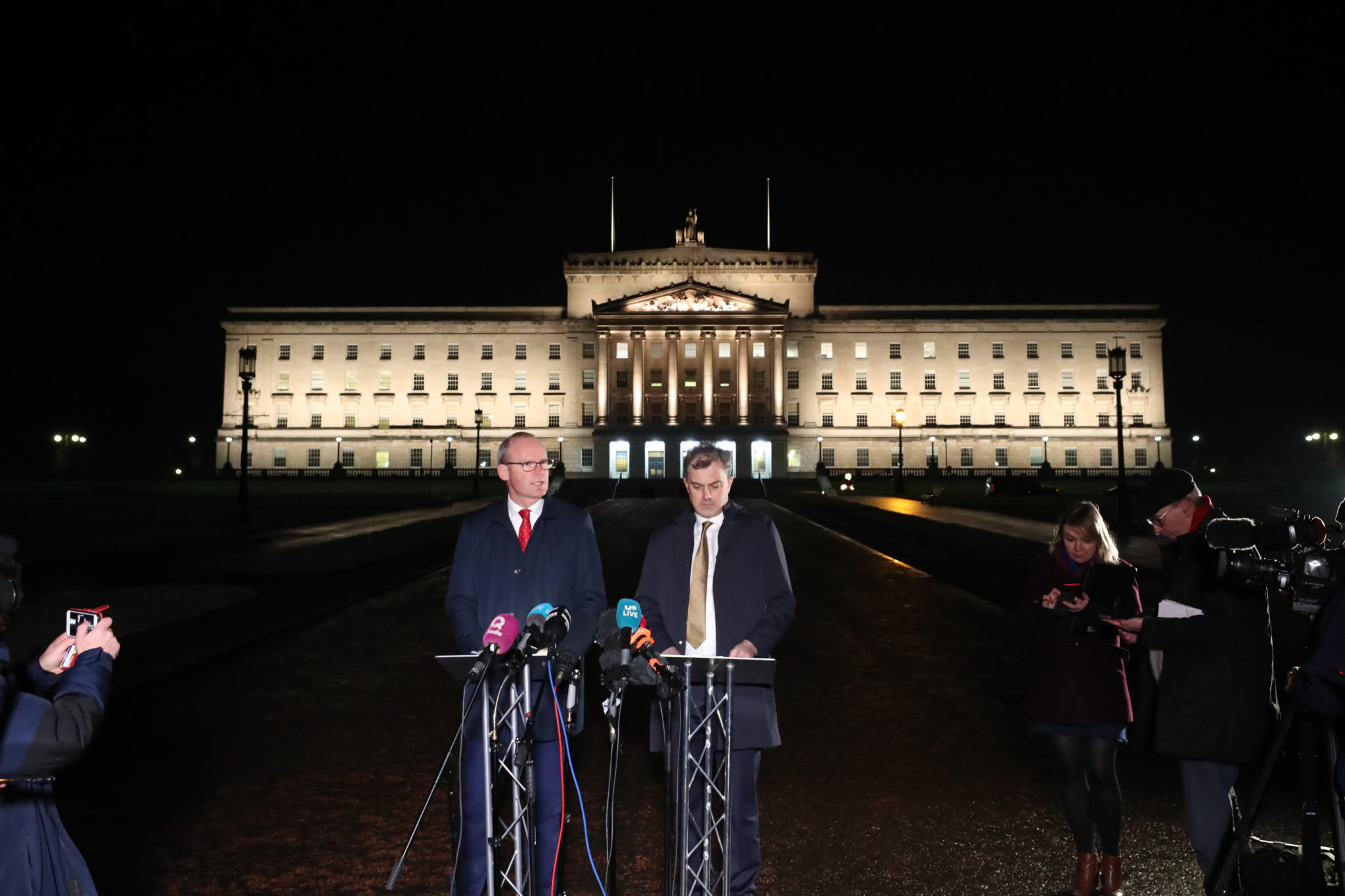 Speaking outside Stormont this evening, Mr Smith said the document “represents a fair and balanced deal for all the citizens of Northern Ireland.”

He said the deal “guarantees that the Good Friday agreement, signed over 20 years ago, is protected and is respected.”

“That the respect for different political beliefs and shared values and visions for northern is delivered.”

Minister Coveney said the deal will allow the Stormont Executive to “get back up and running by the end of the week.”

“What better way to start off this new year than by closing the chapter on Stormont’s collapse and getting on to new business and new challenges,” he said.

“The best place to govern Northern Ireland is here as envisioned by the Good Friday Agreement over 20 years ago.

“That is what the people of Northern Ireland have voted and it is what they continue to demand results around.”

He urged all party leaders to “grab this opportunity and get back to work in a multi-party Executive.”

“Forget the language of win and lose,” he said. “This is a deal filled with compromises.”

“They are fair compromises but most importantly, they are compromises in the interests of all of the people in Northern Ireland.” 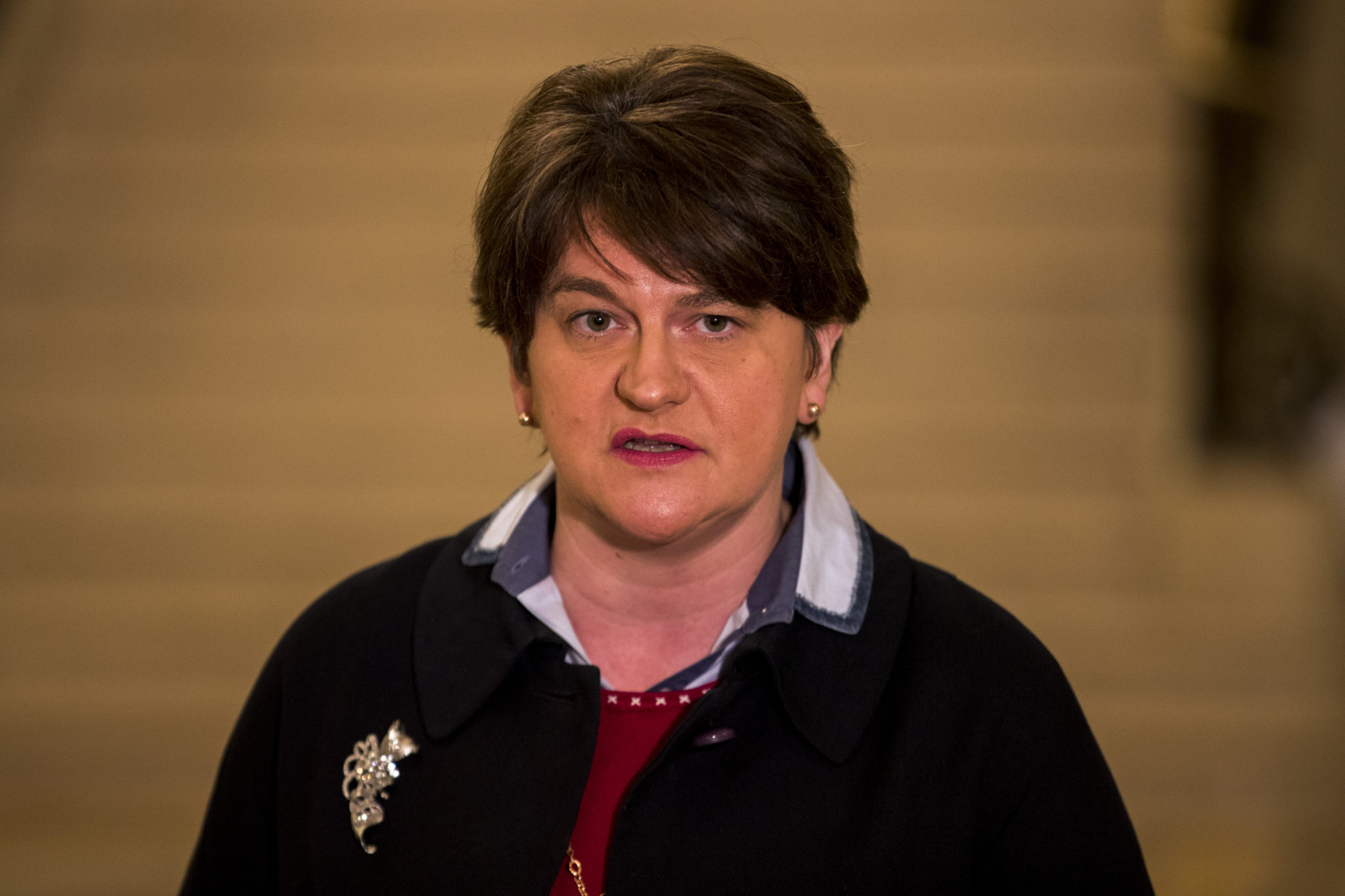 In a statement this evening, DUP leader Arlene Foster said her party believes the deal “provides a basis upon which the Assembly and Executive can re-established in a fair and balanced way.”

“This is not a perfect deal and there are elements within it which we recognise are the product of long negotiations and represent compromise outcomes,” she said.

“There will always need to be give and take.”

“The governments have chosen to publish this text which we have received in the last hour,” she said.

“We are studying the text and will give it careful consideration.

“The Sinn Féin Ard Chomhairle will meet tomorrow to fully assess it.” 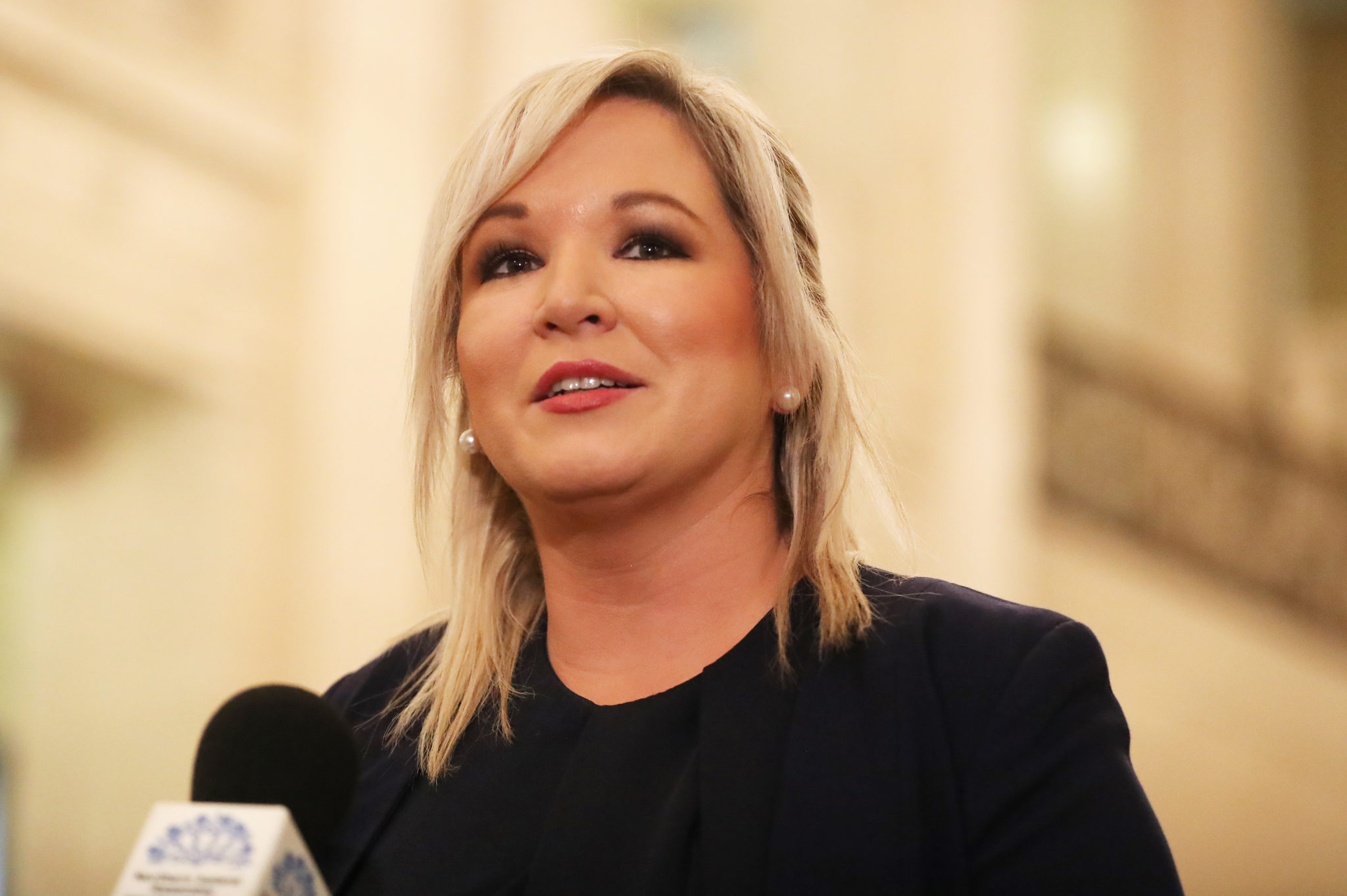 The parties have until Monday to find an official breakthrough – with Mr Smith warning that a fresh round of Assembly elections will be called if no deal is agreed.

Speaking at Stormont this afternoon, Sinn Féin deputy leader Michelle O’Neill refused to be drawn on what is in the draft document – but insisted her party is there to “do the business.”

“All parties need to have their concerns addressed,” she said.

“The two Governments own this process. They have an obligation to deliver on equality; to deliver on the promise of the Good Friday Agreement – and every other agreement actually that has been arrived at over the years ever since.”

SDLP deputy leader Nichola Mallon said her party was continuing to be “constructive” – but warned that is a “source of growing frustration” that she had yet to see the draft text.

She said the SDLP has been clear that Northern Ireland needs a “transformative” Executive that is “ready to make change for all of our people.”

We’ve been here all day. We have been constructive. We have not yet seen the text and that is a source of growing frustration. We need to see it today @NicholaMallon pic.twitter.com/RySCvoEb0Z

The former UUP leader Mike Nesbitt also voiced frustration that the text had not been shared with smaller parties.

“A couple of days ago it seemed possible that the Assembly would reconvene as early as tomorrow; to reconvene on Friday rather than Monday,” he said.

“As we speak that doesn’t look possible – but you never know.” 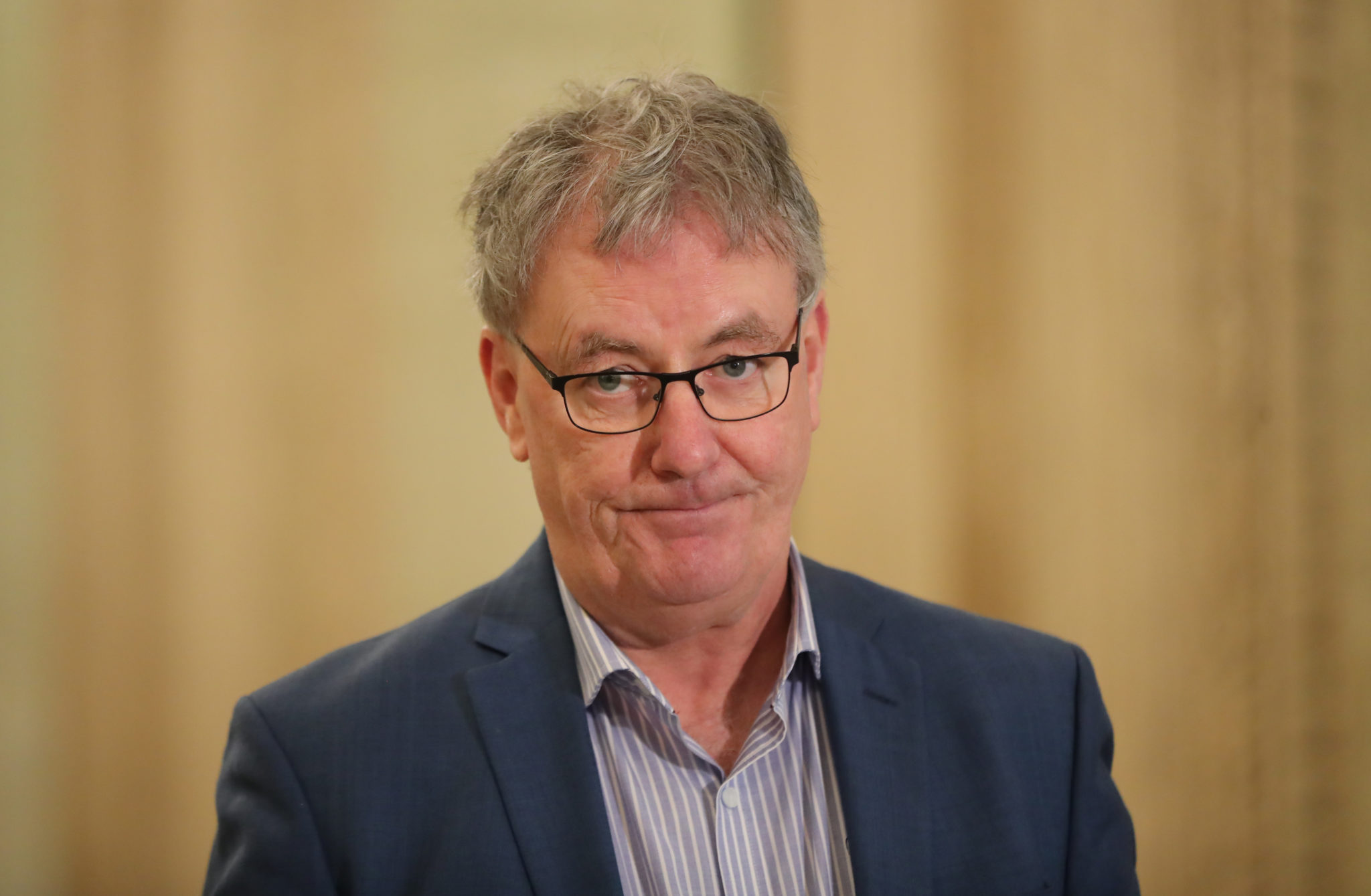 Two of the major sticking points in the talks since the Executive collapsed have been the issue of citizens' rights and the Irish language.

Sinn Féin has called for the introduction of a standalone Irish Language Act – bringing Gaeilge onto a par with English in the region.

The DUP had proposed a hybrid act – which would also recognise the Ulster-Scots dialect.

The introduction of an Acht na Gaeilge (Irish Language Act) was included in the St Andrew’s Agreement – which was the basis for the restoration of devolution in the North in 2007.

Today’s talks come three years to the day since the late Martin McGuinness resigned as the North’s Deputy First Minister – leading to the collapse of the executive.

Mr McGuinness resigned his position in protest over the DUPs handling of the ‘Cash for Ash’ scandal.

The scandal revolved around Renewable Heating Incentive (RHI) scheme which was designed to encourage businesses to replace older heating sources with eco-friendly alternatives.

Errors in the scheme - introduced under the watch of DUP leader Arlene Foster while she was enterprise minister – meant that subsidies exceeded the cost price of the fuel, effectively encouraging users to burn extra fuel in order to claim money.

Mr McGuinness insisted the only way to restore credibility to the Executive was to hold an “independent, time-framed and robust investigation.”

He resigned in protest after Mrs Foster refused to stand aside from her position for the duration of the investigation.