An inquest into a murder-suicide in north Cork has ruled 26-year-old Mark O’Sullivan was unlawf...

An inquest into a murder-suicide in north Cork has ruled 26-year-old Mark O’Sullivan was unlawfully killed.

His father Tadgh and younger brother Diarmuid both took their own lives.

The inquest was told how mother Anne O’Sullivan awoke to gunshots on the morning of October 26th 2020, to find her husband Tadgh and younger son Diarmuid firing guns into her oldest son’s bedroom.

She yelled “what have you done”, and they both then let off another shot.

26-year-old Mark O’Sullivan was shot seven times in the tragic incident, following a months-long dispute over a family will. 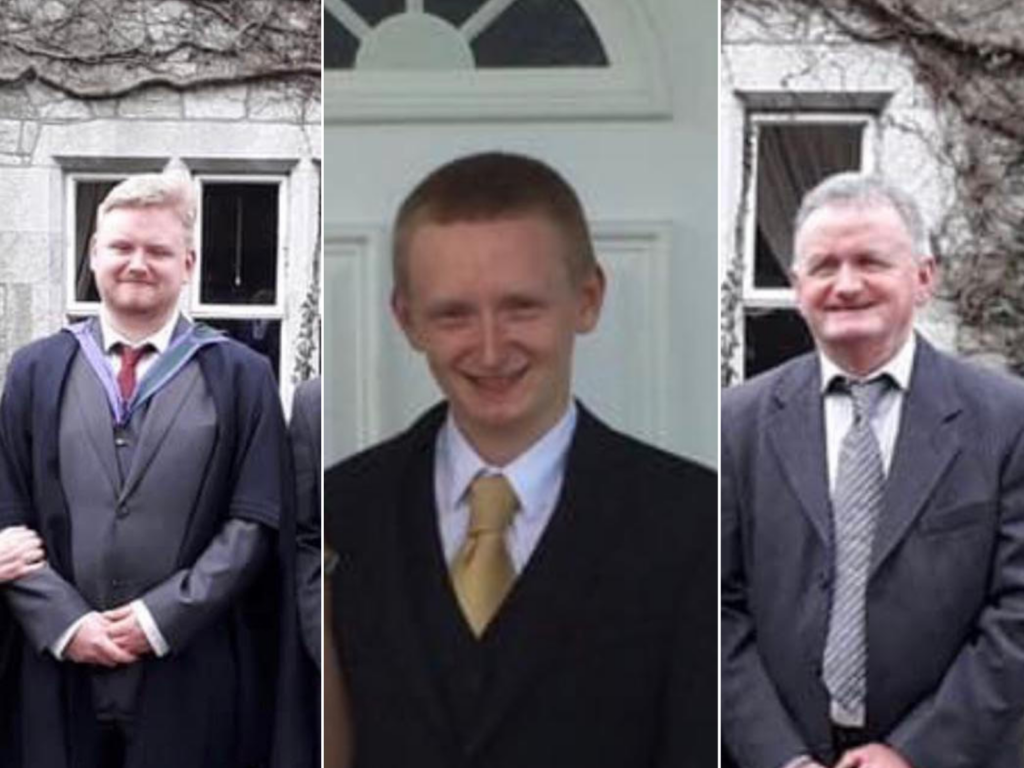 A composite image of photos released by the family of Diarmuid, Mark and Tadgh O'Sullivan. Pictures supplied by An Garda Síochána

The dispute involved how the Kanturk farm would be divided between Mark and Diarmiud.

Anne died from cancer earlier this year. Her statement, read out by gardaí, revealed how she told Mark: “Hold on, I’m going to get you help”.

Anne then went to flee the house, but found a new padlock had been put on the gate to the farm.

She ran almost one kilometre to a neighbour's house, who then raised the alarm.

Main image: A view of the farmhouse in Assolas, Kanturk, north-east Co Cork, where the bodies of Tadgh O'Sullivan, and his two sons, Diarmuid and Mark, were found. Picture by: Niall Carson/PA Archive/PA Images