The ESRI warns inflation could peak at 8.5% before averaging out at 6.7%

Inflation could be even higher than the ESRI is predicting, the head of the institute has warned.

In its latest Quarterly Economic Commentary, it says inflation will soon hit levels not seen since the mid-1980s.

Alan Barrett, CEO of the ESRI, told The Hard Shoulder things could get worse.

"We're forecasting this year that inflation 2022 could average 6.7%, but that's an average right across the year.

"That includes the fact that inflation could peak at around 8.5% during the course of the year.

"And everything we're saying in this quarterly is couched with health warnings, that there's just so much uncertainty out there, that the situation could even be worse".

He believes social welfare increases will be needed to protect those most vulnerable.

"The Government cannot insulate every man, woman and child from this inflation... that's simply not going to be feasible.

"But I think, collectively, we would tend to agree that people in the lower income decile - particularly on social welfare - should be insulted to a strong degree.

"So you can imagine that there will be increases to social welfare that will reflect the inflationary environment.

"And indeed a lot of countries actually have automatic mechanisms in place - you're not waiting for a Government decision - if inflation is higher, welfare payments go up as well". 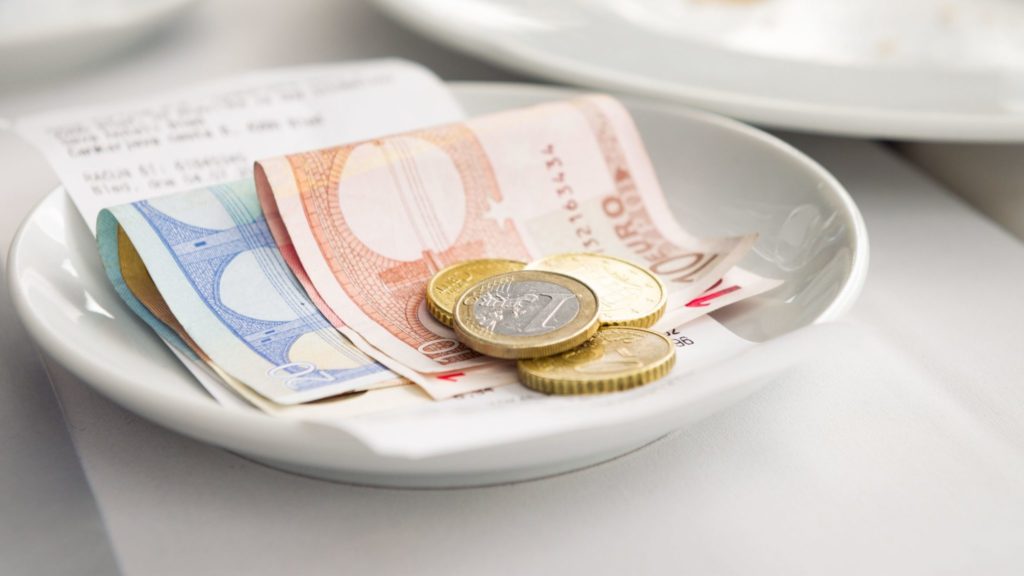 Euro notes and coins left on top of the bill at a restaurant as payment and a tip.

'Positive for the Irish economy'

But he notes that economic growth is still set to increase.

"That's actually still positive for the Irish economy - we expect the economy could grow by 6% this year."

He adds: "Luckily Ireland entered into this period with such strong economic growth, that even though it's sort of curtailed we still have a pretty healthy looking economy.

"But of course if the economy had of been in lower growth trajectory, this is the sort of thing that could have nudged us back into recessionary terms".

As the Russian invasion of Ukraine continues, Alan explains the importance of both economies.

"Russia is an interesting economy from an Irish perspective. We don't trade directly much with Russia, or Belarus for that matter.

"And even in terms of global standing, Russia is not one of the massive economies of the world.

"It's a sort of a military superpower, but it's not an economic superpower.

"So the actual impact to a certain extent on this is limited.

"But what really makes Russia important... is the extent to which they export these critical commodities.

"Oil and gas, I think everybody understands, but there's additional commodities - which are components in things like electric vehicles and other sorts of things.

"And of course Ukraine in particular is a major wheat and cereal provider.

"So these are not huge economies, but they export these critical products that are used in so many things.

"And as a result of the disruption that is happening there, it's worries about supply looking ahead.

"And that's then being reflected in the wholesale prices which are being asked for these things, and that's moving right through into the consumer".