The Minister for Finance has warned that the risk of Britain crashing out of the EU without a dea...

The Minister for Finance has warned that the risk of Britain crashing out of the EU without a deal is building.

Embattled UK Prime Minister Theresa May is under ever-increasing pressure to set down a clear timetable for her departure following widespread backlash against her latest Brexit proposals this week.

She looks increasingly isolated at 10 Downing Street following the resignation of yet another one of her key ministers.

It is understood several other ministers are now also considering their positions.

Mrs May is due to meet with the Chair of a group of backbench Conservative MPs tomorrow – where it's expected she will set out a timeline for her departure.

She had promised to do so next month but is keen to avoid a mutinous end to her time in charge. 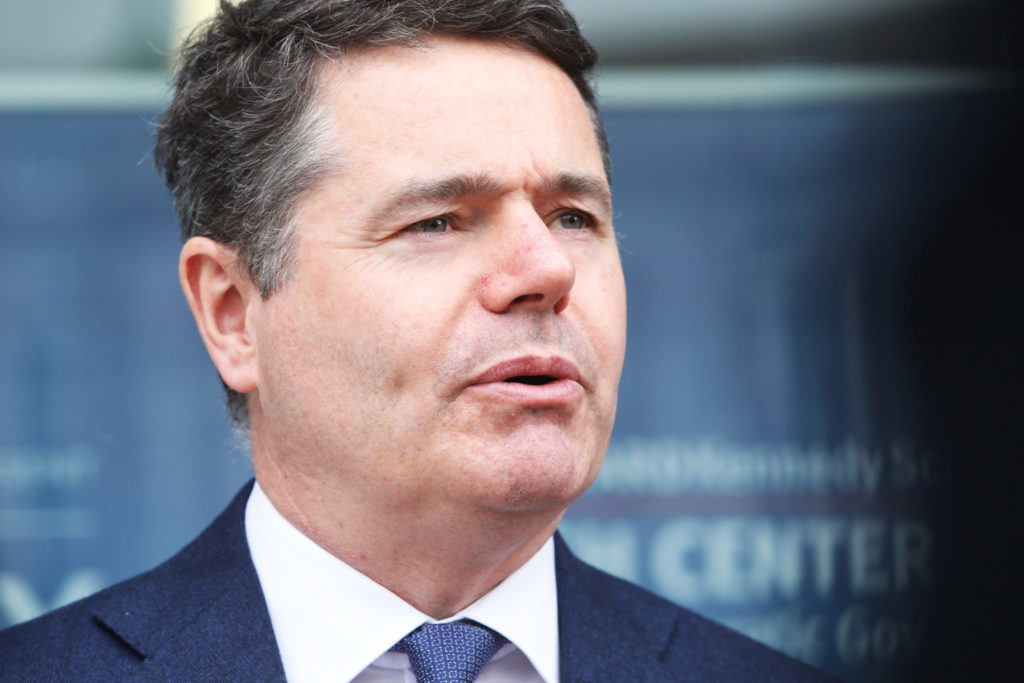 A fourth vote on the withdrawal agreement is due to take place at the start of June and this afternoon Finance Minister Paschal Donohoe said the threat of the UK crashing out of the EU without a deal is growing all the time.

“The risks of a no deal Brexit scenario facing Ireland later on this year are building,” he said.

“I still believe that it is very much possible for an agreement to be reached that protects our national interests and facilitates the orderly exit of the UK from the EU.”

The Taoiseach and Deirdre Clune trying some oysters in Cork’s English market. The perks of canvassing! pic.twitter.com/rcXFouUX2J

Mrs May's position is likely to become even more precarious as voters go to the polls in the European elections – nearly two months after the UK was due to exit the bloc.

Yesterday, former party leader Iain Duncan Smith compared her reluctance to step down to putting a sofa up against the door of 10 Downing Street.

Speaking in Cork today, the Taosieach refused to be drawn on whether her departure would damage the chances of the Brexit Withdrawal Agreement passing the UK Parliament.

“I suppose we don’t know exactly what is going to happen in the next couple of days in the UK but we do know that Brexit is very much going to be centre stage,” he said. “Either because of political changes in London or because of the results of the European elections – where it seems the Brexit Party is going to win in the UK.”

Mrs May is meeting senior Tories to hear concerns about her policy agenda this afternoon, after the resignation of Ms Leadsom.

It is expected the former Commons leader will be replaced later today.

Conservative MP Phillip Lee said he respects Mrs Leadsom's decision, adding that if she does not agree with government policy “the honourable thing is to resign.”

“I admire her for taking the stance she has,” he said.

“I don’t agree with her position on Brexit but I understand that she has to go if she does not believe the Government is going to deliver what she wants.”

The Netherlands also goes to the polls today with the 26 other EU member states to follow over the next three days.

Seventy-three MEPs will be elected to represent 12 regions across the UK. Polls open at 7am and close at 10pm.

The results will be announced from Sunday night when voting across all EU member states is complete.