Rugby pundit Brent Pope has revealed he is in pain every day as he battles a mystery illness. He ...

Rugby pundit Brent Pope has revealed he is in pain every day as he battles a mystery illness.

He has described the last year as probably the worst in his life.

He said distance from his family in New Zealand, while battling mystery health issues, have made it a difficult time during the pandemic.

He also said he has regrets over not seeing his family, and not starting one of his own.

He told The Hard Shoulder he has been for several different tests.

"I'd have to say it probably has been the worst year of my life in a lot of regards.

"Just a whole combination of things: physical health, mental health, being away from my own family - I found it very tough to be honest.

"I've been suffering physically for the last year, I've been in and out of hospital a number of times, I've seen a lot of consultants.

"I seem to be going for tests every week, or whatever like that, to see what ails me.

"There's something going on - I've got sort of systematic problems, anything from GI problems.

"My gastro is all ulcerated and inflamed, I've lost nearly two stone. And that's not not trying to eat, that's just kind of unexplained.

"I've got sort of twitching, I've got all these things.

"I haven't had a decent night's sleep in a year, all these things kind of manifest.

"Do they put you into an anxious state? Absolutely. Anybody would be anxious because it's been going on for a year now.

"And every time you go in to talk to another consultant... you're always running the gauntlet again. 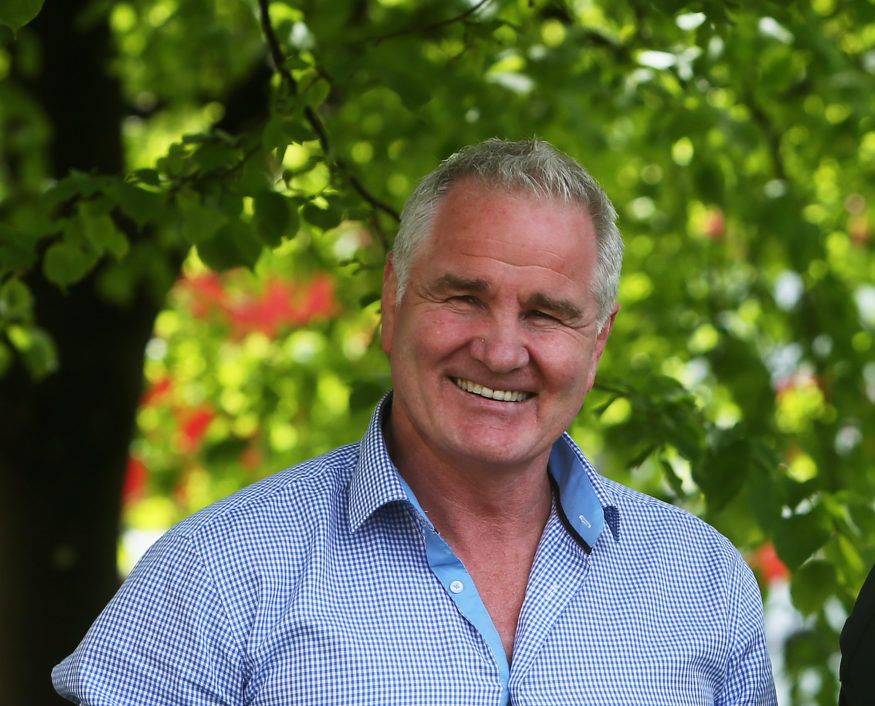 Brent Pope is seen at the launch of Walk in My Shoes in support of St Patrick's Hospital Foundation in Dublin in 2014. Picture by: Brian Lawless/PA Archive/PA Images

"I don't tell people actually now that I’m going for tests, even though the news that might come in might be 'You've got something serious'.

"Something is going on, I've never felt this unwell for this period of time in my life.

"I've got liver problems, that's another thing that got checked out - so I'm trying to balance that as well as all the GI problems and all that.

"And it doesn't seem to be related to what I eat or whatever, I don't know.

"Most of the problems are in my gut at this stage.

"It's like you've got the permanent - you know that feeling you'd get when you were younger - the stitch?

'I hadn't been a daily part of their lives'

Brent also said that the last year has brought him face-to-face with some life choices.

"Old age sort of crept up on me... my first shock of reality of that was losing my dad two years ago.

"He had been the rock of my life, I loved him unconditionally like I love my brother and my mother - and suddenly he was gone.

"It suddenly took those 27 or 28 years that I'd spent in Ireland thinking that I never saw my father in his later years.

"I left to New Zealand to come to Ireland at the same age he was that I am now.

"I had never shared much of dad or mum's or my brother's life for the last 30 years.

"Yes I could have a three week visit home, but I hadn't been a daily part of their lives.

"Suddenly the connections weren't as strong as what I'd have loved them to be.

"I so miss not being a part of a big family... looking at Irish families, I'd have loved to have been a part of five or six sisters or brothers that you could call up or whatever and go and visit".

'That's where the loneliness comes in'

He appealed to people who may be feuding to "make up those differences".

"I hate seeing differences, I hate when people say 'Oh, they haven't talked to their brother or their sister for 10 or 15 years'.

"I'd think 'Suck it up' - I would have loved to have that situation".

And Brent added that his mother, who is in a home, has also made him think.

"Not being able to get home and see her last year, when the telephone conversations are becoming more unrecognisable, and that year... I don't know long that she has.

"And I don't know how long it'll be before I see her again.

"At the end of the day I'm not married and I didn’t have children, and there's a lot of regrets around that as well.

"I think for most people there's regrets - I don’t think there's many people out there that will say 'I didn't want a family and I'm happy with that'.

"Yes there are guaranteed to be some that have lived those lives.

"But I think most people want that white picket fence lifestyle, don't they, with the the 2.5 perfect kids and the barking dog?

"Now I know they don't get it, and people would turn around to me and say 'Oh Brent, you're lucky you didn't have a bundle of kids'.

"I turn around and said I would have loved to".

He offered everyone this advice: "I want people just to appreciate what they have and what they could be.

"And throw off the shackles and run with it - do what you want.

Main image: Brent Pope is pictured at the launch of the Mater Hospital Foundation's Heart Badge Campaign in 2005. Picture by: RollingNews.ie