Frontline is to receive €548,000 in funding for its future development

One man says he has been 'stripped down and rebuilt' by a bicycle repair initiative, which employs recovered addicts.

It is to receive €548,000 in funding for its future development.

This is the largest amount granted to a social enterprise in the history of the State.

It's an initiative of Frontline Make Change, a charity which works with people suffering from drug or alcohol addiction in parts of Dublin.

Since 1999, the charity has provided addiction services, counselling and family support programmes to the community of Inchicore, Bluebell and Kilmainham. 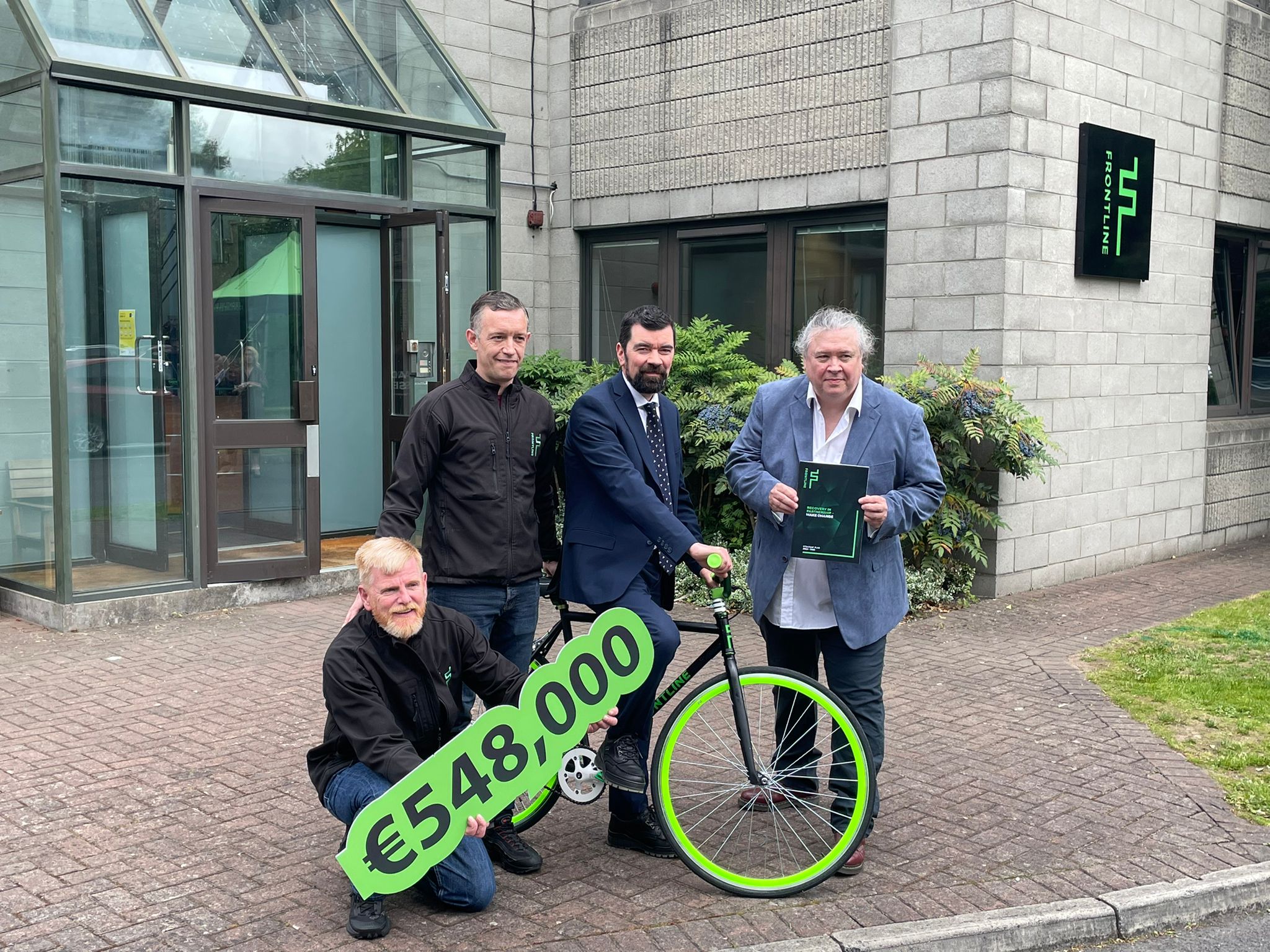 New funding is announced for Frontline Bikes in Dublin. Picture by: Josh Crosbie

In October 2020, it launched Frontline Bikes - a sale, repairs, and upcycling shop in Inchicore - to facilitate the opportunity for employment and rehabilitation for ex-addicts.

Within its first six months, it had over 1,000 bikes repaired, 300 donated bikes received and 120 bikes sold.

"I'm just like an old bike here - I was worn out, wasted, sitting in a shed.

"People thought there was no hope for me; I've been stripped down, rebuilt and brought back in this organisation.

"This is what these organisations can do. There is hope for people in the future", he adds.

A bicycle repair initiative that helps people recovering from addiction officially opened a new facility today.@FrontlineMCie is to receive €548,000 in funding for its future development.

"It's given people an outlet, where they can come and talk to people like myself.

"They're seeing that there's lads in recovery, working in a shop - something different than what's previously out there.

"And move on into meaningful employment - God knows where they could end up from there".

And Ger explains how he got to this point.

"I found myself homeless at 15-years-old, which lead to chronic drug addiction and lengthy prison time.

"My life now as a working, tax-paying, single dad is unimaginable compared to my previous one.

"Frontline Make Change has played such an important role in my recovery journey, also leading me to study addiction and becoming a trained Drug Practitioner.

"Working as a mechanic in Frontline Bikes provides an invaluable opportunity for guys like me to learn a practical, highly-employable skill."