The mother of an 11-year-old who died after a battle with aggressive lymphoma has said talking ab...

The mother of an 11-year-old who died after a battle with aggressive lymphoma has said talking about her son helps her with her grief.

Daragh from Co Louth, who also had autism, passed away in November 2019.

Colleen McNally told Pat Kenny they noticed something was wrong when they were on holiday in Spain.

"We noticed that whilst we were in Spain, he was off with food.

"Daragh had autism, so when you're out of your routine this wasn't really anything abnormal - because we just thought he was out of his routine and he wasn't eating.

"When we returned from Spain, we noticed he still had no appetite - and that's when we started to say 'No, there's something not right here now'.

"We took him to the doctor three times that week, and each time we were told 'It could be a viral infection, nothing was picked up any untoward'.

"The following Monday we went to Our Lady of Lourdes Hospital in Drogheda, where they immediately seen that something was wrong.

'That was the very last time'

Colleen said when he went in for surgery, she did not think this would be the last time she would speak to her son.

"That was the very last time, that was in Temple Street, that we had Daragh awake.

"I took him down to the theatre and with his autism, he couldn't fully understand what was happening.

"And I was trying to calm him - and I always called him 'Mammy's Best Boy Ever' - and that was it. 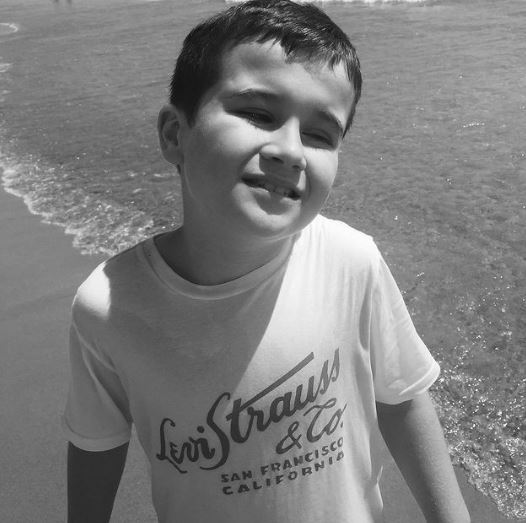 "I put my face up to his and he drifted off into sleep, and that was the last time I had him awake."

She said they were in Crumlin ICU for a total of five weeks, but things were looking up in the third week.

"They reduced his sedation, and I can recall him - I was saying 'Give Mammy the thumbs up' - and he'd put his little hands up, and he definitely squeezed my hand a lot during that week as well.

"So I do know he knew we were there with him, but he wasn't fully awake".

'I always want to talk about him'

"I set up an Instagram page called 'Daragh's Balloon Ride' - Daragh loved balloons - and initially, it was to keep Daragh's memory alive.

"I always want to talk about him, I never want to forget about him.

"But the more I'm on this journey with grief, and especially after it happened, there's absolutely nobody that I have come up against that can give you an answer or make sense of a child passing away.

"And I suppose when I set up this page, it was just a place where people like me find some peace and comfort with others that have gone through the same thing as what I'm going through.

"I meet people that have lost a child 30 and 40 years ago... and their reaction to grief is the exact same as mine.

"Their eyes fill up, you can see the pain in their eyes.

"And I firmly believe after the loss of a child - people say 'time heals' [but] I don't believe that - I believe you have to learn to live with the pain.

"And I suppose setting up this page is just sharing my experiences with others because they're exactly the same as others.

"It's OK to have a bad day a year and a half later, or three years later, or whenever.

"Waves of grief after the loss of a child come fast and furious, and I do think it's good to talk about this and to know you're not on your own."

And Colleen said Daragh will always be the one thing missing from every day.

"Every single morning I get up, he's the first thing I think of.

"But we've had days where we've had good family days - even recently, we celebrated my sister's birthday and we had a good day.

"It's a different type of a day - it doesn't matter how many people are in the room.

"For us the biggest thing is that Daragh's not in the room, and that'll always be there.

"But we are learning to get back into society and to enjoy ourselves again, and to see that we're still here and we have to live our lives and so does our children.

"And we have to do the best and make the best of the situation we're in now."