One UCC lecturer says he can't understand why people would want to watch a show, where children get to see toys that parents cannot afford.

He is a senior lecturer in philosophy and moved to Ireland in 1998.

And he told The Hard Shoulder he does not get the hype around the annual show.

"I don't have an issue with the Late Late Toy Show - I just don't get it, I don't understand why people think that it's such a remarkable thing.

"I understand doing something for children - but then why start at 9.30 in the evening, and why go for two and a half hours?

"Clearly a lot of people are very excited about it.

"The idea of a show where children get to see toys that parents cannot afford to buy - well, if that's what gets people going that's fine".

But he admits he has never made it through a whole show.

"I've never sat through the whole show, I'm very jealous of my time when it comes to watching TV.

"And two and a half hours of a toy show - no, I've never watched the whole thing.

"I think I watched 10 minutes last year, which was fine - and I have to confess I have children, and they have no interest in it either.

He says this seems to be an Irish-specific phenomenon.

"It's a quirky thing and I think perhaps it's very Irish, and that's wonderful. But it's a big deal - clearly it is.

"I guess if you grew up with it and it's part of your childhood, and there's an element of nostalgia - I get it.

"But sometimes when you're an outsider, and you see things from a different perspective, it is a bit odd".

But he says the show is probably as much directed at adults as children.

"Most TV shows are really for adults, even though they are meant to be for children.

"It'll be adults who watch the commercials - they're the consumers - so absolutely I'm sure that's the case". 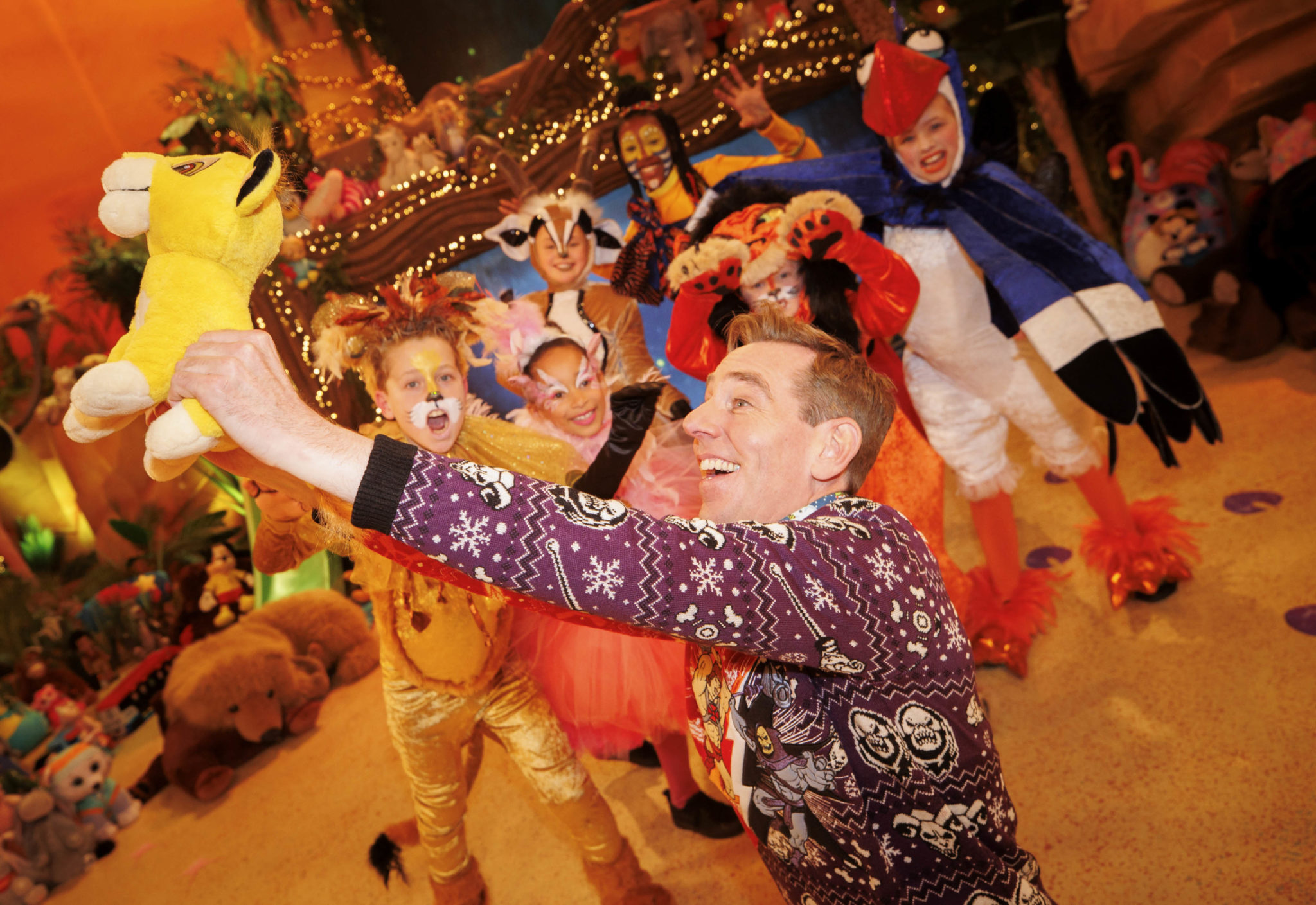 It was earlier confirmed that The Lion King is the theme of this year's show.

"The opening number is nearly the hardest thing of the entire night - it's the great expectations of people at home on their couches.

"It's probably one of the last events in the television world where families sit down together and watch [something] together. I think it’s going to be gorgeous."

And Tubridy said he believes the show will be a much-needed burst of fun.

"Last year was kind of dark and difficult for people - they needed the big, shiny joyful thing that the toy show is.

"This year I thought it was going to be a lot more free with less restrictions… that's changed now. We now find ourselves going backwards a few steps.

"The Toy Show becomes a little bit more important - I think people's nerves are a bit gone and frayed at the edges.

"I think a night like tonight will bring a little shot of joy in the arm - that's what they need."

Stars of Toy Shows from Christmases past reflect on 'magical experience'