Hundreds of people attended a protest in Dublin over the ownership of the site of the new Nationa...

Hundreds of people attended a protest in Dublin over the ownership of the site of the new National Maternity Hospital.

Plans to move it from Holles Street to St Vincent's Hospital, a site owned by a religious order, have raised concerns about church influence on medical practices like abortion and IVF.

The Government has indicated it is open to purchasing the land. However, St Vincent's Hospital Group has rejected that option. 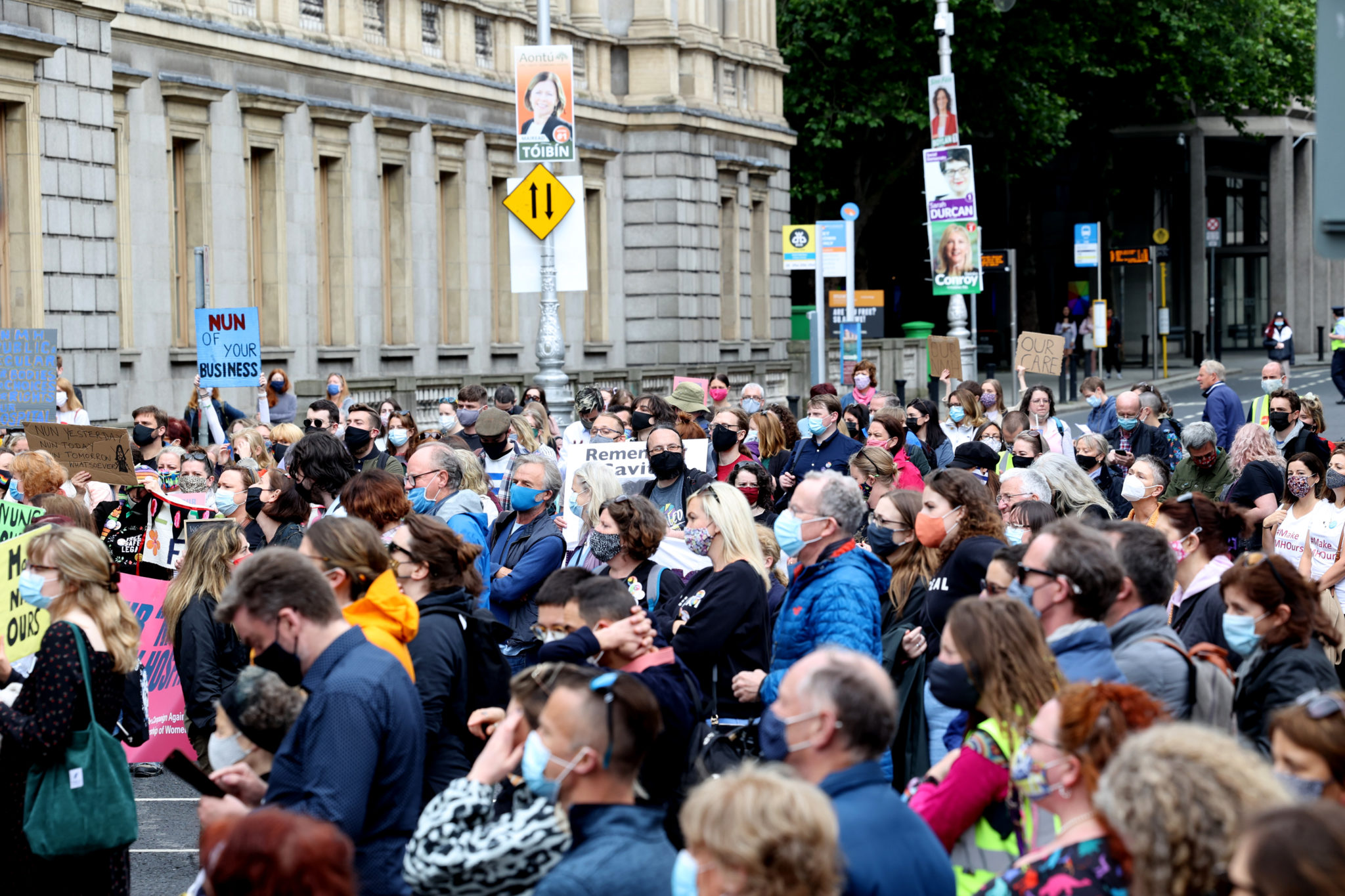 Chairperson, Jo Tully, said people are outraged at the situation.

"The announcement by the nuns three years ago that they were standing back and going to gift the entire hospital group to the people of Ireland managed to assuage the rage that was evident then," she said.

"We now know in fact that that was a lie, and the refusal to sell the site means the future of women's reproductive healthcare is in the hands of the church."

One woman at the protest said the church should not have anything to do with the new maternity hospital.

She told Newstalk: "I think the church has had far too much control and a say in women's bodies over the years.

"With the history of the Mother and Baby Homes, the last thing a religious order should be near is a maternity hospital." 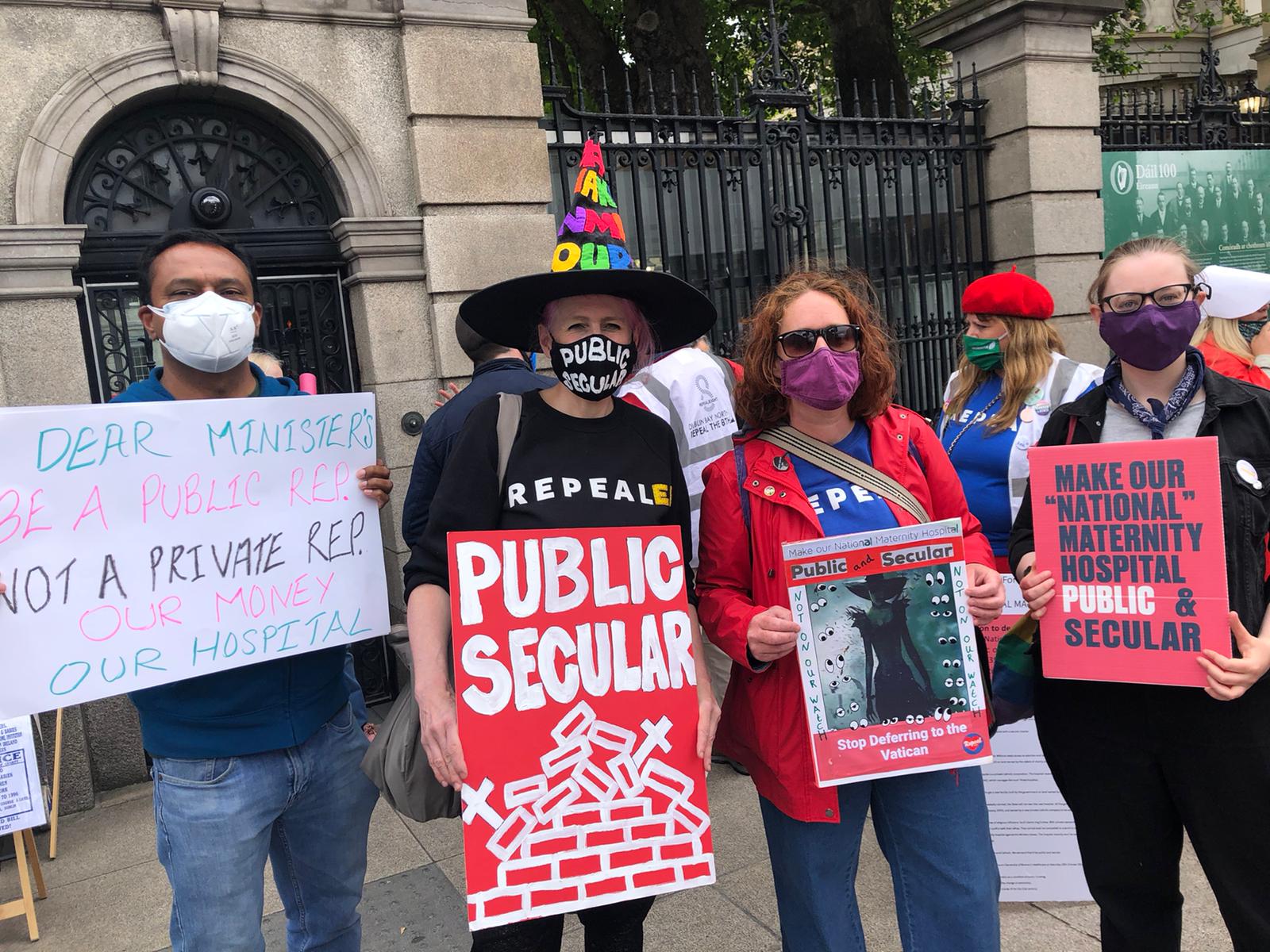 There has been growing concern in recent weeks over the future of the project after it emerged that the Religious Sisters of Charity, which owns the Dublin site, was not gifting the land to the State as they had previously suggested.

Instead, the Catholic group is proposing a 99-year lease of the land to a private charity called St Vincent’s Holdings – a Vatican-approved charity.

It insisted the new hospital will be clinically independent with no religious or Vatican influence – and noted that the arrangement was “understood and accepted” by the Department of Health when the lease option was agreed in 2017. 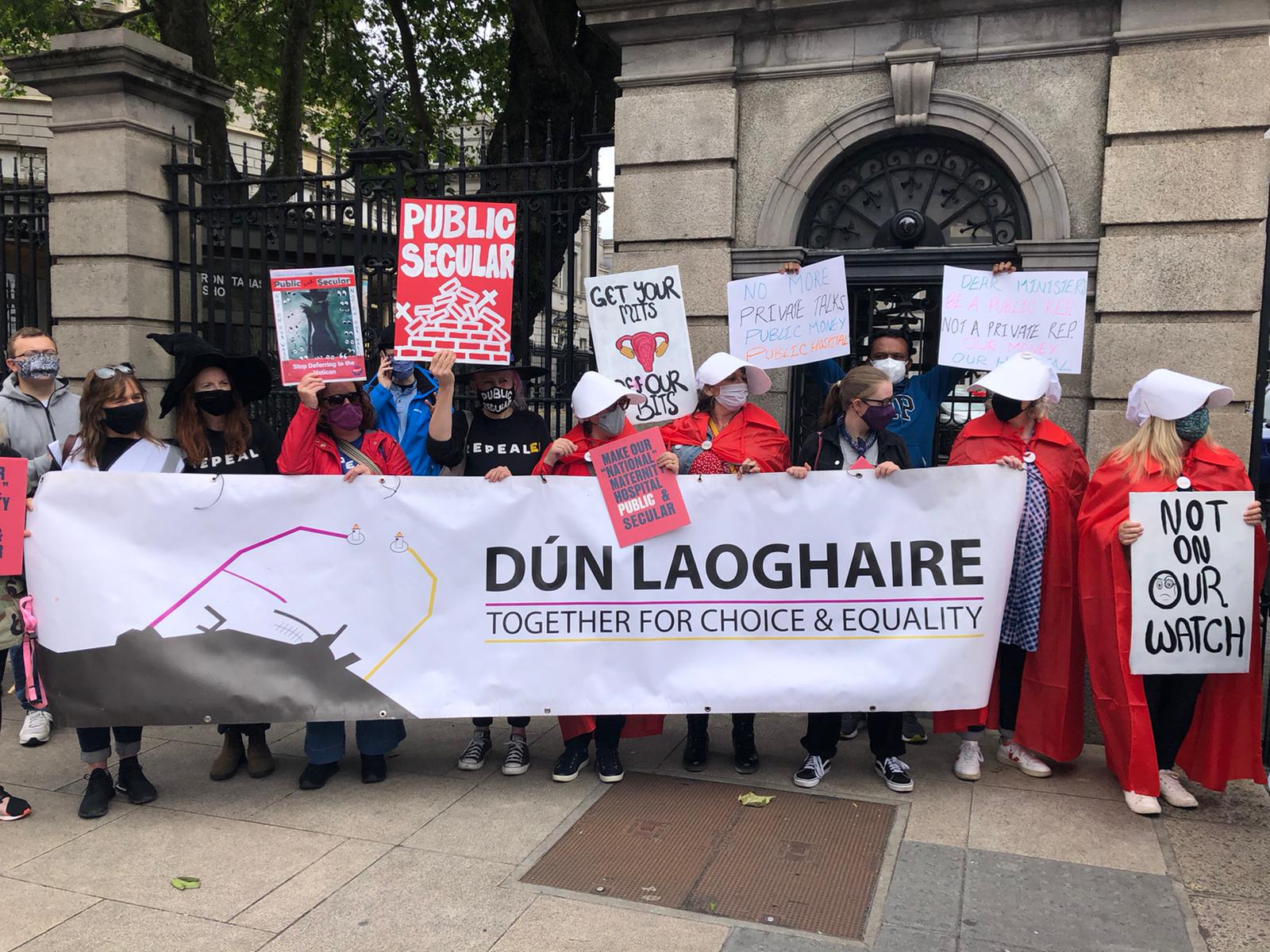 Speaking to On The Record with Gavan Reilly last week, Leo Varadkar has said the new National Maternity Hospital will "absolutely" carry out clinical procedures contrary to the Catholic ethos.

Dr Peter Boylan, a former master at Holles Street, had voiced concerns that St Vincent's Holdings, "has a Catholic ethos" and that is "a fundamental problem".

In response, the Tánaiste denied this would be the case, echoing comments made by the Taoiseach that there will not be any religious influence on the new hospital.

"Holles Street, the National Maternity Hospital, is a Catholic-ethos hospital," he said.

"Notwithstanding that, Holles Street is a hospital in which terminations are performed, in which assisted reproduction is provided, so I think sometimes people can take this issue a little bit further than the facts will allow.

"I worked there, I did part of my training in the National Maternity Hospital, I never, ever felt that there was a nun or a priest looking over my shoulder when it came to giving the right care to women." 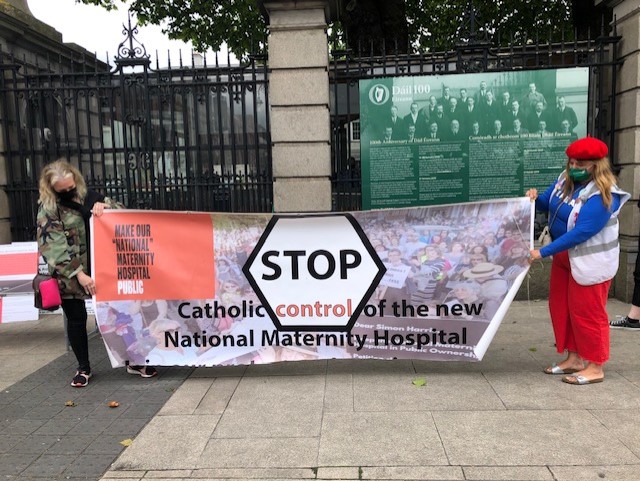