Four human rights defenders, who were due to attend an international conference in Dublin, have b...

Four human rights defenders, who were due to attend an international conference in Dublin, have been prevented from travelling by their governments.

The Dublin Platform was opened on Wednesday morning by Tánaiste Simon Coveney and the UN High Commissioner for Human Rights, Michelle Bachelet.

However human rights activists from Azerbaijan, Russia, Algeria, Cuba and a fifth country were blocked from travelling to Dublin.

Front Line Defenders, which is organising the event, said more than 120 human rights defenders (HRDs) from over 80 countries are participating.

Over three days, they will share tactics and strategies for their protection and security - while learning from each other about their struggles, protests and resistance movements. 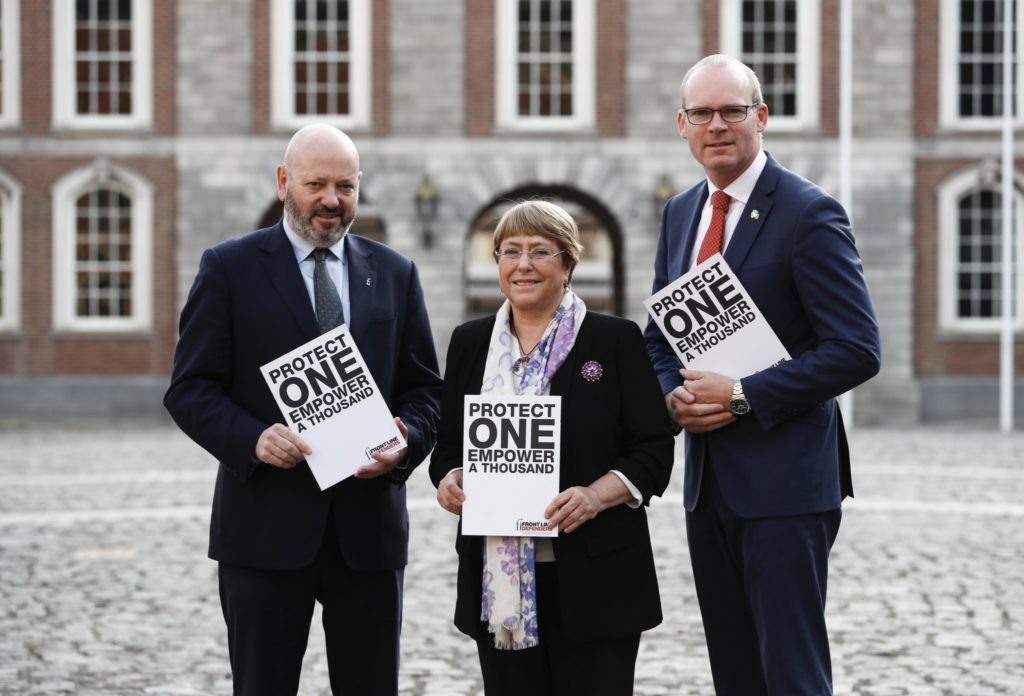 On Thursday they will march in a procession to Christchurch Cathedral, calling for the release of HRDs facing multi-decade prison sentences around the world.

Andrew Anderson is executive director of Front Line Defenders: "Human rights defenders are guaranteed the right to do their work without harassment or intimidation.

"In these five cases, governments are afraid of the words these HRDs will deliver to their peers - that is the message of this cowardly effort to silence them."

One delegate who has been refused permission to travel to Ireland on multiple occasions, Bahraini woman Ebtisam Alsaegh, addressed the opening ceremony.

She called for an immediate end to gendered and sexualized attacks against women human rights defenders around the world.

Front Line Defenders said the identity of the fifth is being withheld for security reasons.

#Ireland’s Tánaiste & Deputy Prime Minister @simoncoveney opens our 2019 #DublinPlatform with more than 120 human rights defenders, calling for an end to attacks against WHRDs & HRDs around the world, who are persecuted for their “heroic efforts” defending “human dignity” pic.twitter.com/XQTpB0O8zm

It also saw the launch of a major new report, 'Defenders Without Borders', on the criminalisation of human rights defenders on the Mexican/US border.

The report found they are facing severe threats from both state and non-state actors.

"The research found that human rights defenders working with migrants are being criminalised, assaulted, arrested, deported, detained, interrogated, intimidated, digitally surveilled and harassed for carrying out legitimate and peaceful work.

"These attacks are part of a broader transnational governmental effort to stop the migration of people fleeing violence and persecution", the report said.

It showed a range of abuses against migrant rights defenders along the migrant routes and in the borderlands.

It said defamation and criminalisation of humanitarian activity is increasing throughout Central and North America.

Those in Guatemala, Mexico and the US have been arrested, assaulted and put on trial for the provision of humanitarian aid - including distributing food, water and medical supplies and operating emergency shelters for migrant families.