Hong Kong is to ban people wearing masks during protests, the territory's chief executive has con...

Hong Kong is to ban people wearing masks during protests, the territory's chief executive has confirmed.

Carrie Lam announced the use of the emergency powers - which have not been used for more than 50 years - after months of violent street protests.

However, she stressed that Hong Kong was not under a state of emergency.

Anyone breaking the ban could be jailed for a year or be fined but many protesters have said they will defy the ruling.

The law now says that a facial covering is illegal if it prevents someone at an "unlawful assembly" or "public procession" being identified.

It comes into force on October 5th and the emergency order allows authorities to make any regulations they believe are in the public interest without approval from the city's parliament. 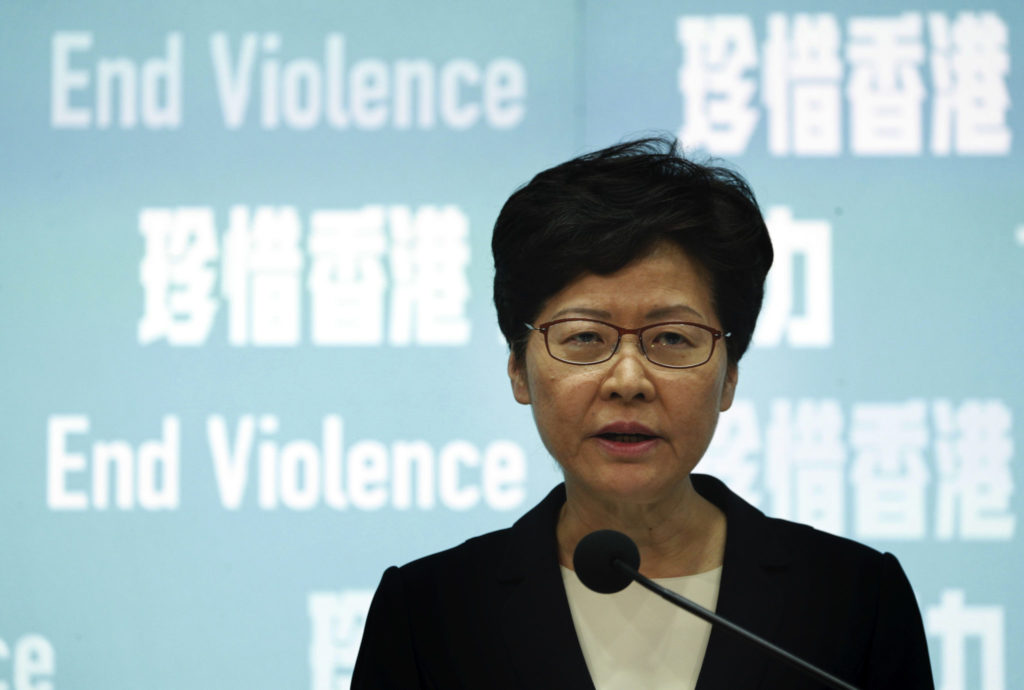 The last time the powers were used was 1967 when more than 50 people were killed during riots between leftists and the British-led government.

Thousands again took to the streets earlier this week on the 70th anniversary of communist China.

A student became the first person to be shot with a live round since the protests started in April.

After being shot in the shoulder, Tsang Chi-kin (18) was charged with rioting, which carries a penalty of up to 10 years in prison.

The protests started over plans for a law that would have enabled people to be extradited to China for trial.

Those proposals were eventually dropped, but people continue to demonstrate over claims of police brutality and what they say is a gradual erosion of Hong Kong's freedoms.

Under the handover to China in 1997, the territory was intended to have a special status under the "one country, two systems" principle.