Updated 09:05 Honda has confirmed that it will close its factory in Swindon in the UK with the lo...

Honda has confirmed that it will close its factory in Swindon in the UK with the loss of 3,500 jobs.

In a press conference in Tokyo this morning, the Japanese carmaker said it will close the plant by 2021.

News of the likely closure broke yesterday, with unions warning that workers were “devastated” at the plans.

Yesterday local Tory MP Justin Tomlinson said he had been assured that the closure "based on global trends and not Brexit" – however, the timing of the announcement will be viewed as a further blow to the UK Government with just 38 days to go until it leaves the bloc.

Honda has previously warned that a no-deal Brexit would cost it tens of millions of pounds.

This morning, Honda said the closure was in response to "unprecedented changes in the global automotive industry."

The move comes amid reported friction between UK and Japanese negotiators on plans to secure a new trade deal following Brexit.

Meanwhile, a new deal between Japan and the EU means Japanese firms can now enjoy frictionless trade with the bloc without needing to locate here. 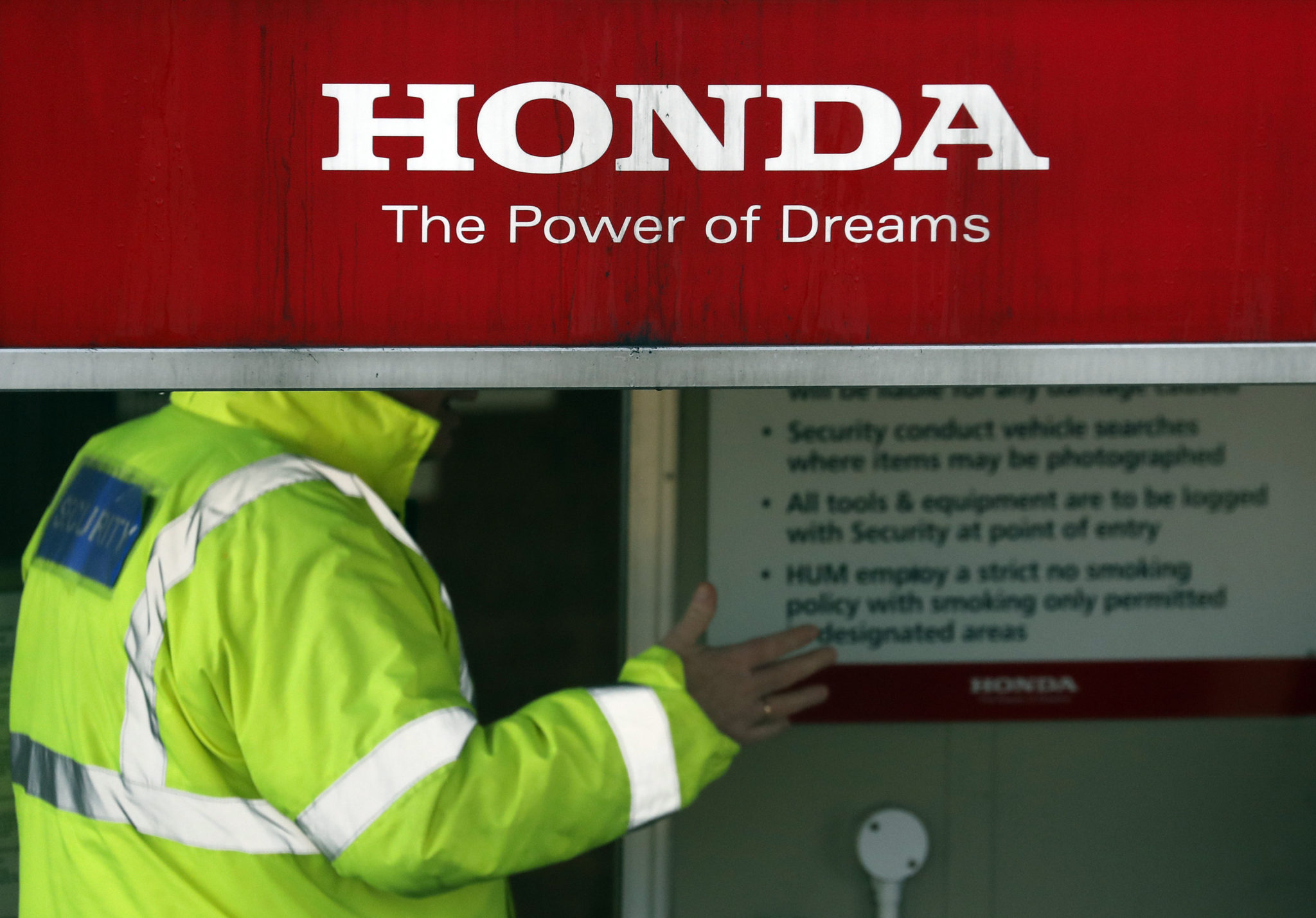 Honda produced more than 160,000 cars in Swindon last year – around 845 of which were exported to the US. Some 20% made their way to Europe.

The company said it was revising its global manufacturing operations amid the "significant challenges" involved in the transition to electric vehicles.

Katsushi Inoue, president of Honda Motor Europe, said: "In light of the unprecedented changes that are affecting our industry, it is vital that we accelerate our electrification strategy and restructure our global operations accordingly.”

"As a result, we have had to take this difficult decision to consult our workforce on how we might prepare our manufacturing network for the future,” he said.

“This has not been taken lightly and we deeply regret how unsettling today's announcement will be for our people.”

UK Business Secretary Greg Clark said the move was a "particularly bitter blow to the thousands of skilled and dedicated staff who work at the factory" as well as their families and many others working for the factory's suppliers who will be affected.

Mr Clark said: "As Honda have said, this is a commercial decision based on unprecedented changes in the global market. Regardless, this is a devastating decision for Swindon and the UK."

The decision comes weeks after fellow Japanese car-maker Nissan also dealt a major blow to the UK when it said it cancelled plans to build its X-Trail at its Sunderland factory.